If you live elsewhere but have a Michigan hold on your driving record after 2 or more DUI convictions, then you need to clear (meaning release) it so you can get a license in your new state. This is called a “clearance,” and getting it requires a person to file the exact same documentation and evidence that he or she would submit for a Michigan driver’s license restoration appeal. The really good news is that now, as Michigan driver’s license restoration lawyers, my team and I can handle these matters entirely remotely so that a person doesn’t even have to leave the comfort of his or her home to get it done. 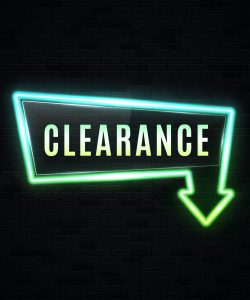 This is a huge change from how things were done before the Coronavirus pandemic. For years, license appeal hearings were either held in person, or through the Michigan Secretary of State’s (SOS) closed-circuit video system, both of which required a person to come back to Michigan. Now, hearings are done over a secure remote meeting platform, allowing every participant to be in a different physical location, while all being the same virtual hearing room. This saves the time and money previously required to come back to Michigan, and has really made things convenient for those who no longer live here, but have an SOS hold on their driving record and still want to get this done the right way.

Up until recently, I had always believed in holding live license appeal hearings, rather than going with the alternative, which is to file an appeal by mail, called an “administrative review.” Statistically speaking, only 1 out of every 4 administrative reviews actually wins, meaning that 3 out of 4 of them are denied, and these numbers have always remained consistent from year to year. Moreover, nobody knows how many times those who eventually do win an administrative review have tried before and lost. Put bluntly, the odds of success for any appeal by mail just plain suck.

I don’t sound want to sound like some salesman resorting to fear-based marketing, but I would never encourage anyone to do an administrative review, at least without first understanding the risks involved, and those go beyond merely losing.

I say this NOT because we’re money-hungry and simply out to get business, but because of the fact that anyone trying a “do-it-yourself” clearance appeal winds up stuck with whatever information and mistakes caused him or her to lose in the first place, and that can have huge implications for any subsequent appeal he or she later files.

Winning a Michigan driver’s license restoration or clearance case is already hard enough, but having to fix what somebody has already screwed up in a prior filing can range from a mild pain in the a$$ all the way to a huge pain in the a$$.

Remember, things like the letters of support that must be included with every case are considered testimony. When evidence like that is submitted, it becomes a matter of record, and it essentially becomes attached to the person who presented it.

A lawyer can’t just come back and change things next time around, after a person loses, to make a newly filed case “sound” like a winner.

If the evidence presented in a subsequent appeal is different than what was presented before, the hearing officer is going to require a very clear explanation as to why. This involves not only clarifying what was inaccurate about the evidence in the prior case, but also accounting for why it got presented in the first place, and how and why the person didn’t catch what they now claim wasn’t accurate.

Despite that, if someone wants to try a “do-it-yourself” appeal, then by all means, go for it.

If, as the odds go, it doesn’t work out, our firm will be here to help next time. To be clear, my team and I have never been unable to fix a case someone else has screwed up before, but sometimes, the cost of those mistakes is having to wait longer would have otherwise been required had we originally handled it the first time around.

This is why it’s so great that, at least now, anyone who wants to do this “right” the first time can do so remotely, without having to come back to Michigan. That’s a new twist on the process, and a real benefit to anyone considering it.

Previously, a person had only 2 choices:

2. Come back to Michigan twice: first, to hire us and have their evaluation completed, and then again, some months later, for the actual hearing.

Because of Covid-19, and as of this writing, the Michigan Secretary of State is doing all restoration and clearance hearings via a remote platform. Thus far, no plans have been announced to go back to live, in-person hearings, and it seems likely that, given how well they’ve worked out, and at least in clearance appeal cases, handling them remotely will always remain an option.

Moreover, both our office and our evaluator can handle all the legal and clinical work remotely, as well, meaning that even if the day ever did come when the Secretary of State stopped doing remote hearings (although that seems very unlikely), a person would still only have to make 1 trip back to Michigan, rather than having to do so twice.

Anyone who digs deep enough will find that, in the past, I wrote about my strong preference for live hearings instead of video hearings. However, back then, the state did not offer a truly remote way to do them.

Instead, the old system required a person and his or her lawyer to go to a Secretary of State branch office equipped with a video room and sit at a desk in front of a long-distance camera and a monitor projecting the same long-distance image of the hearing officer, complete with poor sound.

The whole experience was terrible.

I only did one such “video hearing,” sometime around 2018 (I had no choice, as we were hired for an ignition interlock violation after the matter had already been scheduled), and when it was over, I swore I’d never do another. I’d describe the technology used then as mid-grade, circa late 1990’s, meaning a good 20 years out-of-date.

Things are much different now, not just because they have to be, but also because technology has improved, and even sitting in front of a smartphone is an order of magnitude better than the grainy-picture and boomy-sound that one would have to endure while sitting in some side room at a Secretary of State branch office using an obsolete video system procured by the state from the lowest bidder.

Over the last months, our firm has conducted dozens and dozens of remote hearings over the internet. These are simply way better than the old “video hearings” that I hated so much.

In fact, things have worked out so well that my team and I still guarantee to win every license restoration and clearance appeal case we take. For everything I could say about the process, the old saying that “money talks” says it best.

In other words, we put our money where our mouths are.

Most of the time we’ve done remote hearings, we’ve have logged on while in our office, and our client has been at his or her home, but we’ve also had a few clients who have been technologically challenged and have elected to come to our office and sit with us, instead.

That’s not a problem. Our driver’s license restoration law firm can accommodate anything.

In fact, while most of our clients now elect to first meet with us remotely, we still do in-office meetings as well.

Yet for as convenient as this all can be, a person still has to be eligible to file a license appeal and meet the legal standards required to win.

We’ll stop here, and pick that up in part 2.