In part 1 of this article, we began an examination of how remote meetings and remote license appeal hearings have made it much easier for people who live elsewhere to get a Michigan hold off of their driving record so that they can obtain a license in their new state. In our practice as Michigan driver’s license restoration lawyers, we have been able to things set up so that our clients can do everything with us, from the first meeting to the last – and have the required substance use evaluation completed with our evaluator – all from home. 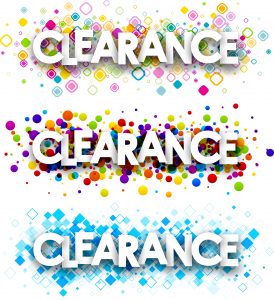 I also pointed out that the way the Michigan Secretary of State (SOS) now conducts license appeal hearings – over a secure remote platform – is much different (and better) than how they used to be done when they were called “video hearings.”  That method sucked, and I have long been critical of them. I only ever did one such hearing, and refused to do any more that way. In fact, my team and I had always been eligible to do the old-style “video hearings” at a certain Secretary of State branch office less than 5 minutes from our office, but chose, instead, to drive nearly an hour away, just to appear for a live hearing. That should say something.

Now, a remote hearing can be done over a cell phone, and the sound and picture quality are a million times better than how they used to be when using the clunky old equipment in some side room at an SOS branch office for what was then called a “video hearing.” Given how much better remote hearings are than the old “video” hearings, I genuinely like them, and that means a lot, because our firm guarantees to win every driver’s license restoration and clearance appeal case we take.  Because our guarantee is on the line, you can be sure my team and I wouldn’t do anything that could or would compromise a client’s case or chances of success.

This upshot of this is huge, because now, instead of requiring our out-of-state clients to come back to Michigan twice to get Michigan’s hold cleared from their driving records, they don’t have to come here at all! This new convenience is wonderful, but as I noted when we left off in part 1, in order to win a clearance, a person must still meet certain eligibility requirements.

Specifically, anyone filing a license appeal must prove 2 things to the Secretary of State, by what the law specifies as clear and convincing evidence:

First, that his or her alcohol problem is “under control,” meaning that he or she has been completely abstinent from alcohol for a legally sufficient period of time (in our office, we generally require a person to have been alcohol-free for at least 18 months before we’ll move forward with a case), and

Second, that his or her alcohol problem is “likely to remain under control,” meaning that the person has not only quit drinking, but has both the ability and commitment to remain alcohol-free for life.

The “meat and potatoes” of this boils down to a person having to prove that he or she has genuinely decided to give up drinking and is also a safe bet to never drink again.

And this brings us to the point where a lot of people have some difficulty, because they either haven’t completely quit drinking, and/or they use marijuana (I’ll get to the weed problem shortly).

Under Michigan law, anyone convicted of 2 DUI’s within 7 years, or 3 DUI’s within 10 years, is legally categorized as a “habitual alcohol offender.” Once a person gets that designation, he or she is also presumed to have some kind of alcohol problem.

Before anyone starts going off on the “They want me to say I’m an alcoholic!” rap, let’s be clear: that’s not true.

Instead, the state simply (and accurately) concludes that anyone who has lost his or her license for multiple DUI’s is a demonstrated (if only occasional) risk to drive after having overindulged, and that, in and of itself, is considered a “problem,”

The driver’s license rules have been written to make sure that the only multiple DUI offenders who are ever allowed back on the road are those who can prove that they’re unlikely to ever drive drunk again, and people who do NOT drink alcohol are zero risk to do that.

Accordingly, the Secretary of State will only grant a license restoration or clearance appeal for people who can prove they’re done with alcohol for good.

This also applies to marijuana. To be crystal clear, using recreational marijuana is a complete obstacle to winning a license appeal.

When a person is genuinely sober, he or she not only completely abstains from alcohol, but also from any mind, mood-altering, or potentially habit-forming substances, including marijuana.

I don’t want to go too far afield with this, but the bottom line is that you simply cannot win a license appeal if you use recreational marijuana. This has become a rather big issue since it has been legalized in Michigan.

However, the fact that marijuana is now legal completely misses the whole point about sobriety. Alcohol is legal, too, but to win a license appeal, a person has to show that he or she doesn’t use anything that can alter his or her consciousness.

Each Secretary of State hearing officer is going to carefully examine every bit of a person’s alcohol and/or substance use history to make sure he or she has been completely substance-free for a legally sufficient period of time, and is otherwise committed to never drinking or using marijuana again.

This is one of the key reasons why we meet with each and every client BEFORE he or she ever goes to have their substance abuse evaluation completed. My team and I use that first meeting to thoroughly prepare our clients to to undergo the evaluation process.

Now, our firm can do that remotely.

For our part, we will complete a special, custom form of our making, called a “Substance Use Evaluation Checklist,” and send it along to make sure that our evaluator gets all the necessary information that must be included on the evaluation form.

In addition, we’ll make sure the evaluator gets a coded or “marked up” copy of the client’s driving record, in addition to any other documents or information we believe to be relevant.

Another important thing we go over with each new client is the letters of support, and we make sure to provide him or her with a template to use for reference. Of course, an important part of our job is to check over and edit those letters to make sure they cover all the necessary details.

To do that, we require all letters to be sent back to us in draft form so that we can make the necessary edits to them. In practice, we make written corrections to over 99% of all the letters we see.

The reason for this is, in no small part, because the natural inclination of most letter writers is to say things about the person for whom they’re written like how good and nice he or she is, how tough it’s been for him or her without a license, and why he or she needs to be able to drive again.

Unfortunately, absolutely none of those things matter.

Letters of support are testimonial, and they are supposed to contain evidence.

A colleague of mine calls most of these first-draft efforts “good-guy letters,” because while they say nice things about the person, they completely fail to address any of the key legal issues in a license appeal case, and, as such, are completely useless.

Because we guarantee to win every restoration and clearance appeal case we take, my team and l make sure that everything is done correctly before we send it in. Our guarantee makes us every bit as invested as our clients in winning the first time around.

And there you have it, really. At the end of the day, when we take someone’s money for a license appeal, we do so with the understanding that we’re going to actually win their case.

Our guarantee obligates us to stick with every restoration and clearance appeal we file until it does win, but the simple truth is that we make our money by winning them the first time around, not having to come back and do the whole thing all over again next year (without further legal fees), as “warranty work.”

Now, we can do this remotely, so that a person can get Michigan’s hold released and then go to the Secretary or State or DMV in his or her new state and get a license!

If you’re looking for a lawyer to get a clearance of a Michigan hold on your driving record, be a smart consumer and read around. Read and compare how other lawyers explain the license appeal process, and how they explain their various approaches to it.

When you’ve done enough of that, start checking around. You can learn a lot by speaking to a live person, so give us a ring, too.