As a local, Detroit-area criminal and DUI lawyer, I am in court just about every single workday, strategizing and working to make things better for my clients. However, lots of lawyers are in court everyday, so that alone doesn’t make any particular one better than all of the others. The simple fact is that “better” is a matter of instinct, talent and skill. If you’re facing a probation violation because you’ve messed up, you need to hire the kind of lawyer who can talk the stripes off a tiger, talk you right out of trouble, and keep you out of jail. In this setting, the ability to persuade is the most important trait you need on your side. 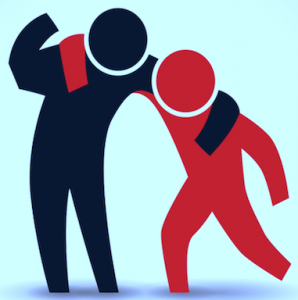 If we’re going to be honest about probation violations, then we need to recognize that the majority of them occur because a person has either done something prohibited (like consume alcohol, use drugs, or pick up a new charge) or not done something required (like fail to complete some kind of classes or counseling). Also common are cases involving things like a missed test (the courts basically conclude a test was missed because it would have been positive) or a false-positive test. By and large, how or why ever it may have happened, if you’ve been violated, you’ve probably screwed something up, even if that wasn’t your intent.

Judges, for their part, spend an enormous amount of time everyday listening to excuses about all this. For example, one of the most common (and least accepted) reasons given for a positive alcohol test is the use of cold medicine. It is so worn out that it is known as the “NyQuil defense” and so widely disbelieved that you can practically read the frustration on many Judges’ faces as someone tries to use it. Beyond the NyQuil defense, every Judge has heard every other excuse in the book, probably a thousand times over, so to get the best result in a PV, you can’t walk into court and sound like everyone else.

In a very real way, I think of probation violation cases as the true test of a lawyer’s ability to communicate effectively and speak persuasively. There are some really great attorneys who can make brilliant legal arguments about things like evidence and legal procedure, but that’s all dry stuff. When you’re standing in front of the Judge for violating probation, your lawyer needs to be the exact opposite of dry. As much as this requires a superb extemporaneous speaking ability, there has to be substance to what’s being said, as well. There’s an old saying that “if you can’t dazzle them with brilliance, baffle them with bull$hit.” Neither of those things are particularly useful here, or, maybe, you need a little of both. Remember, your Judge, like every other Judge, has heard it all. As a lawyer, when I’m handling a probation violation, I have to explain my client’s situation, keep the Judge’s attention (by not sounding like everyone else), and then persuade him or her to not lock up my client. At the end of the day, it’s what doesn’t happen to you that matters most, so all of this stuff can sound real good, but it’s really only worth anything if it keeps you out of jail.

If we look past all the pointless lawyer prattle about rights and evidence and everything else that won’t help you in a probation violation situation, what it comes down to is NOT going to jail. I say this not as a fear-based marketing tactic, because I’m the guy who writes all over the place that jail is not even on the menu in a 1st offense DUI, and that any lawyer who markets him or herself as being able to keep you out of jail in that situation is selling a whole lot of nothing, because you’re not going in the first place. It’s different, however, when you’re in front of the Judge for messing up while on probation. Here, to a greater or lesser extent, depending on a number of factors (most particularly the Judge), jail is not only on the menu, it’s pretty much the main course. As much as you need to avoid that, you also need to understand the irony of coming back to court and asking for a break when you’ve just screwed up the one you had.

Most people complete their probation without incident. At it’s most basic, probation is simple (although not always easy): you cannot do certain things, like drink, use drugs, or get arrested, and you must do a few others, like provide clean breath and/or urine samples, complete any classes or programs required, and do anything else the Judge orders. In the real world, though, plenty of people stumble over this. After a while, even if you were the Judge, you’d grow impatient with all the excuses. It’s one thing for a person to miss a test and explain that he or she was in a car accident and hospitalized for a few days, but most PV’s are garden variety missed or positive alcohol and/or drug tests. Most of the excuses are the same, worn out stories, whether offered by a lawyer or not.

When someone does test positive for alcohol or drugs despite being ordered to stay away from all substances, it can look very much like either a lack of respect for the Judge’s order (kind of like flipping him or her the middle finger), or, if not that, then like the person is suffering from irresistible cravings and can’t help it. Neither of these are good things. My job, in these situations, is to protect my client from being put into either category, except when someone really struggling with addiction has a slip. And when it comes to that, I can help like no other lawyer, because I bring an unmatched level of clinical knowledge, having completed a post-graduate program of addiction studies. It’s really easy to play the “sick” card, but that can also backfire, and result in a kind of over-pathologizing of someone’s situation that winds up getting him or her sent to all kinds of unnecessary treatment and testing. By contrast, those who are struggling need to be referred to the right counselor, and need a lawyer who knows how to do that.

Sometimes, though, people just have a drink because they want to feel normal, and not because they are trying to flip the bird to the Judge, or have an out-of-control alcohol problem. How do we explain this to the Judge? It depends. I realize that’s the classic lawyer answer that everyone hates, but it’s the stone-cold truth. Every Judge is different. Some Judges have their own, specific pet-peeve, or peeves. A comment that might not cause one Judge to blink can send another into orbit. You pay your lawyer to know this, and avoid doing this, and not only work around it, but know what does work in front of your Judge. This is why I concentrate my criminal and DUI practice the the Tri-County (Macomb, Oakland and Wayne) area of Detroit. You are either paying for your lawyer’s experience, or paying his or her tuition, and that’s the last thing you need when you’re in a tough spot.

Most probation violations don’t involve a scientific analysis of false-positive alcohol or drug testing, although I do deal with these kinds of issues quite regularly, as well. The week this article was written, I had a probation violation case for a positive drug test that really was the result of the inadvertent dermal absorption of THC. Most PV cases, however, arise because of a missed or (accurate) positive test. In those situations, you need a lawyer who, to be blunt about it, will talk the Judge out of sending you to jail.

And while we’re being honest, let’s acknowledge that if you’re facing something like your 3rd or 4th violation on the same charge, you’re really between a rock and a hard place. Look, it would be easy for me to write this piece in a way to make even those predicaments sound a lot more hopeful than they are, but I think I’ve made clear that I want this piece to be candid, and not candy-coated. The more trouble you’ve been in, the worse your situation, period. If you’re back in front of the same Judge, on the same case, multiple times, you need the best lawyer you can get to spare you from as much punishment as possible. That said, I had another PV the week this article was written, wherein my client had been violated twice before (meaning this was 3rd violation), had tested positive for marijuana, I managed to get his probation terminated with no jail or additional consequences.

When you’re looking to hire the right lawyer for your case, you have to be a smart consumer and read what he or she has written. Read the articles and website sections of the various lawyers you’re considering. Nowadays, every lawyer has a website, and some, like me, even have blogs. What you don’t find can be as important as what you do find, and I’ve always tried to distinguish myself by writing in a direct voice and providing real world information. Testimonials are fine, for about a minute, but they don’t really do anything more than feed your hopes. Look for information. Check around. When you’re ready, start asking questions. You can reach my office Monday through Friday, from 8:30 a.m. until 5:00 p.m. at 586-465-1980. All of my consultations are done over the phone, right when you call. We’re here to help.