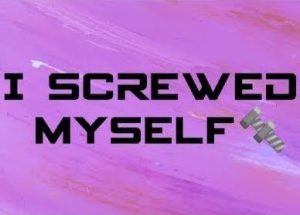 Unfortunately, my team and I have seen plenty of cases where a police officer has written a citation for “DWLS,” even though the person’s license was revoked at the time of the offense. It’s important to make clear that it doesn’t matter what’s written on the citation. Instead, what ultimately happens to a person will be based entirely upon whether his or her license was either suspended, or revoked, at the time of the incident.

Instead of wasting time examining the endless possible situations that rarely occur, we’ll center our discussion here on the most common, real-world situation people face when they start searching this stuff online. Accordingly, while some of what we cover here applies to both DWLS and DWLR cases, our focus will be on those situations where a person gets caught driving after his or her license has been revoked as a result of multiple DUI’s.

It’s worth noting at the outset that both driving with a revoked license (DWLR) and driving with a suspended license (DWLS) are covered under the very same provision of Michigan law. Moreover, under that statute, the potential criminal penalties are the same for both charges.

For everything we’re going to cover in this article, we should start with the proposition that there are essentially 2 kinds of people who drive without a license:

Without exception, and no matter what else the circumstances, it’s always better to be in the “everyone else” group. Unfortunately, this article is for people in the first group – those whose license has been revoked for multiple DUI’s.

The simple truth is that there is far less sympathy (particularly in the court system) for anyone who gets popped driving on a license that was taken away (either by having been revoked or suspended) after 1 or more DUI’s.

However, as legal things go, we can break this down even further, because within the context of DUI cases and license penalties, the difference between having a suspended license versus a revoked license is significant:

By law, a person’s license can only suspended as a result of a 1st offense DUI, but it gets revoked after his or her 2nd offense.

This means that anyone whose license has merely been suspended after a DUI, by operation of law, is someone who only has 1 prior DUI conviction (at least only 1 such conviction within the previous 7 years). To be clear, “1st offense” means all of the following charges:

By contrast, a driver’s license can only be revoked after a person has been convicted of multiple DUI’s, meaning either 2 DUI’s with 7 years, or 3 within a 10 year period. This means that anyone with a revoked license is someone with multiple prior DUI convictions. These are the people who are the focus of this examination.

Michigan’s DUI laws automatically categorizes any such person convicted of 2 or more DUI’s as a “habitual alcohol offender,” a designation that doesn’t make things any better when facing a subsequent DWLR (or mis-written DWLS) charge in court.

To clarify things, the distinction between a “suspended” and “revoked” license can be rather easily illustrated by using a school analogy:

Assume Tardy Tina arrives late to school so often that she’s finally warned that if she shows up late even 1 more time, she will be suspended.

True to form, Tina is late the very next day, and, as a result, is suspended from school for 3 days.

During those 3 days, Tina is still considered a student at the school, and receives all emails regarding events and scheduling. She is expected to keep up on her studies in the meantime, because she never loses her status as part of the student body; instead, she is just “sidelined” for a specific period of time (in her case, 3 days).

By comparison, assume that Destructive Dave gets caught Krazy-gluing all the keys together on the school piano, and it’s also learned that he also unbolted some of the toilets in the men’s bathroom, causing thousands of dollars worth of damage.

Dave is promptly expelled from the school.

As a result of his expulsion, Dave is NOT considered a student at the school anymore, and he has no right to return to it at any time in the future. He no longer receives updates about school events or schedules, because he has been completely kicked out of it.

A suspended license is like Tina’s school suspension; once it’s up, then everything goes back to how it was before.

A revoked license, by contrast, is like Dave’s expulsion from the school; no matter how long he waits, if Dave tries to re-enroll, he’ll be told that he can’t come back to the school unless and until the board of education considers and approves his re-admission.

To a certain extent, suspended license charges are the “easy-peasy” bread and butter money earners for most local courts. Loads of people forget to pay a ticket, or otherwise do (or don’t do) something that causes their license to be suspended.

In many cases like this, the person may not be on top of their affairs, but it’s still more a matter of overlooking something than just blowing it off or deliberately doing something wrong.

Very often, people charged with driving on a suspended license walk into court, somewhat freaked out because they’re facing a misdemeanor criminal offense that carries a maximum of 90 days in jail and a fine of up to $500.

For the normally law-abiding citizen who has never been in real trouble before, this is a huge deal, and scary as heck.

The good news is that, almost without exception, few people facing a DWLS charge aren’t within a million miles of going to jail, even if they don’t know that. However, even if they do realize that they’re at the bottom of the list for those who could get locked up, they’re still a bit nervous until the whole thing is done and over.

Everyone feel much more relieved to walk out the front door of the courtroom, instead of being taken away through the one at the back.

As DUI and driver’s license restoration lawyers, we know how to handle these cases so that we can often avoid having anything whatsoever go on our client’s record. While there are all kinds of possible plea bargains that can be worked out, some are much better than others.

In the context of a suspended license, it is the penalty ultimately imposed by the court that matters most, because the Secretary of State does not, under most circumstances, impose any further sanctions upon a person’s license.

When a person faces a suspended license charge (DWLS), the reason for his or her license was suspended in the first place really matters. As I pointed out above, suspended license defendants fall into 1 of 2 categories: those who had their license suspended after a DUI, and everybody else.

A person who has had his or her license suspended for not paying a ticket or failing to take care of some other kind of matter may not be the most organized, but that doesn’t mean he or she is a bad or risky driver, or otherwise some kind of defiant criminal.

In the real world, many people don’t even know their license is suspended for something like not paying a ticket , even though they should .

By contrast, when a person gets a DUI, there is no mistaking the license sanctions that follow. Anyone who gets a DUI has his or her picture license destroyed and is given a temporary paper license while the case is pending, and then gets a notice from the Secretary of State about if and when he or she can drive again.

When a person who is suspended as the result of a prior DUI gets caught driving, everyone – from the officer who makes the stop all the way through the every person in the court system – sees him or her as someone who not only refuses to follow the law, but is also just plain “risky,” as well.

Of course, this can be an unfair characterization in some, or even many cases, but if there’s one underlying concept in the court system, it’s the idea that it’s “better to be safe than sorry.”

imagine being a parent, and having your small child ask if he or she can go somewhere with a friend. When you ask who will drive them there, your kid tells you not to worry, because the friend’s dad will be driving them, and he said that everything will be fine even though his license is currently suspended for a DUI.

Would you let your kid go in that guy’s car?

That’s not a bad description of how a person whose license has been suspended following a DUI looks to those who work in the court system. But all this isn’t even the half of it..

We’ll stop here, and come back in part 2 to explore how revoked license charges seem “worse” in court, and how a conviction for DWLR can cripple a person’s ability to get his or her license back later on. We’ll look at the interplay between DWLR cases and license restoration appeals, and how things should be handled.