As Michigan DUI and driver’s license restoration lawyers, we use our experience and skill to actually make things better for our clients and produce the best possible outcome for them, whether we’re defending a criminal or DUI charge, or getting someone’s license back. As of this writing, I have published well over 1200 articles examining how things work in criminal, DUI and driver’s license restoration cases, and have explained as much about the legal process as I can. One thing I have not covered yet, however, is the very real element of luck, because it affects every case, and just about everything else we do in life, as well. 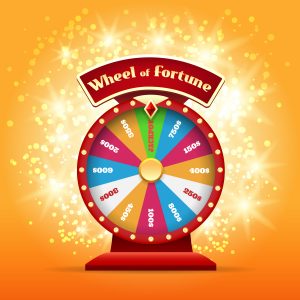 Like so many of my other articles, this one was inspired by a real life case involving a client arrested for DUI in about the toughest jurisdiction here in the Greater-Detroit area. I often write about the importance of location in criminal and DUI cases, because it does directly impact how a case will play out, but the underlying truth is that what really makes one location easier or tougher than another are the prosecutors and Judges who work there. Certain courts are just “tougher” than others, but that tends to follow a kind of general continuum, with the more lenient courts being clustered around each other, and vice-versa.

Another key point I make is that DUI cases are always accidents of geography. Nobody plans to go out and get arrested for drunk driving, and therefore nobody plans their route with any notion of not driving through the toughest jurisdictions and, instead, staying within those that are known to be more “forgiving” in case they get pulled over. And if that’s not enough, add in that there are some multi-Judge courts where the differences between those Judges – meaning specifically how “tough” any one of them is compared to the other(s) – can be very pronounced.

Accordingly, one person can get “lucky” and wind up with the more lenient Judge, while someone else may get the Judge who is rather the opposite when it comes to handling Michigan OWI charges. Just to clarify, Operating While Intoxicated is the actual legal term for what everyone just calls “DUI.” The same holds true for both criminal cases and driver’s license restoration appeals, as well, because there are various and different idiosyncrasies among the hearing officers who decides license appeals, and something that can be a sticking point with one hearing officer may not be any kind of issue with another.

Our job, as criminal, DUI and driver’s license restoration lawyers is to know all of this stuff, meaning who does what, and how.

Thus, when we work on a driver’s license appeal case, precisely because we can’t know, in advance, to whom it’s going to be assigned, we have to keep in mind that something that might be okay with almost all of the other hearing officers may not fly with just one of them, and prepare the case accordingly, in case we get him or her.

Since the assignment of criminal, driver’s license restoration and DUI cases are made randomly, it really is a matter of luck for a person to wind up with one hearing officer or Judge over another.

Of course, that luck can be good or bad.

In the real world, it’s equally possible that a person gets a DUI in a tough jurisdiction and winds up in front of the toughest Judge in the place as it is that he or she might at least catch a little break and get the most “flexible” (i.e., lenient) Judge there.

By the same token, a person might wind up getting arrested for OWI in a fairly easy-going jurisdiction and have his or her case assigned to the most lenient Judge in that court.

When all is said and done, the best possible “luck,” to the extent that you can call it that for anyone facing a criminal charge, like indecent exposure, or a DUI charge, is to wind up in the most lenient court, and in front of the most lenient Judge there, if there’s more than one.

What’s important to keep in mind is that this all happens randomly, so who winds up deciding any criminal, driver’s license restoration or DUI case is really just a matter of chance, or, as we’ve been saying, luck.

Although they may not write about it, the reader can be sure that every day, there are some lawyers who are happy to learn about the assignment and/or location of a particular case, while there are plenty of others who are not. This has been a constant factor in the practice of law forever, and make no mistake, there isn’t a Judge or Michigan Secretary of State hearing officer out there who didn’t have the very same feelings when he or she was in private practice.

In terms of the specifics about where or who is better/easier/nicer, the diplomatic and politically correct thing to say is that it’s matter of opinion, so we’ll stick with that here. For as much of a dodge as that answer may seem, there are differing opinions among lawyers about these things, and it becomes obvious when lawyers get together and “talk shop.”

For example, it may be the case that most lawyers share the dread having a DUI case in Court A, but when talking about Judge B, only some will complain, while others will observe they’ve never had a problem with him or her.

Yet for as nice and polite and “neutral” as all that sounds, here’s a fair and real-world observation for the reader: If you call around and find that most or all of the lawyers with whom you speak have a strong opinion, whether positive or negative, about a certain place, or Judge, or hearing officer, then there is probably at least something to that.

However, when just about every lawyer groans in displeasure about the same location or assignment to a Judge or hearing officer, it’s probably a sign of bad luck for anyone who gets it.

By contrast, if most of them express relief or otherwise say good things about a particular location, or assignment to a certain Judge or hearing officer, then that probably means, at least in the context of a criminal, driver’s license restoration or DUI case, that someone did get “lucky.”

No sane lawyer is going to publish his or her opinion about any “where” or “who,” and I’m quite sure no one has even ventured as far as I have here, in the article, but the fact is that all I’ve really done is just share a general (if otherwise unspoken) truth. Anything further by way of “opinion,” however, is best expressed in the confidence of a consultation, or the attorney-client relationship.

For all the luck involved in the where and who of a given case, it would be a huge oversight to not also mentioned the element luck when it comes to finding the right lawyer, as well.

It is a simple fact that, no matter what else, no one lawyer is the right choice for everyone. The “right” lawyer is not only someone who is a good lawyer, but also someone with whom the client “clicks.” If 2 people don’t see eye -to-eye, then little else matters.

Beyond that, however, a person must also put in a little time and compare attorneys before deciding who to hire.

One of the more crucial points to keep in mind is that, while it’s human nature to be drawn to the things you want to hear, and that sound “better,” it’s far more important to listen to the things you need to hear. This is sort of a take on the old adage that “if something sounds too good to be true, it probably is.”

Everyone who needs to win back their driver’s license or is facing a criminal or DUI charge hopes to go online and find good news about his or her case, but what matters more is learning the truth, even if it’s not as appealing or sexy.

Empty promises of great results are nothing more than overpriced disappointments.

In that way, a person can get very unlucky by hiring the wrong lawyer. I’m not going to completely dismiss the value of a recommendation from a family member or friend, but anyone seeking counsel should always do some comparison shopping of his or her own, as well.

To be sure, finding the right lawyer takes a bit of effort, but so does buying a new refrigerator, or TV set. While the where and who of a case is mostly a matter of luck, finding the best attorney for your needs should never be left to chance.

Neither, for that matter, should the choice of a new appliance.

I would be remiss if I didn’t point out that, if you’re searching for the most affordable lawyer, you’re going about it all wrong, I’d also be less than candid if I didn’t point out that, whatever else, you won’t find any bargains with our firm (or with any of the better class of lawyers), although we are the ONLY firm I have ever known to actually publish fees or and guarantee to win every driver’s license restoration case we take.

In that regard, I’ve never understood why lawyers treat the subject of cost like some big secret, and, personally speaking, I won’t do business with anyone who isn’t up front about cost. It has always been our policy to treat others as we would wish to be treated, and one way we do that is by publishing our prices online.

If you are facing a criminal charge or a DUI charge, or you are looking to win back your driver’s license, be a smart consumer and read around. Pay attention to how different lawyers examine the legal processes involved in those kinds of cases, and how they explain their various approaches to them.

All of our consultations are free, confidential, and, best of all, done over the phone, right when you call. My team and I are very friendly people who will be glad to answer your questions, explain things, and even compare notes with anything some other lawyer has told you.