A DUI charge can be overwhelming.  The more you look for information, the more you find, from scary sounding penalties to complicated (and expensive) legal analyses.  It is not wrong to simply want to get through it all and put this mistake in the past.  As much as I might not like to admit it, I am probably guilty, myself, of adding to all the complexity and the seemingly endless stream of information out there about OWI charges in Michigan.  To date, I’ve published over 300 DUI articles, and stand rather proud of my work.  Despite that, however, I think it’s time to try and simplify things from the point of view of the person actually going through a drunk driving case.  In my 26-plus years as a lawyer, I’ve represented every kind of DUI client you could imagine, from the trusting souls who simply ask for you to guide them in the best way possible (thankfully, I come fully equipped with a strong conscience, so I take that request seriously and live by the rule to treat others as I would wish to be treated), those that want to fight every part of everything, at every step along the way, to those people who just want to get on with their lives and who want the whole DUI to go away as quickly and painlessly as possible.  This article will be for that last type. 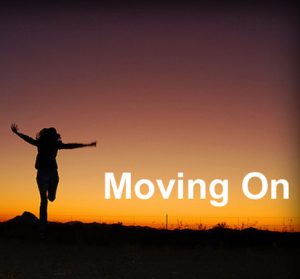 It is in the DNA of every lawyer, or at least it should be, to carefully examine the evidence in each DUI case to make sure it stands up.  To the unscrupulous, it might sound like a jackpot to find someone ready to pay your fee just to get through his or her DUI as quickly as possible.  To any REAL lawyer, though, the very first instinct is, and always should be, to obtain and look over the evidence before anything else.  A GOOD lawyer will always look for a way to beat the case.  Looking for it doesn’t mean you’ll find it, and, in fact, most drunk driving cases are solid enough to not be dismissed outright, but – and you can take this to the bank – you will NEVER find a way to get a case knocked out of court without looking for it first.  In all of the cases where I have found a way out, it was discovered by looking for it.  Most often, it’s not the client who comes in like some pissed-off constitutional expert, fist-banging the table and telling me how the cops got is all wrong who gets his or her case dismissed.  Those types are simple blowhards who make a lot of noise but very little impact.  Instead, it’s generally the more well-mannered person from whom I extract specific information by question and answer where we’ll find that one little nugget that can change everything.  It’s certainly no great revelation that most DUI cases are pretty solid, and certainly solid enough to not be thrown out of court, although that should never be the case for lack of trying.  A thorough review of all the evidence is a necessary and preliminary undertaking in every DUI case, despite the fact that some lawyers milk a lot of money out of their clients by making it seem that such basic, foundational work is something special or is some way more than routine.

While we’re here, let’s talk money.  This is kind of a taboo subject to many lawyers, but not with me; I like to be candid and up front, and I’m suspicious of anyone who’s not, or plays coy, especially about costs.  Among lawyers, there are all kinds of strategies to bring in new money: some use the free consultation thing as an opportunity to get someone into “the client chair” (by contrast, all my consultations are done over phone, right when you call).  Other’s use the ruse of “getting a little information,” and then inquiring about a person’s line of work to gauge how much he or she makes before quoting a fee (mine, on the other hand, are fixed).  Personally, I am repulsed by all of this secretiveness, and publish my fees both on my blog and my website.  If lawyers were cars, then my fees would put me in the BMW/Lincoln/Mercedes range.  I am not cheap, and have zero desire to compete with anyone else based upon price, but I also think that too many lawyers charge fees that are way beyond reasonable for the lack of specific DUI experience they bring to the table.  On this point, you will simply have to sharpen your consumer skills in order to get what’s best for yourself.  Of course, there is nothing to be had from the bargain, or cut-rate lawyer, but paying out really big money often does not buy any level of corresponding skill.  It’s just as easy to be sold out cheaply as it is to get “taken”  by paying too much for unnecessary work.

Who you are as a person, and also as a client, matters.  It is in some people’s nature to want to become an “expert” at everything they do.  The internet has made us all feel that we can do just that by “googling” endlessly.  I have a physician friend who has this sign he playfully displays that says something like “Warning: Patient will be charged extra for annoying the doctor with any self-diagnosis gotten off the internet.”  I have fallen victim to this tendency myself, but when I recall how frustrating it is to deal with amateur internet lawyers, I am reminded that beyond simple things like bicycle repairs, I’m hiring a professional precisely because he or she is the professional.  If you’ve done your homework, then you should trust that the lawyer you’ve hired will know exactly what to do to bring about the best result, and will, in fact, do nothing less.  Remember, a little knowledge is a dangerous thing…

At the end of the day,  most people facing a DUI charge simply want to unburden themselves from the stress of it all and just give the whole matter over to their lawyer, kind of like, “Here, you fix this for me.”  In a perfect world, all lawyers would do everything necessary and prudent, and nothing unnecessary or wasteful (particularly of the client’s money), in every case.  We don’t live in a perfect world, however, so the client has to screen lawyers carefully, and must always remember the admonition of “buyer beware.”  In other words, if you’re willing to pay for it, you can probably find some lawyer who will blow through your money and try subpoena everything under the sun, including the kindergarten school records of your arresting officer, all of which will get you nowhere.  And if you’re willing to settle for it, you can probably find some bargain lawyer who will charge next to nothing to go in and accept the first plea offer made by the prosecutor and essentially sell you out.  Instead, you want a lawyer who knows what to challenge, when to fight, and, most important, how to pull it all together to produce the best outcome possible for you.

In order to “move past” a DUI, you have to approach it intelligently.  I don’t mean this as sales-talk, or just word filler, either.  You have to learn certain things about your situation even before you hire some lawyer.  For example, if you’re facing a 1st offense DUI charge, and with the possible exception of just one Oakland County district court Judge, you’re NOT going to jail.  This means that you’re not only wasting your money on some lawyer who talks about jail, or keeping you out of jail (because you’re not going in the first place), but you’re also hiring someone who either knows better and wants to profit off your fear, or is so utterly clueless that you should run the other way.  Neither scenario is good.  You should alway hire “local,” as well.  In my own DUI practice, I stick to courts within the Tri-County (Wayne, Oakland and Macomb), Metro-Detroit area, and am familiar with all the Judges in all the courts here.  I wouldn’t take a DUI case in some distant court because my lack of experience with the parties, meaning the police agencies (it shouldn’t come as a surprise that some departments are “nicer” than others, and some have different standing policies that can affect your case), the prosecutors, the Judges, and the way things are done there, would be a disadvantage to my client.

The right lawyer will not only address your specific concerns (will this affect my professional licensure?  Will I still be able to drive to work?), but will focus his or her efforts on amelioration the consequences that will most affect you.  Many of my clients maintain busy schedules, and have no time to be attending unnecessary counseling sessions.  What good is all the “keep you out of jail” stuff going to be for someone who isn’t going to jail anyway?  Instead, I use my clinical training to make sure my client doesn’t test out in a way to be perceived as having any kind of risky relationship to alcohol (there is an inherent “alcohol bias” in the court system already, and it’s complicated by the fact that DUI offenders, as a group, have a significantly statistically elevated incidence of alcohol problems as compared to the population at large) when undergoing the mandatory written alcohol screening test, and during the pre-sentence interview with a probation officer that take place before he or she is sentenced by the Judge.

When your lawyer is accurately tuned into the facts of your case, and the likely consequences that will affect you most, then he or she can handle things in a way so that you can, to use some of the more common phrases, move past it, put it behind you, and get on with your life.  This means you don’t have to spend endless hours trying to be an internet legal scholar researching dead-end ideas about things unlikely to help you in your case, like the scientific analyses of breath test results.  Instead, you let your lawyer evaluate the evidence and decide how best to resolve the matter so that you wind up with the fewest legal consequences.  This is how you get past a DUI.

If you’re facing a DUI in any district or circuit court in Macomb, Oakland or Wayne County, I can help.  I concentrate in this field; I’ve never done a divorce or a will or a slip and fall in my career  Every case I take, every day, involves drinking and driving.  Whatever the facts of your case, I will produce the best outcome possible for you; no one can do more, and I will never do less.  We’re here to help, Monday through Friday, from 8:30 a.m. until 5:00 p.m. and you can reach at 586-465-1980.