As a Michigan DUI lawyer, there are tons of factual and legal issues that I must consider when handling an OWI case. That’s my job. Most of what you’ll find written on the internet focuses on things like evidence, including field sobriety tests and BAC scores, along with how cases work out and how and why plea bargains matter. Those are all important things, but they fail to look at how things feel, and are perceived, from the client’s point of view. Seriously, once you’ve hired a DUI lawyer, you should feel some relief, and all that legal stuff should become his or her problem. In exchange for what you’ve paid, you should have the comfort and confidence of knowing that your case will be taken care of in the most beneficial way for you. As the person facing the charge, your stress level should go down because you genuinely understand that you’re going to get through this, and that everything will be okay. 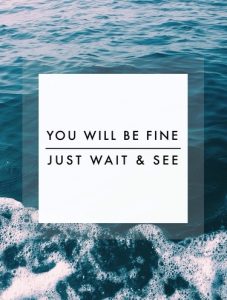 And it will. If it’s your first DUI, and even if you are charged with a high BAC offense, we can navigate around most, if not all of, the scary sounding penalties, including jail. Really, with only 1 possible exception in one Oakland County court, no one goes to jail in a 1st offense DUI case. While a 2nd offense DUI is pretty much a bucket of suck, it’s not the end of the world, either, and with any kind of good legal work, you can emerge unscathed, and often enough without any real chance of going to jail. In fact, unless you’ve racked up a bunch of prior OWI convictions, even if you’re looking at a 3rd offense DUI, you’re not going to go to prison (at least not here, in the Metro-Detroit, Tri-County area). In other words, no matter how bad things are or seem, you’ll get through this. Of course, the better your lawyer, the better things will be for you. After all, that’s exactly what you are (or at least should be) paying for. Whatever your situation, though, it always helps to realize that, down the road, in about a year or so, this whole mess will be behind you.

Ultimately, it’s not about whether you’ll survive a DUI – of course you will – it’s about getting through it with the least amount of consequences. I am a busy DUI lawyer, and my team and I handle a lot of cases. As far as experience goes, we are certainly in the “seen it all” category, and probably 10 times over, at that. Accordingly, I can honestly say that the worst punishment most people get in their DUI cases is self-imposed emotional stress, especially in 1st and 2nd offense cases. Some people just freak themselves out over a DUI way beyond what’s necessary. I hope the reader really takes the time to digest what I’m saying here, because the majority of DUI lawyers rely rather heavily on fear-based marketing tactics, even if they do so unintentionally.

I don’t. And that’s more or less the point of this article; your OWI charge probably isn’t going to turn out nearly as bad as you fear right now. Don’t stress yourself out over things that almost certainly won’t happen.

I cringe at the idea that some lawyers will dangle out all the possible penalties a DUI can carry, and then try to position themselves as uniquely able to “save” the client from them. Look, even if you wind up with the worst court-appointed lawyer out there, you’re going to make it through this. Have you ever driven past a bus stop and seen someone standing outside, waiting for the bus, and been really thankful that you don’t have to do that? Personally, I can’t imagine having to wait to hop on several buses for hours just to get to and from work everyday. It’s even worse when it’s raining, or super cold outside. To someone waiting on the bus, having ANY car would be like winning the lotto. If you gave some poor bus rider a free car, even if it was the proverbial “POS,” they’d be elated to have some wheels and the freedom it brings.

It’s kind of the same thing with a DUI case. The reality is that having a DUI lawyer is like one of those poor, bus-dependent souls getting a car. The difference between having to take the bus versus having a $500 “POS” car, versus a brand new Mercedes Benz is one of degrees; every one of them will get you to your destination, but the experience of getting there will be different with each. Whoever you are, you’re going to make it to the end of your DUI case. Even if you hire the absolute wrong lawyer and wind up going to jail, or otherwise get pounded with all kinds of classes and counseling and difficult probation and endless breath/urine testing, it won’t last forever. If you can afford a better lawyer, your ride through the case will be much smoother. Whey you hire better, you rightfully expect (and should get) a better outcome, including having to endure “less” than everyone else. Still, there will come a point when the case is all over, and in the past, whether you got the book thrown at you or were treated with exceptional leniency.

While everyone will get through his or her DUI, one important consideration is the legal baggage that makes it through with you, as well. Without exception, success in a DUI case is best judged by what does NOT happen to you, so getting through the case with less on your criminal record and less on your driving record is always better. Imagine if someone gets a really bad (but not life-threatening) gash across their forehead and goes to the ER. If the person is stitched up by Doctor Five-Thumbs Frankie, he or she will “get through” the injury just fine, but have a big scar across his or her forehead like a zipper. On the other hand, if the person gets stitched up by Doctor Detail, the wound will heal almost invisibly. Obviously, it’s better to be the latter patient, and not the former. At the end of your DUI case, you want it to be nothing more than an unpleasant memory.

A DUI case is like that non-life treating forehead gash. There’s no question of surviving it. In the case of an OWI charge, most of the bad things, like going to jail and losing your job, exist only in your head. For example, in that minority of cases where someone does go to jail in a 2nd offense DUI, the sentence is almost always limited to a few days. With only 1 real, possible exception, nobody every goes to jail in a 1st offense case. People get all worked up about losing their jobs and going to jail, but the truth is, those things almost never happen. Sure, if you have a CDL, or drive a school bus for a living and you get a DUI, you’re going to need to look at some different placement, if not employment. However, even if you hold any kind of professional license, you’re not going to lose it. If you are a physician or a nurse or a CPA or whatever, don’t torture yourself by imagining some big interview with people on the licensing board who will decide your fate; their won’t be one.

In fact, for people with professional licenses, DUI’s only matter at all when they become “DUI’s,” as in plural. Sure, if you’re racking up DUI number 2, or number 3, you may have to do some counseling, but in my 27-plus years, I have NEVER had any DUI client lose his or her professional license, and I’ve handled hundreds and hundreds, if not thousands, of 2nd and 3rd offense cases. This is why I noted earlier that most of the worst punishment people endure is self-imposed. For whatever reason, folks hop online, read all the frightening possible consequences of DUI cases, and then start preparing for the end of the world.

Have you ever heard the fast-spoken disclaimer at the end of a TV ad for some medicine, the one that says “…side effects include possible seizures, stroke, heart failure or even death. The most common side effects include diarrhea and vomiting and blurred vision…” WTF? What’s important are that those are all the side effects that could ever possibly occur, but almost never do. If you read about possible side effects first, you’d probably freak out and never take any medicine. It’s similar when looking at all the possible penalties for a DUI.

Really getting through a DUI begins with not freaking out, and is then followed by taking the time to gather real information and find a good DUI lawyer. Whatever else, a good lawyer will confidently and honestly reassure you that everything will be okay, because it will. This is not the end of the world, so don’t treat it as such. Don’t buy into any fear-based marketing. In the larger scheme of life, a single DUI is not much more than a pain in the rear. The better your lawyer, the less pain, but no one has ever died from a sore behind. Don’t punish yourself more than simply accepting responsibility for a bad decision and resolving to make sure it doesn’t happen again. No matter what, you’ll get through this…