In the previous article, I explained that right now, during the Coronavirus pandemic, the Michigan Secretary of State is conducting all driver’s license restoration hearings remotely. In this article, I want to examine the impact that going remote has had on the way Michigan criminal and DUI charges are being handled, both in the courts, and in our office. As of this writing (October 2020), we’re 7 months into the pandemic, and the legal world is adapting to handling cases in new ways. 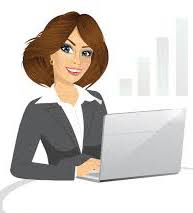 Having had to do that by sheer necessity, there are likely to be some permanent changes (at least in our practice) to the way criminal and DUI cases are handled in the future, many of which are favorable. Right now, in the Metro-Detroit area (meaning Wayne, Oakland, Macomb and the surrounding counties), “going to court” in many jurisdictions means connecting to a legal proceeding virtually. So far, we haven’t had a single complaint from any client who had to appear on a video conference with the court instead of actually having to have physically show up in it.

I don’t expect there to be any complaints, either. It’s basic human nature to prefer to do things the easier way, especially when the outcome is at least as good as it would be otherwise. There’s an old saying that “necessity is the mother of invention,” and even though the idea of holding meetings virtually is not any kind of new invention, society’s attitude about them, and expectations for them, have certainly evolved in the past several months.

The Coronavirus certainly necessitated these actions. Courts began conducting video hearings because they had to. Similarly, our practice began doing video meetings with clients because we had to.

At first, I was somewhat skeptical that any of this “virtual” stuff would work out in the context of legal proceeding and the practice of law.

That’s not to say that the whole “online court” thing has gone off without a hitch, but considering how quickly it was put in place, it has been a resounding success.

About the biggest issue we’ve had in the context of OWI and criminal cases is connecting with prosecutors. Let me explain:

When a session of court is scheduled, all parties have to show up for it, and that means all everyone is in the courthouse building. Accordingly, by having everyone together, prosecutors and defense lawyers would have a specific time for a conference to meet and discuss their cases.

Now, instead of having everyone in the same building at the same time to discuss the cases before they’re called in the courtroom, only the virtual legal proceedings, with the Judge already on the bench, are scheduled.

This is done assuming that the prosecutor and defense lawyer have already discussed the case and have figured out what they’re doing with it, even if that means they need another conference to discuss it further.

To be sure, the lack of a designated time for the defense lawyer and the prosecutor to meet makes it a bit challenging for them to catch up with each other. In the real world, a prosecutor may have dozens of lawyers calling them at all different times just about the cases being heard on a single day.

That’s our problem, though, and not the clients. No matter what, we make sure it gets done.

Still, even though there hasn’t been enough time to work all the “bugs” out of handling criminal and DUI cases remotely, there have been relatively few hassles, no big problems, and certainly nothing that cannot or will not be refined to work more smoothly, over time.

Overall, the convenience factor of the whole virtual court thing has been a success.

That’s not the half of it, though, and this get to the real point I want to make.

Because my team and I also had go virtual in order to “meet” with our clients – something we probably would have never thought to do before – we’ve discovered that, beyond just being super convenient, they’re also incredibly effective, as well.

If you would have asked me, before the pandemic, if I ever thought that our office would offer offer virtual, on-line meetings with clients as an alternative to having them come in to meet with us in-person for something like a DUI, or a suspended license charge, I’d have almost certainly said “no.”

I’m sure that a big part of this is because in-person meetings was the way things had always been done.

However, we got a lesson, in real time, that necessity is the mother of invention.

Now, having met with so many clients online, having gotten used to doing it that way, and learning, through experience, that we can virtually “meet” with a client and cover everything just as well as we could in-person, I can honestly say that I don’t ever see a time when we WON’T offer this as an option to meet with clients.

Why not? It’s not like we’re taking anything away; we still offer in-person meetings (more on that later).

Before I go further into our practice and the way we’re doing things, I should point out that some courts ARE beginning to open up right now, and a few are handling at least some cases in-person.

I have no idea how that will play out in the short run, as there is concern about a fall “surge” of cases.

Likewise, nobody knows how things will work out in the long run, but the success of handling things remotely may very well lead some courts to continue to offer at least some degree of virtual proceedings.

To quote every parent in the history of the world, “we’ll see.”

However, I do know that our office will continue to offer virtual client meetings as a matter of convenience. And to be clear, although doing things virtually can be more convenient for us, the real beneficiaries are the clients.

That’s the beauty of virtual proceedings; neither party needs to be in a certain place other than somewhere with an internet connection. As it turns out, we are usually in the office for our virtual meetings and court cases, but the larger point is that we don’t have to be.

As I noted above, our office is now open and we can meet clients in-person. Thus, virtual meetings are really nothing more (and nothing less) than another option added to the menu.

This will likely have particular appeal for anyone who doesn’t live close to us. Also, someone facing an indecent exposure charge is likely to appreciate not having to come in, as well.

However you cut it, there is simply no downside to having the option to not have to leave the comfort of one’s own home, or to be able not to have to leave work to meet with us virtually.

Although my team and I are still doing in-person meetings, the way we do them has changed a bit.

Right now, and for the foreseeable future, my team and I will only allow the client him or herself to meet with us at an in-office meeting, and we wear, and require our clients to wear, a mask.

Whereas we used to let the client bring whoever he or she wanted into the conference room to observe, that’s not an option for the time being.

Of course, a client is free to have anyone be virtually “with” him or her at an in-person meeting, either on their phone, a laptop, or whatever.

Likewise, we do allow the client to have anyone “with” him or her for a virtual meeting.

Part of why this has all worked out so well is the way we think of, and consequently handle, virtual meetings. We don’t consider a virtual meeting with a client as anything less than a full-fledged attorney-client meeting.

In other words, we accord these the same importance we would if someone had an appointment to meet with us in-person. In that regard, all virtual meetings are scheduled and times set aside for them as if the client was coming to meet us in the office.

Admittedly, there can be a temptation to treat a virtual meeting a bit more casually than an actual, in-person encounter.

We don’t do that.

That’s not to say that anyone needs to put on a tuxedo or evening dress before meeting with us online, but a virtual client meeting should be considered every bit as important and treated every bit as formally as an in-person meeting, and should be conducted during an appointment time specifically set aside for it, in a room free of distractions.

In other words, we treat virtual meetings the way we’d treat any in-office meeting. Sure, it’s okay to dress a bit more casually when meeting remotely, but we never lose sight of the fact that the reason someone becomes our client in the first place is serious, and we treat these interactions that way.

As has always been the case, a potential client can call us on the phone anytime during regular business hours for a consultation, and our existing clients can give us a ring for a more casual update about his or her case, to to ask a question, or whatever.

Nothing has changed about that. You won’t find an office that more accessible by phone than ours.

Sometimes, though, during the course of a case, it becomes necessary to have the client come in for a face-to-face meeting, because certain things are “better” discussed in a more formal setting than just over the phone.

Now, we can do that virtually, as well, because, as I have been trying to make clear, we treat those kind of communications as real meetings, and not merely phone calls, or a phone call with video.

As I stated above, before the pandemic, I would have never imagined this happening in our practice, but it has, principally because it had to.

It’s worth saying again: “Necessity is the mother of invention.”

In the case of client interactions and court proceedings, and, by all reports, in the business world in general, virtual meetings have largely been found to work rather well, and I have to agree.

I don’t know that I’d ever want to live in a world where virtual meetings were the only option, but having it as an option – as one choice among others – is a good thing, and we’re happy to be able to offer it.

If you are looking for a lawyer for a criminal or DUI charge, be a good consumer and do your homework. Read how lawyers explain Michigan criminal and DUI charges, and the legal processes by which these cases are resolved. Pay equal attention to how lawyers explain the way they do things, as well. When you’ve done enough of that, start checking around.

If your case is pending anywhere in Wayne, Oakland, Macomb or the surrounding counties, give us a ring, as well. All of our consultations are free, confidential, and done over the phone, right when you call. My team and I are very friendly people who will be glad to answer your questions, explain things, and even compare notes with anything some other lawyer has told you.