While everyone worries about staying out of jail and losing their driver’s license for a High BAC charge (technically called OWI with a BAC of .17 or Greater), there is another key concern often overlooked, or that even goes unnoticed, by a person scrambling to avoid the legal penalties in such a case; the perception that he or she has some kind of troubled relationship to alcohol. Anyone arrested for a High BAC is very much at risk to be seen within the court system as having an alcohol problem, and it is important to understand why that’s the case, in order to be able to do something about it. 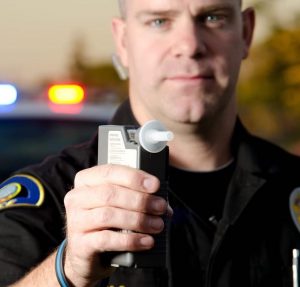 In order to keep this article of manageable length and on point, we won’t get into some big, general examination of High BAC cases, but rather why the very term “High BAC” generates an extra-negative perception, and what can be done to counter that. It is important to begin by noting that even though the main component of a High BAC charge is the elevated BAC result itself, that’s really just “the icing on the cake,” so to speak, because it builds upon the long-established fact that, as a group, DUI drivers have a higher rate of drinking problems than the population at large, meaning people who don’t get a DUI.

This ties into something so important, I recently completed an 8-part examination of it, and have even dedicated an entire topic section on this blog: the alcohol bias. We won’t re-examine it in much detail here, but the foundation of the bias is based upon that statistical reality that DUI drivers do, in fact, have a higher incidence of troublesome drinking than everyone else. This means that anyone walking into court for a DUI charge is seen as a member of that at-risk group. This is only exacerbated when you add a BAC result that practically screams “big drinker!”

The alcohol bias is a huge factor in every DUI case, and as I made clear in my examination of it, its biggest influence is in 1st offense OWI cases. By law, a High BAC case IS a 1st offense case, because the charge can ONLY be made against someone with no prior alcohol-related traffic convictions within 7 years from the date of arrest for any new charge.

In 2nd and 3rd offense cases, while the alcohol bias is still present, it is overshadowed by the simple presumption in the law, and the practical conclusion (essentially reflexive on the part of everyone in the court system) that every repeat offender clearly has some kind of problem with alcohol.

It is important to point out that “having an alcohol problem” does not mean that someone is necessarily a raging alcoholic. To clarify what is meant by terms like “problem” or “troublesome” in the context of drinking, we can use the old therapist’s axiom that “anything that causes a problem IS a problem.”

In other words, we can ditch the stereotype of a problem drinker as someone with a big, red nose who drinks all the time, or is otherwise some kind of heavy drinker, or binge drinker, or who gets the shakes without alcohol, or anything like that. A person who has to drink every day certainly has an alcohol problem, but so too does someone who only drinks a few times a year, but has already had a few scrapes with the law (or any kind of trouble, really) as a result.

The logic of this simple equation is beyond dispute: if something causes a problem, then it is a problem.

This can help the reader differentiate a situation where an otherwise normal, social drinker makes a mistake one night, overdoes things, and winds up getting a DUI, from something worse.

Limited to that one circumstance when a DUI just happens, that’s more of an “oops” thing than anything else.

However, if there are other issues involved, like the person has been drinking a lot lately (maybe he or she is going through some kind of “tough time”), or the person also has a MIP from years ago, or anything else that would indicate that this DUI is anything other than an isolated incident involving drinking, it may be the case that alcohol is the common denominator to them, and then we circle back to the notion that “anything that causes a problem IS a problem.”

Yet for as clinically true and relevant as that all may be, what I want the reader to understand is that the most salient characteristic of a High BAC case is the high BAC result itself, not the legal status of the charge. In other words, although the offense of “High BAC” is serious, and seriously negative, the fact that a person had a very high bodily alcohol content while driving is what sets off alarm bells in the court system.

There is some truth to the proposition that different people have different tolerances to alcohol, but as a general observation, a person’s tolerance to just about anything increases with practice.

For example, I have been a longtime subscribing member of the Fuego Box, a hot sauce club. My tolerance for heat is higher than average because I eat more spicy food than the average person. As the saying goes, “you get used to it.” Even people who are minimal drinkers will develop enough of a tolerance so that 2 drinks doesn’t have them stumbling around.

One local community, for example, refuses to charge any DUI as a “High BAC” no matter what the person’s breath or blood test result.

In addition, every location has it’s own “take” on High BAC cases.

Moreover, to a certain extent, the more a person claims that, despite a high BAC result, he or she was not very drunk, the more it reinforces, to those within the court system,  that he or she IS, in fact, a big drinker. The only way a person who was more than double the legal limit could not have been very drunk is if he or she has an unusually high tolerance for alcohol.

In the real world, though, almost everyone with a high BAC result will insist that they’re NOT a big drinker. In fact, if you only listened to what is said by people with high BAC’s, and those facing High BAC charges, they’d have you believe that absolutely none of them drink that much, or that often, and that, curiously enough, and despite their elevated alcohol test results, they all have an unusually high tolerance to alcohol, because, as they’ll often explain, on the night of their arrest, they only had a few.

In addition, they’ll often try and explain that even though they tested out with BAC’s more than twice as high, they somehow weren’t that bad, and felt “okay,” even though most people even a little over the legal limit are observably drunk.

This is about the worst thing a person can say in the context of any DUI case, much less a High BAC case.

Within the court system, precisely because so many DUI defendants in so many DUI cases say these same things about not being a big drinker and not feeling that drunk at the time of their arrest, nobody believes them (even if it is true in any given case). The reality is that people who hear this stuff all the time become deaf to such banter.

And there’s more, because for all the things people will say about how little they drink and how they didn’t think they were that drunk, it is a given that almost everyone will also severely underestimate how much they had to drink on the day of their DUI.

Many would have the world believe that they went out, had 2 or 3 drinks over several hours, and then somehow got pulled over and tested out with a BAC more than double the legal limit.

For that to be true, those would have to have been either 2 or 3 extra-size, super-strong drinks, or they contained some kind of “magic” alcohol.

For the average 180 pound man, 4 drinks in 3 hours will end up in a BAC of about .07, which is under the legal limit in Michigan.

Nevertheless, those who work in the court system expect to hear (because it’s what they always hear) a person claim to have drank so little that he or she couldn’t possibly have tested out over the limit in the first place, much less more than doubly so.

To their own detriment, many, if not most people facing a DUI (not our clients, of course!) will minimize their drinking behavior in some misguided belief they’re helping themselves.

As I noted, almost nobody in the system really pays attention when DUI drivers start spouting off any of this “minimizing” blabber. Moreover, they certainly don’t believe any of it.

If you try anything like that, all you’re doing is digging yourself into a hole. If your lawyer isn’t telling you to put a sock in it, then he or she isn’t helping.

We’ll stop here, and finish up in part 2.