Anyone who spends online time looking for information about a DUI charge will soon find that most legal websites hammer home the idea that it’s serious – as if he or she didn’t already know that. This kind of approach is called “fear-based marketing,” and it something that, as Michigan DUI lawyers, our firm scrupulously avoids. Instead, what I often try to do is make sure the reader understands that while a DUI is certainly nothing to be taken lightly, what will realistically happen in the vast majority of cases is not NEARLY as bad as he or she probably fears. 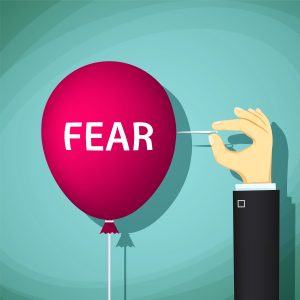 Apparently, there is a lot money to be made by scaring someone facing a DUI with all the maximum, worst-case potential legal penalties that can be imposed, and then positioning one’s self as being uniquely able to save him or her from them, or otherwise able to get the whole case dismissed outright, as if it’s that easy. If scaring people didn’t work, then so many of the online legal operations wouldn’t do it. As consumers, we are constantly exposed to all kinds of BS sales tactics, like ads for money-making schemes, miracle weight-loss programs, and an endless stream of medications that promise miraculous results.

The last thing anyone facing a DUI charge needs is that kind of stuff. Everyone knows that, “if it sounds too good to be true, it probably is,” but there is a flip side to that as well, at least in the way fear-based marketing is used in the DUI world, because a recent change in Michigan’s expungement law will soon allow for the removal of a single, 1st offense drunk driving conviction from a person’s criminal record. This, of course, directly undermines the fear-based messaging that a DUI conviction can  all but ruin a person’s life.

The simple fact is that a DUI is serious – but it’s far from the end of the world.

A principal problem with all that scary marketing isn’t just that it’s misleading, it’s that by trying to frighten people into a hiring decision for a DUI lawyer to avoid things that aren’t going to (or are very unlikely) to happen anyway, attention gets diverted from the very things that will or are very likely to happen.

In a sense, it’s like selling blizzard and snow damage insurance to a Florida resident, while ignoring the very real threat of hurricanes.

Just because the things that absolutely will happen to anyone going through a Michigan DUI charge don’t sound as horrible as getting locked up, losing one’s job, or otherwise being handicapped for life, doesn’t mean they should be overlooked.

As Michigan DUI lawyers, one of our first goals – especially in 1st offense cases – is to protect the client’s interests, and those include things that may not come to mind right away, or that he or she might not even know they have.

When someone is convicted of an OWI (Operating While Intoxicated – the correct legal term for what everyone simply describes as “DUI”) offense, Michigan law mandates some kind of driver’s license penalty. This can range from a short period of restricted driving in certain 1st offense cases to the outright revocation of a person’s license in repeat offense cases.

Whatever else, this is a reality that, without exception, must be confronted by every person facing a Michigan DUI charge.

From a marketing standpoint, a scary (and misleading) message like – “Even if this is the first time you’ve ever been arrest for a DUI, you need expert guidance, because you can go to jail for anywhere from 90 days to 6 months, and we can save you from that” makes a much stronger impression than a more calming (and accurate) message like, “In a 1st offense DUI case, you will never completely lose the privilege to drive, but proper handling of your case can help ensure that any restriction will be brief, and for the very shortest period of time allowed by law.”

Could you imagine an oncologist with a website that said something like, “If you don’t go to the right doctor, your cancer can spread and you will get really sick, suffer horribly, and then die!”?

Thankfully, the medical profession rarely resorts to fear-based marketing, although certain segments do push the “too good to be true” angle, promising to rid a person of pain, excess weight, or otherwise to make people beautiful.

What people need as they look around for DUI information is accuracy. In other words, they won’t benefit either from fear-based marketing or the “too-good-to-be-true” approach that makes it sound like some lawyer has a special and superior skill to beat DUI cases.

To be sure, some lawyers are definitely better than others, both in general, and within any specific field. However, there is no “secret” knowledge that any lawyer has that makes him or better than anyone else.

There are no patents on legal strategy.

Instead, a good Michigan DUI lawyer will, first and foremost, be someone who concentrates in DUI cases. There is a huge difference between being a DUI lawyer and just being some lawyer who “handles” DUI cases.

In addition, and no matter what anyone calls him or herself, experience matters. However, experience alone simply isn’t enough. There has to be an underlying skill, and talent, as well.

For example, I have played guitar for well over 40 years. I’m pretty good at it, but I’m a million miles away from really gifted people with less than a quarter of the experience. Even if I could quit working and stayed home and practiced for 16 hours a day, I would NEVER come close to the level of someone like the late Eddie Van Halen.

It’s the same with lawyers; some just have a more intuitive “feel” for how to do things and produce the best results better than others. I know my team and I are really good DUI and driver’s license restoration lawyers, and that we have a real “knack” for it, but I also know that it wouldn’t be the same if we tried to be divorce lawyers, or patent attorneys.

We have our own approach to how we do things, and it starts with being honest.

Instead of trying to scare people into hiring us, we take the time to reassure them and calm their misplaced fears, and explain how the DUI process works. The simple truth is that if you have been charged with a 1st offense OWI (Operating While Intoxicated) charge in the Greater-Detroit area (meaning in any court in Wayne, Oakland, Macomb, Lapeer, Livingston, St. Clair or Washtenaw County), you are unlikely to be facing jail.

If you’re looking for some lawyer to “save” you from jail, then you’re missing the point. That’s kind of like showing up in the ER with a minor scrape on your knee cut and asking the doctor to save you from needing to have your leg amputated.

Instead, the goal in every case should be to work on the things that really do matter, and that will affect you. As Michigan DUI lawyers, the first thing we do is obtain and evaluate the evidence to see if there is some way to challenge it, or to otherwise get the whole case knocked out.

The proper evaluation of evidence requires a lot more effort than just “looking it over” to see if something jumps out. Instead, we have to begin with the mindset that there IS something wrong with it, waiting to be found, and that we have to keep digging until we discover it.

Of course, that mindset doesn’t change the facts that actually do exist, and it doesn’t change evidence that is otherwise legally solid into anything less, but what it does mean is that, by leaving no stone unturned in our quest to “beat” the case, we can find all sorts of things that, even if not enough to get it dismissed outright, can be used to procure a better and more lenient result.

Having one’s driving privileges restricted is serious, and serious enough that it is imperative for a us to do everything possible to protect the client’s ability to drive.

Getting stuck in all kinds of counseling or treatment is serious, especially when it’s not really necessary and far more involved more than needed. Nobody wants to go through treatment for months on end when a simple alcohol education class will do.

Those kind of consequences are serious, and they are far more of a risk than jail in the vast majority of non-felony DUI cases.

In other words, it’s important to plan for the things that are either certain, or very likely to happen that to waste time trying to avoid things that are unlikely in the first place.

Finally, I would be remiss if I didn’t mention repeat offenses: For most people their 1st DUI is their last, but plenty enough wind up getting another, and some even more thereafter.

You can be sure that absolutely 100% of those people swore – and meant every word of it – when they said they’d never do it again.

However, just as a DUI “happens,” so, in some cases, does another. I know almost every reader facing a 1st offense will shake his or her head and say he or she will never do it again, but the fact is that it does happen to some people, and a lawyer taking that into account is very much what is meant by “the long view.”

Indeed, over the decades, we’ve had clients, and by that, I mean the kinds of people who by every account seemed the least likely to do so, who somehow wound up getting another DUI while their 1st case was pending –

It may not be the classiest thing to put it, but there is profound truth and wisdom in the phrase “$hit happens.”

Our jobs, as Michigan DUI lawyers, is both to make sure that, if something ever does happen to our client, he or she isn’t overly “exposed” in any way, and also do what is necessary now so that in the context of any new case, we can characterize the “old,” current case in the best way possible.

This means that we have to think in 3 directions: in the here and now, toward the future, and also, if that future ever warrants it, then back into the past. This is literally like a circle of time.

Ask any professional who has been doing the same thing for 20-plus years if he or she is better at it now than they were 10 years ago, and they’ll undoubtedly say “yes.” They may not actually do things differently, but all of that additional experience allows them to see a much bigger picture.

When a Michigan DUI lawyer has a reserve of practical experience that stretches back decades, there are certain connections that just “evolve.” It’s that ability to see and protect against the kinds of things that aren’t obvious that really gives him or her an edge that benefits the client.

That’s what anyone dealing with a DUI charge really needs, instead of some meaningless reminder that a DUI is serious – as if they already didn’t know that.

Serious, yes, but manageable, too, and that’s what really matters.

If you’re facing a DUI and looking for a lawyer, be a wise consumer and read around. Pay attention to how different lawyers explain the DUI process, and how they explain their various approaches to it. When you’ve done enough of that, start checking around. You can learn a lot by talking to a live person.

If your case is pending anywhere in the the Greater-Detroit area, give us a ring as well. All of our consultations are free, confidential, and done over the phone, right when you call. My team and I are very friendly people who will be glad to answer your questions, explain things, and even compare notes with anything some other lawyer has told you.