If you’re facing a 3rd offense DUI in Michigan, you already know it’s a felony, and that it’s serious; you don’t need anyone to make things worse by ratcheting up your anxiety. Fortunately, a 3rd offense DUI is manageable, and, if handled properly, doesn’t have to be the nightmare you may fear. This isn’t to say it’s going to be a walk in the park, but the first thing a person should do is take a little time to learn what’s involved in these cases, and then compare what different lawyers have to say about them, rather than rushing out and make any quick (and regrettable) decisions out of fear. 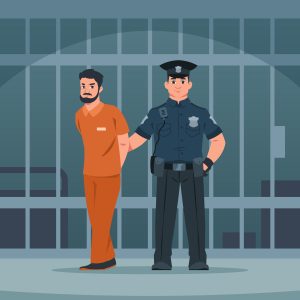 No matter what, people are vulnerable when they’re afraid. A lawyer should never take advantage of that, but rather, should do what he or she can to help or protect any such person and calm his or her anxieties – especially about those fears that are misplaced. That’s really what I hope to do in this article, as I’m sure it will be read by at least a few people outside the geographic area where my team and I concentrate our DUI practice. Because a 3rd offense DUI involves so many factors, we’ll divide our examination into 6 parts in order to adequately explain how things work, and what a person can expect.

That may sound like a lot, but it’s not. I’ve written this piece in a very conversational tone, and it’s really a fast read. I started out trying to keep it as short as possible, but anything less than what’s here would have to leave out important points about 3rd offense DUI cases. To be sure, any kind of comprehensive examination of 3rd offense DUI charges in Michigan would be an entire book in an of itself, so our goal here will be to introduce and summarize the most important aspects of them. There is simply no way to lump all of these things into anything less without skipping over crucial points.

Only by first getting acquainted with the realities of a 3rd offense DUI can a person move past being scared of things that won’t happen, and then prepare for others that are either likely to occur, or just plain inevitable.

In that spirit, let’s begin by acknowledging that everyone’s first hope when charged with a DUI is to get out of the whole thing completely. However likely or not such a result may or may not be in any given case, a Michigan DUI lawyer should always make that the the primary goal once he or she is hired.

To determine whether than can happen or not, ALL of the evidence needs to be carefully examined. That means watching every frame of the dash cam and body cam video, and scrutinizing every other bit of evidence, as well. Whatever the facts, a DUI case will NOT dismiss itself, and no Judge is going to toss a case out of court unless he or she has no other choice.

Accordingly, it’s the lawyer’s job to leave a Judge with no other choice.

That all sounds good as a talking point, but there is a lot more to properly handling a DUI case than just a bunch of crafty wording on a website. Indeed, there are several underlying realities that tend to get rolled over in all the online attorney marketing, like the “we fight everything” legal messages that have seemed to spread everywhere in the last few years, as lawyers try and outdo each other for the reader’s attention. We’ll avoid that approach in this series.

Instead, it will be helpful to first look at Michigan’a actual DUI law. We’ll do that quickly, and then summarize all that legalese into a plain-English explanation. The relevant portion of the law for 3rd offense OWI cases (linked here: Operating While Intoxicated) reads as follows:

(c) If the violation occurs after 2 or more prior convictions, regardless of the number of years that have elapsed since any prior conviction, the person is guilty of a felony and must be sentenced to pay a fine of not less than $500.00 or more than $5,000.00 and to either of the following:

(i) Imprisonment under the jurisdiction of the department of corrections for not less than 1 year or more than 5 years.

(d) A term of imprisonment imposed under subdivision (b) or (c) must not be suspended unless the defendant agrees to participate in a specialty court program and successfully completes the program.

The entire OWI law is big, and and sweeping, but for our purposes in this article, there are 3 takeaways that are relevant for anyone arrested for a 3rd DUI offense:

1. If a person has 2 prior alcohol-traffic (DUI) related convictions, no matter how long ago either or both of them occurred, and then he or she picks up another – at any point in his or her LIFETIME – it’s considered a 3rd offense.

3. If a person is admitted to and completes a specialty court program (like sobriety court or adult treatment court) the Judge can waive any part of that mandatory minimum 30 days in jail.

There are, of course, other things, like fines, costs, and points that will be assessed, along with conditions of bond, probation, and driver’s license sanctions.

The issue of driver’s license sanctions, which can get very complex, depends entirely on the status of the person’s license at the time of his or her arrest, and when a his or her prior convictions occurred:

Although this can be confusing, it is important that the lawyer be able to not only clearly explain this to the client, but also take his or her specific license situation into account as part of a larger strategy so that the person can get it back as soon as possible. Proactive measures undertaken early on in a 3rd offense DUI case can have a major impact on someone’s chances of winning a driver’s license restoration case down the road.

The legal process for a 3rd offense DUI is, in many ways, similar to, but in other ways, very different from how things work in 1st and 2nd offense cases.

For example, most DUI cases begin with an arrest. It’s rather likely that the reader has been through this part of things already, so we won’t waste much time rehashing it.

Usually, the person is released from jail the next day by posting an interim bond, but not always.

Where it can start out differently is that in plenty of 3rd offense cases, he or she is brought to court to be arraigned before release, and it’s there that a bond is set. Given that a 3rd offense DUI is a felony charge, and because it’s a felony for having been caught driving drunk at least twice before, it’s considered more serious, and the bond amount is usually higher than the nominal amounts typically required in 1st and 2nd offense cases.

We’ll stop here for now, and return in part 2, picking up with the first step in the court process – the arraignment – and then examine what happens thereafter.