In part 2 of this article, we looked at the early court phases of a Michigan 3rd offense DUI case. We noted that in most instances (there are exceptions, like when a person is injured in an accident) things begin with arrest, and that the formal court process starts at the arraignment stage. We saw that the 2 main purposes of arraignment in a 3rd offense drunk driving case are to set the bond amount, and the bond conditions, which will always include an order to refrain from the use of alcohol, and to impose a testing schedule to ensure that the person complies. 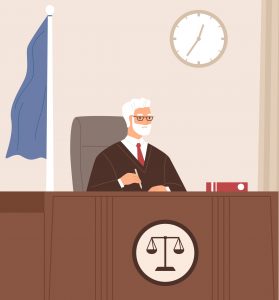 We noted that the arraignment is followed by the scheduling of a probable cause conference (PCC), along with a preliminary exam (PE). The end result of the PCC is either a plea bargain, a decision to actually hold the preliminary examination, or, in most cases, the choice to waive it and have the matter bound over, meaning sent “up” to the circuit court for further proceedings. Unless a case is pled out or dismissed in the district court, the next step thereafter is what’s called a circuit court arraignment, which is largely a repeat of the district court arraignment. Although the circuit Judge can, they usually don’t make any changes to the bond at this stage.

After the circuit court arraignment, the case will then be scheduled for a pre-trial. In essence, a pre-trail is any meeting after the arraignment, but before a trial, between the prosecutor and the defense lawyer to discuss the case. There are usually several (and sometimes, a lot) of pre-trials. This is where the key issues of the case are discussed, and plea and sentence bargains negotiated. In the real world, the vast majority of DUI cases, including 3rd offense DUI cases, are resolved through negotiations at the pre-trial stage.

Sometimes, though, no agreement can be reached. Although that usually doesn’t happen, there can be any number of reasons for the defense to hold fast and NOT take a plea.

Whatever may happen in any given case, there are only 3 ways a DUI charge can be resolved:

1. It gets dismissed at some point,

2. A plea agreement is reached, or,

3. The matter is decided through a formal trial.

TRIAL. At its most basic, a trial is a formal hearing, governed by the rules of evidence, wherein the prosecutor must present enough evidence to prove the charge or charges against the person beyond a reasonable doubt.

The defense can challenge and question that evidence, and can present its own contrary evidence, as well.

In the final analysis, and when all has been said and done, and all the evidence has been introduced and cross-examined, a decision, called a verdict, is rendered.

A trial can be held before and decided by a jury, or, in some cases, a person can waive his or her right to a jury trial, and have the entire case decided by the Judge in what’s called a bench trial.

As was pointed out above, very few DUI cases actually do go to trial (and very few of those ever succeed). Instead, the the overwhelming majority are resolved through some kind of plea and/or sentence agreement. Accordingly, we won’t waste any more time in this piece examining something that is extremely unlikely to occur.

Although it’s natural to think that the next court phase following a plea or conviction is the sentencing, there is a critical, in-between step that is really the key to what will ultimately happen to a person – the pre-sentence investigation.

PSI (PRE-SENTENCE INVESTIGATION). Under Michigan law, prior to being sentenced for any DUI offense, a person must undergo a mandatory alcohol screening.

Separately, Michigan law also requires a person being sentenced for any felony conviction to undergo a formal pre-sentence investigation.

This means that even if a person’s 3rd offense DUI is negotiated down to a 2nd offense misdemeanor (whether at the district or the circuit court), he or she will still undergo a pre-sentence investigation carried out by a probation officer.

Any PSI in a DUI case will include the administration of a written alcohol screening test. Each answer on these “tests” has a point value, and the total is added up and compared to a scoring key to determine if a person has, or is likely to develop an alcohol problem.

Anyone facing a 3rd offense DUI (meaning anyone who has 2 or more prior alcohol-related driving convictions) will, simply by virtue of each of his or her past convictions, automatically score above what’s necessary to fall into the range of having a drinking problem, so our focus must be upon making sure he or she doesn’t unnecessarily and otherwise score above and beyond that, and to use any kind of counseling or treatment he or she has undertaken proactively in such a way as to help in that regard.

The alcohol screening test is part of the larger PSI process, which includes a mandatory interview with the probation officer. The probation officer will thereafter gather background information about the person, get the facts of the current case, and then, using all of those things, together with the person’s result from the alcohol screening test, will generate a written sentencing recommendation that is sent to the Judge advising him or her exactly what to do to the person.

That recommendation is, by far, the single most important determining factor in the outcome of the case.

In all DUI cases, the sentencing recommendation can really be seen as a blueprint for what’s going to happen. Accordingly, the key to getting a better (meaning more lenient) sentence is for the lawyer to thoroughly prepare the client for the PSI (something my team and I do) and, thereby, to make sure he or she gets a better sentencing recommendation in the first place.

If the reader has any prior DUI convictions, then he or she should be familiar with how all of this works. A fuller discussion of this important phase would take us off course and bloat this already long-enough, 6-part article, so anyone interested should follow the included links for more information.

Once a person has gone through the PSI and the sentencing recommendation has been prepared by the probation officer and sent to the Judge, then the case is ready for its final step in the court process – the sentencing.

SENTENCING. This is where the Judge decides what he or she is going to do to the person as the result of his or her 3rd offense DUI conviction. Put another way, this is where you find out what is going to happen to you.

As noted above, the PSI report and accompanying sentence recommendation are critical in all of this. The importance of that really cannot be overstated.

Not surprisingly, more favorable (as in more lenient) outcomes are the result of good work, and the necessary efforts to make that happen begins from the moment a lawyer takes on the case. Some of the first proactive steps taken right at the outset will become important here.

This is also where a person will reap the benefits of having the right lawyer. Any attorney in the world can take someone’s money, stand next to them at sentencing, and drone on to the Judge about how sorry the person is, and that he or she wants to just put this in the past and move on with life.

In that moment, however, the lawyer is either going to grab and hold the Judges attention – or not.

Whatever else, a person should never look back and realize that he or she paid for “or not.”

Instead, the lawyer must persuade the Judge, by showing through the person’s proactive steps taken from the outset of the case, that he or she really has “seen the light,” so to speak, and this case really was a true wake-up call for him or her.

The voice of the lawyer is important, but it cannot stand alone. This is why a DUI case really is a team effort between the attorney and client. This is also where, as the old saying goes, “the proof is in the pudding.” No matter what any lawyer says or writes or whatever, the gold standard never changes – Success in a DUI case is always best measured by what does NOT happen to you.

That’s the boiled down version of the 5 stages and legal process in 3rd offense Michigan DUI cases. As far as the case itself, a 3rd offense drunk driving case, like any other criminal or DUI matter, really does turn on the evidence. Obtaining and carefully examining that evidence is the first step, but then it must be properly managed.

We’ll leave off here, and come back, in part 4, to look at the role of evidence, and begin examining some of the other realities anyone facing a 3rd offense DUI charge will have to deal with.