In part 3 of this article about 3rd offense DUI cases in Michigan, we wrapped up our overview of the court process. We looked at both the similarities and procedural differences between a felony, 3rd offense DUI, and 1st and 2nd offense cases, keying in on the fact that the vast majority of all DUI cases are resolved during the pre-trial stage. We repeated the gold standard – that success in a DUI case is best measured by what does NOT happen to you. Finally, we noted that, above and beyond anything else, a DUI case turns on the evidence, and that it must therefore be properly managed. 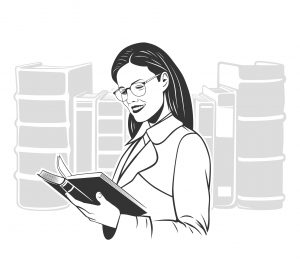 Let’s begin here by looking more closely at managing the evidence. In a recent article, I wrote about the risk of a lawyer in a DUI case trying to use a limited portion of police video in legal proceedings when the larger recording clearly shows a person bumbling around intoxicated. When a person is making a legal challenge to some part of the evidence from a DUI arrest, and a Judge or hearing officer is being asked to rule on a point of law while the video shows both that the person was driving AND was obviously under the influence, it’s all but impossible to “un-see” that.

In other words, while a lawyer can “fight” just about every bit of evidence in a case, there has to be an intelligent defense and management strategy to those efforts. In reality, if a person who has been convicted of 2 prior DUI’s goes to court to challenge some part of the evidence and uses the kind of video described above, it’s going to be a very difficult task to get some Judge to bend over backwards and be happy to dismiss a 3rd offense DUI charge made against a repeat offense drunk driver who was obviously driving drunk – yet again.

If this is the main thrust of some lawyer’s defense plan, then the he or she better have an airtight legal argument that leaves the Judge with absolutely no room to exercise any discretion and NOT exclude the evidence.

An even bigger mistake that many lawyers make is starting out in a case with an intention to merely review the evidence and merely see what’s there. That’s like looking on the ground and hoping to find a winning lottery ticket, or like a boxer going into a fight, not with the clear intention to win, but rather just to “see what happens.”

Instead, a DUI lawyer must evaluate the evidence with the mindset that there ARE mistakes and problems within it (and there usually are), and that it’s his or her job to find and use them to get the client out of the charge.

In other words, it’s a losing game plan to just look over the evidence and see what “jumps out.” A good DUI lawyer will begin his or her review of that evidence with the resolve to beat the case and a determination to find whatever is necessary to do just that.

In the real world, of course, the vast majority of DUI cases are NOT so fatally flawed as to be dismissed outright – but – by having that kind of determined mindset from the very start, and evaluating the evidence in such a careful way, my team and I do find things that might otherwise be overlooked by a less careful analysis.

Even if something is not significant enough to get the whole case thrown out of court, it can often be used to negotiate a better deal, or to otherwise help bring about a more favorable outcome in the client’s favor.

In that same way, unless a case is going to be tossed out of court, then taking proactive measures from the very outset in order to minimize the potential legal penalties and negative consequences isn’t just important – it’s critical

This isn’t just about going to AA, or getting into counseling to “look good,” either. Anyone facing his or her 3rd DUI charge has to face the fact that the whole situation starts out not looking good.

It’s important to understand that it is taken as a foregone conclusion by everyone in the court system that any 3rd time DUI offender has an alcohol problem. Even if a person could prove that he or she rarely ever drinks, the fact that his or her relationship to alcohol has resulted in a 3rd drunk driving arrest means that, whatever else it may or may not be, that relationship is clearly risky.

This means that any explanation like, “But I don’t drink that often,” or “I really don’t drink that much” is a complete waste of breath. At the point where a person gets caught up in DUI #3, nobody cares how often or not he or she drinks, but is instead concerned about what a risk he or she is to the public when they do imbibe and then drive, and what needs to be done to stop them.

Plenty of people will want to argue about this, however, and think they can somehow minimize the role of alcohol in their DUI situation to their advantage. This, of course, is because they don’t want to stop drinking.

We need to pause for a moment, because it’s right here, at this point, where things really do get serious. If a person is lucky enough to be among the very few people who have some technical way to get out of his or her DUI entirely, then good for him or her.

If the case isn’t going to be dismissed outright, however, then it’s time to step up and be proactive. That starts with really understanding the situation.

If you’re facing a 3rd offense DUI, you first have to accept the you don’t control the narrative. You can jump up and down all day long and try and tell the court that you were just unlucky, or that you know it looks bad, but that you really don’t have a drinking problem, but all of that is, as noted, a waste of time, and will get you nowhere.

The bottom line is that your lawyer’s job is to save your a$$, and if he or she doesn’t make this part of things crystal clear from the outset, then he or she is the wrong lawyer for your case. This is what you pay for! As noted above, it is both presumed by law and assumed, as a foregone conclusion, that any 3rd DUI offender has a drinking problem.

Some people suddenly get this, and for them, the 3rd offense is their true “light bulb” moment, or wake-up call. Part of making a 3rd offense DUI situation better involves helping the person him or herself get better – if they want that kind of help.

Others may not be quite ready to go all in on the drinking problem thing just yet, but they know better than to argue that they don’t have one, understanding, at least, how the court is going to see things.

A few, however, will remain defiant, because they don’t think drinking really is the problem, or they otherwise believe that they’re going to have to admit to being some kind of full-blown “alcoholic,” when, in fact, that’s not true. Nobody in the court system is preoccupied with labeling a DUI offender as an “alcoholic”, but the flip side is that whatever one calls it, anyone with 3 DUI’s absolutely does have some kind of drinking problem.

In a conversation I had recently with our senior assistant about this very topic, she related to me how she uses a gambling analogy to explain this to people who are put off by any kind of label, like “alcoholic.”

She said that, when speaking with such a person, she’ll use the hypothetical of someone who loses all of his or her money at the casino, but doesn’t want to be called an addict, or a problem gambler.

She noted that, if you break it down to show the person that the reason he or she is behind on some of their bills is because they are losing their money by gambling, however often or not they actually do go to the casino, that’s a problem, and they can’t argue with that.

This is really a version of the old adage that anything that causes a problem IS a problem.

In a 3rd offense DUI case, the entire court system (and pretty much everybody else, as well) has ZERO doubt that the person has some kind of troubled relationship to alcohol. Nobody really cares about how to label it; they just want the person to stop drinking, and, more than that, stop driving drunk.

I don’t know if I’m the only lawyer to speak this candidly (I certainly hope not), but here is an iron-clad guarantee you can take to the bank: If you’re in court for a 3rd offense DUI that isn’t otherwise being dismissed, and you say that you don’t think you have a drinking problem, you’re making your situation worse.

In fact you really couldn’t say anything that would be much worse in the context of a 3rd offense DUI case.

To be blunt about it, even if a person really doesn’t think he or she has a drinking problem, this is the time to shut up and just follow the game plan. You, as a person, pay a lawyer to make things better. Accordingly, and whatever else, don’t hire any lawyer who isn’t firm on this point.

Even in a 2nd offense DUI case, it is presumed by law, and assumed by the court system (and pretty much everyone else), the person has a problem with alcohol. A key goal of the law in 2nd offense cases is to try and separate him or her from alcohol as much as possible.

If that didn’t work, and the person is now back for his or her 3rd drunk driving offense, then the situation is even worse.

Accordingly, part of being proactive means that a person has to silence any voice in his or her head that tries to rationalize their drinking. Even if you aren’t yet ready to accept that your relationship to alcohol has grown problematic, at least shut up and keep that to yourself, and prepare yourself to “go with the flow,” rather than just digging yourself into a deeper hole.

When I said that everyone in the court system, and really the whole world, assumes that anyone with a 3rd drunk driving has a problem, I mean to include myself in that, as well.

Our job, as Michigan DUI lawyers, is to get our clients out of their situation and avoid as many of the legal penalties and negative consequences as possible; that’s DUI success. We’re not here to judge anyone, but rather to help, and sometimes, that can mean just helping a person to just not get in his or her own way.

We’ll leave off here and return, in part 5, to continue our examination of what to expect in a Michigan 3rd offense DUI case.