In part 5 of this article about 3rd offense DUI cases in Michigan, we wrapped up our examination of a person’s relationship to alcohol. There, we reiterated 2 key takeaways for anyone facing a 3rd offense DUI charge: First, the law (along with everyone in the court system, and just about everyone else in the world) simply concludes that the person has a drinking problem. Second, even if the person facing the charge thinks differently, this is the most important time to for him or her to just shut up and not argue the point, because that will only make things worse. 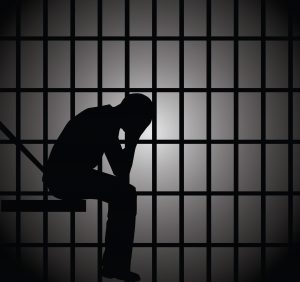 Instead, anyone facing a repeat offense DUI, meaning anyone facing his or her 2nd offense, much less dealing with drunk driving charges for a 3rd (or even subsequent) time, needs to at least get out of his or her own way and stop trying to win a losing argument. Although it really is beyond dispute that anyone who has racked up 3 or more DUI’s has a troubled relationship to alcohol, the simple fact is that he or she can’t be forced to believe that unless and until he or she is ready. For some, this realization comes as the result of his or her last DUI, while for others, it never happens.

One concern that everyone shares, regardless of what they thing of their relationship to alcohol, is about getting locked up. Not surprisingly, the biggest fear anyone facing a DUI charge has is going to jail. Remember, there is nothing higher in Michigan than a 3rd offense, so for plenty of folks, a 3rd offense charge actually comes after more than 2 prior offenses. In the context of a true 3rd offense DUI case (meaning one in which the person only has 2 prior DUI convictions), the good news is that jail is NOT a certainty. This all needs to be explained a bit…

First, and to be clear, under the law, a person convicted of a 3rd offense DUI must serve at least 30 days in jail, UNLESS he or she is admitted into a specialty treatment court (like a sobriety court) program, in which case, the Judge has the authority to waive all or any part of it.

Although it’s usually not an issue, the law requires that the 30 days be served in no less than 48 hour consecutive intervals, meaning a person can (and we have done this) serve 15 consecutive weekends.

Also, a person is entitled to jail credit from the moment his or her arrest until his or her release thereafter, as well as “good time” credit for any time served thereafter, while incarcerated as part of a sentence. This adds up to 5 days out of every 30, meaning that 30 days in jail really only adds up to 25 days behind bars. In the real world, a 30 day jail sentence usually adds up to about 22 full days and 2 half-days, when you factor in “time served” credit for the night a person spent in jail after his or her arrest.

Of course, this does not apply to anyone whose 3rd offense felony charge gets negotiated down to a 2nd offense misdemeanor, because in those cases, jail time is NOT mandatory.

This is important: The jail requirement for a 3rd offense conviction is mandatory. Over the years, my team and I have been extremely frustrated to have people say to us that some lawyer told them that the 30 day jail requirement is not absolute. Either the person misheard, or the lawyer who said that is simply dead-wrong.

To remove any doubt, the reader should review subsection 7 (ii) of the actual Operating While Intoxicated statute (OWI is the actual, legal term in Michigan for what everyone just calls a “DUI”). As can be seen, the only exception for a 3rd offense conviction provided is if the Judge in a designated specialty court program chooses to waive all or part of those required 30 days, and this was only added to the law in late 2021..

There are no other exceptions, and anyone who says differently is completely wrong, and either dangerously ignorant of the law, or an outright liar. Those are strong words, but remember, we’re talking about the reality of a 3rd offense DUI here, and not anyone’s fantasy about how they’d like it to be.

For as much as jail sucks, even if someone does get 30 days (remember, that’s really about 22 full days and 2 half-days), it will be over soon enough.

Then, the person is going to have to deal with probation, and it doesn’t take a psychic to predict that for anyone who coming back for his or her 3rd offense, the term of probation he or she gets is not going to be “short and sweet.”

For everyone else, probation will be somewhat demanding, but – and this is important – it doesn’t have to be a killer, either.

If someone has been proactive and is involved in some kind of decent counseling, treatment, and/or community support, there’s a good chance the court will allow him or her to continue with it, rather than send him or her off to some different program.

This is not to say that a Judge may not add some additional conditions, but the benefits of having been proactive with respect to rehabilitation can pay substantial dividends later on. Probation will, of course, include an order for no drinking and no drug use (this includes recreational marijuana), and will require continued testing, as well.

When all is said and done, a 3rd offense DUI does not have to be the end of the world for someone if the case is properly handled. As we noted earlier, success in a DUI case is always best measured by what does NOT happen to you.

Ultimately, the hope is that the person finally recognizes that his or her relationship to alcohol has become problematic, and that, no matter how often or not he or she used to drink, will accept that it’s now time to stop.

This will be the central focus of any subsequent driver’s license restoration appeal. Under Michigan law, any person convicted of 2 DUI’s in 7 years, or 3 within 10 years is legally categorized as a “habitual alcohol offender” and is PRESUMED, by law, to have a drinking problem.

Although any kind of full explanation of license appeals goes beyond the scope of this installment, to win a driver’s license restoration case, a person has to prove that he or she has really quit drinking and maintained complete sobriety for a certain, legally sufficient, minimum period of time.

More specifically, he or she must prove 2 things, by what the law specifies as “clear and convincing evidence,” to the Michigan Secretary of State’s Office of Hearings and Administrative Oversight (OHAO):

First, that his or her alcohol problem is “under control,” meaning that he or she has been completely abstinent from alcohol (and drugs, including recreational marijuana) for that legally sufficient period of time. Beyond merely being technically eligible to file an appeal, our firm generally requires someone to have been clean and sober for at least 18 months before we’ll move forward with a license appeal, and

Second, that his or her alcohol problem is “likely to remain under control.” This boils down to a person having to prove that he or she has both the ability and the commitment to remain abstinent for life. Put another way, it means a person filing a license appeal has to show that he or she is a safe bet to never drink again because he or she has the intention and the tools to remain sober.

This, of course, can (and should) relate directly back to what someone did by way of counseling and/or treatment as the result of his or her 3rd DUI. If a person can show that he or she was proactive about getting help and didn’t wait for the court to decide what to do to him or her, that will help a lot when he or she decides to undertake a driver’s license restoration appeal.

Because we are a Michigan DUI and driver’s license restoration law firm that guarantees to win every license appeal case we take, and because we concentrate our work, all day, every day, in DUI and license restoration cases, my team and I understand how what we do at the outset of a DUI case will matter down the road in a subsequent driver’s license appeal.

Yet for all of that, in 3rd offense DUI case, it all comes back to drinking, or, more specifically, NOT drinking.

A more in-depth look at the reality of 3rd offense DUI cases in Michigan could fill volumes. As a quick overview, however, what we’ve covered in these 6 installments is enough to give the reader a decent idea of what’s involved, what to expect, and to clarify, if not correct, some of the online legal marketing messages that, while long on telling prospective clients what they may want to hear, often fall short of explaining how these cases actually play out in the real world.

If you’re facing a 3rd offense DUI charge (or any DUI charge, for that matter), be a savvy consumer and explore your options. You should compare lawyers to find the one that’s right for you. To do that, take the time to read around and see how different lawyers analyze the DUI process, and explain their various approaches to it.

This blog is a great place to start; with over 560 fully searchable articles to-date in the DUI section, and 2 new articles added each week, it has more information than can be found anywhere else.

If your DUI case is pending in the Greater-Detroit area (meaning anywhere in Wayne, Oakland, Macomb or the surrounding counties), give our firm a ring, as well. All of our consultations are free, confidential, and done over the phone, right when you call.