Winning a Michigan driver’s license restoration or clearance case requires proving that you have been completely abstinent from alcohol (and/or drugs) for a sufficient period of time and that you are a safe bet to never drink (and/or use drugs) again. Legally speaking, you must prove, by “clear and convincing evidence,” that your alcohol (and/or drug) problem is under control, and that it is likely to remain under control. In this article, I want to zoom in on how much abstinence you really need, and how that ties in with the kind of “support” required by the Michigan Secretary of State. 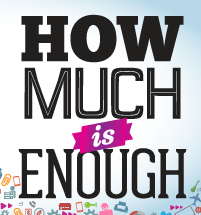 If there is one constant about the driver’s license restoration and clearance process, it is always evolving and changing. The way things worked just a few years ago is very different from how they work now. For example, up until recently, having a medical marijuana card was a guaranteed shortcut to losing a license appeal. This is no longer the case, however, because the state’s thinking on this issue has evolved. Nowadays, medical marijuana card holders (albeit for more serious conditions) can and do win license appeals.

A trend we’ve been noticing of late is the hearing officers looking more closely at the kind of support for sobriety a person does or doesn’t have, especially when the person has a shorter, rather than a longer, period of sobriety. It has always been (and will always be) the case that the more time since a person’s last drink (and/or use of drugs), the better. Therefore, in the context of a license appeal, the less clean time a person has to his or her credit, the more the state is going to look for evidence of a good support system. As we will see in part 2, support can be found in many different ways including; group meetings, social connections, and the home environment.

As a starting point, it’s worth noting that my office guarantees to win every initial driver’s license restoration or clearance case we take on. I point this out to make clear, my analysis in this article is based on experience and fact. The simple truth is, we make our money winning these cases the first time. If we do not win a particular case, our guarantee means we will have to stick with it until we do. Quite literally, we put our money where our mouths are. My team and I, know exactly what to look for and how to screen potential clients so we do not take a case that we can not win.

As a direct consequence of handling license appeals all day, every day, my team and I know all the little nuances involved in them. A lot of our clients are people who have previously tried and lost a license appeal, either on their own, or with some other lawyer. That puts us in a position to see where people get it wrong. It’s never a bad thing to learn from someone else’s mistakes.

One thing we have picked up from reverse engineering those cases is that Michigan Secretary of State really should step up and either change some of the rules for license appeals, or at least be clear about how they are interpreted and applied. Unless a lawyer concentrates his or her practice in this field (like we do), the only way to learn many of these “nuances” is the “hard way.” Whatever else, when you pay a lawyer, you want to pay for his or her experience to actually win your case, not his or her tuition to learn what NOT to do by losing it.

For example, according to the law, as it is written, a person must generally have a minimum of 1 year of complete abstinence from alcohol (and/or drugs) to be eligible to win a license appeal. In fact, another provision written in the law even indicates a person can win a license appeal, in some circumstances, with a mere 6 months of sobriety.

That NEVER happens. Ever.

In my nearly 30 years as a driver’s license restoration lawyer, I have never seen or heard of anyone winning a license appeal without having WELL OVER a single year of abstinence. Forget about having less.

To add to the confusion, at least for those who do not handle drivers license appeals regularly, the written law also allows a hearing officer to require that a person have even more clean time than just a year, and the hearing officers almost always do. In fact, I cannot recall a case where anyone has won a license appeal with only a year of sober time. To the best of my recollection, I think the shortest period of time I’ve ever seen was about 16 months.

Since this is the way it works, the question becomes why have a written law that even mentions 6 months, or even a single year of abstinence, when neither is long enough to win a license appeal in the real world?

While I don’t have an answer for that, the upshot, at least for my team and I, is that we will not even consider filing an appeal for anyone who has less than 18 months of abstinence, by the time of his or her hearing. I would be lying if I wasn’t clear, in that 2 years of sobriety is an even better and “safer” minimum to have when you finally sit in front of a hearing officer.

This is where it gets tricky, because the state doesn’t just consider how long a person hasn’t had a drink, but rather looks to what is called “voluntary abstinence” when it considers a license appeal. In essence, “voluntary abstinence” is the time a person has gone without a drink while NOT being on probation or parole, or not living in something like a halfway or three-quarter house.

When a person is on probation or parole, it is a standard condition that he or she is not allowed to consume any alcohol or use any drugs, and that he or she is subject to testing to ensure compliance. If a person does test positive or is otherwise caught using alcohol or drugs while on probation, he or she faces further punishment, including jail, or, in the case of parole, being sent back to prison.

In sober living arrangements, there is usually some kind of testing done to make sure residents are staying clean. Unless a person is living in one of these places under court order, or a condition of parole, there is no threat of incarceration for testing positive. However, the consequence for it, is to get kicked out.

Situations like these are considered by the Secretary of State to be living in a “controlled environment.” With the exception of time spent in Sobriety Court (which I’ll cover later), a person’s abstinence while on probation or parole almost never counts as “voluntary abstinence.”

This can be frustrating for some people, because you may have really had enough of drinking and genuinely decided to quit for good the day after your last DUI arrest. Even so, because of a court order to not drink, and the threat of jail for violation, a person cannot “prove” (at least to the satisfaction of the Secretary of State) that it was a completely voluntary choice to remain abstinent during the time they were on bond, probation, or parole.

Sobriety Court is very different. I do not want to stray too far into the weeds with this, but when Sobriety Courts first came into being, the Secretary of State, consistent with its longstanding position on voluntary abstinence, did not count the time a person was on probation and not drinking as, in fact, voluntary.

Because this frustrated one of the main purposes of the Sobriety Court mission, the written law was quickly changed to specifically state that time on probation through a Sobriety Court must be counted as “voluntary abstinence” by the Secretary of State for purposes of a driver’s license appeal.

To be clear, though, this exception only applies to time on probation through an actual Sobriety Court program.

At any rate, what really matters in all of this is that a person has almost no chance to win a license appeal without having been alcohol (and/or drug) free for at least 18 months by the time of his or her hearing. In addition, he or she needs to be able to show that an adequate chunk of that time was what the Secretary of State would consider “voluntary.”

Of course, the big question for many people is “how much abstinence is enough?”

The answer is not a simple number, however, but rather the dreaded, “It depends.”

My team and I have taken (and won) plenty of cases where a person was off of probation for a year, but would only have 18 months of sobriety by the time their hearing came around, and we have passed on filing other cases until a person has accumulated more than 3 years of sobriety.

If there’s one universal truth to all of this, it’s that every case is unique.

As a general rule, to have any kind of serious chance to win, a person should have at least 18 months of continuous abstinence, and have been off probation for at least a year by the time he or she winds up sitting at a license restoration hearing.

As I noted, this does NOT apply to Sobriety Court participants already granted a restricted license. In general, we can move for full driving privileges almost as soon as the client has completed the court’s program, assuming they are otherwise legally eligible.

For all of that, many of our clients are people who continued to drink for years after their last DUI, so they’ve been off probation for years, and there are no concerns about any kind of “controlled environment.”

Even if a person has been off probation or parole for a long time, the same rule of thumb applies: it is best to have at least 18 months of sobriety before you’re sitting in front of a hearing officer for a license appeal.

Anyone wondering if they’re ready, close to being ready to move forward with a license restoration or clearance appeal would be well advised to call our office and just ask. We conduct all of our initial consultations over the phone (confidentially and for free), during the workday. In exchange for a little time on the phone, we can get a pretty good idea of whether or not a person should move forward, and if not now, then when.

We’ll stop here, and resume, in part 2, by looking at the kind of support for sobriety a person either does or does not have, and how that is connected, in the context of a license appeal, to the length of time he or she has been abstinent.