In part 1 of this article, we began an examination of how much you should pay for a DUI lawyer. I pointed out that I’m the only lawyer I know who publishes his fees online and I explained why I do that. I finished up by noting that better lawyers, representing better clients, don’t need to charge up front for legal services (like trials) that aren’t likely to be rendered anyway. That’s not the half of it, though, and this is really where things get interesting. 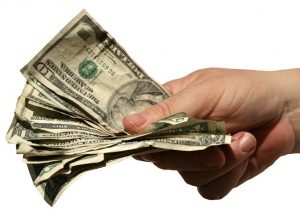 For all the “big talk” about trials and “beating” charges, the number of DUI cases that really go to trial is rather low, and the number of those that actually win is RIDICULOUSLY small. Fortunately, we have the actually, official statistics to examine. Frankly, I find the lack of such disclosure on other “legal” websites disheartening, as I think anyone looking to hire a DUI lawyer should be informed about these things.

Here again, just like with legal fees, I’m the only lawyer I know to list actual numbers. By law, the Michigan State Police (MSP) MUST conduct what is call the Annual Drunk Driving Audit. This legally-mandated record-keeping follows EVERY DUI case in the State of Michigan from the moment of arrest through the final outcome. There are no exceptions, and no case can go unreported or escape being tracked.

Once a person has been arrested for an OWI or OWI-related offense, every last detail about his or her case is recorded by the MSP. I don’t see these actual figure quoted or linked in any other lawyer’s site, but the story they tell cuts through all the legal marketing BS like a hot knife through butter.

If you look at the figures (the “totals” are at the very bottom of the court information, just above the appendices) for how many DUI arrests, how many dismissals and how many acquittals (being found “not guilty” after a trial) there are from year to year, you can see that the number of people who actually win at trial is consistently well under one-quarter of one percent.

This figure is so low, we have to repeat it and express it numerically.

For example, in 2018, the last year for which the statistics are available as of this writing (the figures for each year come out in the late spring or so of the next year) there were 31,837 DUI (meaning alcohol-related traffic) arrests. This number does not include things like MIP or drugged driving cases.

To understand how low that is, stop for a moment and realize that if that “win” rate TRIPLED, it would still be less than one-half of one percent (< 0.5, or less than zero-point-five). Again, that’s if the win rate for going to trial TRIPLED.

And to think, somebody would pay a huge amount of money, up-front, for this?

It’s not even that the number of “wins” at trail is so shocking low, as much as it is the LACK of disclosure about any of this on the legal websites. All that talk about fighting and trials sounds great by itself, but when you look that actual and verifiable results from all that effort (and all the money it costs), it begins to look a lot less appealing.

Unless you like wasting thousands of dollars for exactly nothing.

It’s one thing to put all your money into some last-ditch long shot at life-saving medical treatment, where the only 2 outcomes are either dying or being broke, but a misdemeanor DUI case is a far cry from any kind of life or death matter.

Things can get different in 3rd offense, felony cases, but even then, they’re not always as bad as they seem.

As it turned, out he actually served less than 21 full days, which is about average for anyone getting 30 days.

What’s important about this is that it wasn’t like going to trial in his case was any kind of strategy option to avoid jail; the evidence against him was solid, and because the police didn’t screw things up, he simply wasn’t going to be part of that lucky .15 percent who do go to trial and win. Let me explain:

In our driver’s license restoration practice, which concentrates in winning licenses back for people who have lost the ability to drive after being convicted of multiple DUI’s, we handle about 200 or so cases each year. Because we handle license appeal cases from all over Michigan, we have the advantage of seeing how Judges across the state sentence DUI offenders.

While our DUI practice is local to the Tri-County area, our license appeal practice, which is statewide, provides us a birds-eye view to see how sentences for 3rd offense DUI charges can be much tougher in the areas beyond Metro-Detroit.

Because our we keep out DUI courtroom practice local, we don’t see people go to prison for a 3rd offense DUI charge, even when, as in the case I referenced above, it’s really their 5th or 6th offense.

However, I HAVE handled license appeals for clients from places up north who were sent to prison (a person cannot be sent to “jail” for more than 1 year, but prison sentences typically start at MORE than 1 year) for what was actually their 3rd DUI.

Maybe in one of those places, if someone is actually at risk of being sent to prison for a couple of years, it might make sense to pay for a trial, but when the likely penalties here are something like merely having to serve 21 or 22 days in jail, and unless an honest analysis of the evidence reveals that a person really can beat the case, then paying for a trial doesn’t seem like a good idea.

The point I’m making is that if a person really is facing multiple years in prison, it might be worth paying the money and taking a shot at trial, even if there is something like a 99.85% chance of losing.

Other than that, the only other reason to try a case, absent a firm belief that it can, in fact, be won, is to avoid a felony conviction on the person’s record because in his or her particular circumstance, it would have severe negative consequences.

To be sure, the evidence in every single DUI case should be carefully examined to see if it can be challenged in some way, and kept out of court.

This leads us to another important point: statistically speaking the chances of “beating” a case before trial are WAY better than they are for beating a case at trial.

Still, even those numbers suck, and that means that no matter how you cut it, more than 93% of all DUI cases DO NOT get “knocked out” in any way, either before or after trail.

The bottom line to all of this is that it’s foolish to NOT consider what you will and will not be paying for. This is your life and your money, so take a little time to think about what you’re doing with both.

This brings us to another key point: there is a LOT more to a DUI case than just evidence.

Sure, every DUI case is certainly “based” upon evidence, but if you are part of that 93-plus percent of all people whose case is solid enough to not get “knocked out” somehow, then having a lawyer with all the trial skills in the world isn’t going to help you one single bit.

In the vast majority of cases, the police don’t screw up the evidence so catastrophically that the whole matter will be dismissed. Instead, a DUI lawyer has to know how to work with the evidence as it does exist in order to drive the best deal (think: plea bargain) possible. This requires a lot more finesse to this than just playing tough guy,  being obstinate, and demanding a trial

Indeed, when the evidence is solid (as it is in most cases), saying “we’re going to trial” is not much a bargaining chip, and doesn’t provide a whole lot of leverage.

Understanding the nuances of the law and the technicalities of the evidence is important, but that’s only part of the picture of what makes up a DUI case, and what happens as a result. What’s more, for those cases that don’t get knocked out, it’s usually NOT the most important part, either.

Some lawyers, for example, make a big deal about their expertise with breathalyzer machine, and some are even certified to operate it. This “sounds” great, but unless the breath evidence is screwed up enough to be kept out of court (or successfully refuted at trial), that’s no more helpful than if the lawyer is certified to land the Space Shuttle.

Instead, focus on what really matters…

Without a doubt, the most significant facet of all this, and something that, while often overlooked, directly impacts the outcome of each and every DUI case, is that Michigan law mandates that EVERYONE convicted of a drinking and driving offense undergo a mandatory alcohol screening before being sentenced.

This requires the person to complete a written alcohol use and/or substance use evaluation. The answers provided are then “scored,” and those results plotted against a graph that essentially diagnoses whether the person either has, or is at risk to develop, an alcohol problem. This finding figures prominently into what actually happens to a person at sentencing.

This is itself a problem, because instead of a person’s sentence being based upon a formal, clinical evaluation of his or her relationship to alcohol, the court basically acts upon the findings of what amounts to an “over the counter” screening test. To put this in perspective, these screening tests are to real substance use evaluations what a home urine test kit is to a formal laboratory analysis.

We’ll stop here, and finish up in part 3 by wrapping up our examination of the larger process within which the legally required written alcohol screening test takes place, and how whatever you do pay for a DUI lawyer should include being thoroughly prepared for it.