As Michigan DUI and driver’s license restoration lawyers, we spend the majority of our working lives handling OWI and license reinstatement cases for people. As attorneys, it’s our job to wrestle with the nuances of the law, and deal with the countless technical things that can make or break a case. Most often, that means helping a client fix some kind of mistake or mistakes they’ve made on this journey called life. The point of this article is to help someone get through that kind of rough patch and not make things worse, or otherwise more complicated than they need to be. 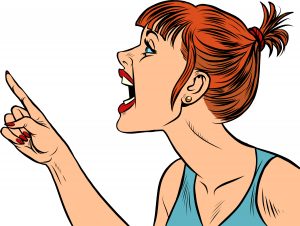 This can sometimes be a problem when it comes to the intrinsically connected areas of Michigan DUI law and driver’s license restoration and clearance cases, because both involve situations where people are emotionally invested. Every person arrested for a DUI is understandably concerned about what will happen to him or her, and everyone who has lost their license for multiple DUI’s really wants to get it back as soon as possible, because it’s hard to get along without one.

The internet is full of inaccurate, misleading and even outright wrong information about the law, and that can stress a person out as he or she tries to sort through it. Despite that, and human nature being what it is, some people can’t resist plowing through website after website, and getting themselves more confused than when they started. Others read just enough to wind up thinking they they’ve actually learned something, when, in fact, all they’ve done is become misinformed, thereby proving the old adage that “a little knowledge is a dangerous thing.”

Let’s look at a DUI situation for a moment: The average person who gets a single drunk driving charge will, not surpirsingly, be a bit freaked out over it, and, more than anything in the world, would love to find a way to just make the whole thing go away. It’s with this on their minds that such people start looking around online…

And what they find, right away, are plenty of legal websites ready to sell their services to somehow make their whole OWI (Operating While Intoxicated) case get dismissed…

In the real world, though, making a case just go away isn’t how things work in all but the fewest of cases.

In Michigan – and this is statistical fact – more than 9 our of 10 DUI cases DO NOT get tossed out of court. These numbers are consistent from year-to-year, and have been for as long as such records have been kept.

Slick legal marketing deliberately overlooks and does not mention these facts, and often resorts to tactics that make it seem like all a person has to do is call some particular law office in order to get out of his or her DUI charge.

When a person is really anxious about what is going to happen in a pending DUI case, they become vulnerable, and as such, can easily fall prey to what they want to hear, rather than what they need to hear. There’s always a risk that when they find a little bit of information that feeds the narrative they prefer, they’ll follow the natural inclination to just go with it.

The end result is that such a person might call a lawyer’s office, like ours, and instead of asking for a straightforward analysis of the facts they have at the moment, and an explanation of how things are likely to play out, will begin by insisting that they want to hire a lawyer who will get the case tossed out of court.

Often enough, they’ll offer up their own legal strategy, saying things like the police didn’t have any reason to pull them over, they thought they did well on the field sobriety tests, or that they were justified in refusing to take a breath or blood test.

In driver’s license restoration cases, many will complain about what the law requires in order to win back a driver’s license, and then tell us how they think things should be.

As if we make the rules…

Fortunately, my team and I are busy enough to not have to take on such difficult people, but some lawyers aren’t, and have no choice but get involved with these kinds of clients who have a talent for making things harder than they need to be.

DUI cases can be complex, but unless someone is already DUI lawyer, then it best to let the lawyer do the heavy lifting.

Flying a jetliner is complex, too. As passengers, we don’t need to make the pilot’s job any more difficult than it needs to be. Our job is to take our seats, follow instructions, and let him or her do what they do.

Let’s look at driver’s license restoration cases as an example of how people can get in their own way:

In our office, we meet with each client for several hours before he or she goes to have the required substance use evaluation (SUE) completed. Ideally, we like to meet with our clients the same day they see our evaluator, but sometimes, we’ll do it a few days before, and that’s fine.

On occasion, a person will come to us, without first having made an appointment with our evaluator, promising that they’ll call and set one up right away. We make sure that everyone knows to either go and have their evaluation completed straightaway, or, if not, to at least keep in contact with us so that we can keep them “fresh” regarding what we go over at our meeting.

Most people follow through, call the evaluator soon enough, and everything works out just fine.

Sometimes, though, the person won’t follow up in a timely way, and then, as the saying goes, $hit happens.

Most of them will call us, wanting that “refresher” session before they see the evaluator. For us, that’s just part of doing business, and we’re glad to do a refresher, especially because –

for all the people describe above, there are those few who DON’T call for a refresher, and will go in for their evaluation months later, having forgotten most (if not all) of what we went over, and then really screw things up.

Instead of at least having called us to go over things before undergoing an evaluation, they go to the evaluator’s office, half-cocked, and then get an evaluation that we can’t use.

At that point, we have to re-do everything, and go to what amounts to a “plan B.”

That’s an example of making things more complicated than they need to be.

It’s not just actions, though, that can become an obstacle.

Often enough, it’s what people think, and the ideas they have in their heads, that stand in the way of them just doing what needs to be done.

It’s hard to not sound a bit dick-ish when saying this, but the simple fact is that, in my 30-plus years as a lawyer, I have never had a client provide me with a legal strategy that was better than mine.

In that same way, in my 50-plus years as a living person, I am certain that I have never provided a doctor with whom I was treating with a better medical strategy than he or she had.

The fact is that there are some people in this world who just have a certain attitude (this can be, but is not limited to a “know-it-all” attitude) that makes them hard to deal with.

Don’t be that person.

Similarly, there are people who don’t have so much of an attitude as they are they are the kind of person who has to question why everything is the way it is.

Why do some courts require people to show up, in person (even during the pandemic) for an arraignment in a DUI case, while others don’t?

Because that’s the way it is.

Why does the Michigan Secretary of State require all the letters of support in a driver’s license restoration or clearance case to be notarized, and then filed within 90 days of that notarization?

Because that’s the way it is.

Our jobs, as DUI and license reinstatement attorneys, is to make things as simple for the clients as possible. If we tell the client he or she has to show up in court or do something else, it’s because that’s the way it is.

When we say all letters of support in a driver’s license restoration case need to be notarized, it’s because that’s the way it is.

We do NOT make our money doing more work than we have to, or making things any more difficult than they need to be.

Indeed, I can at many of my fellow attorneys and competitors in the practice of criminal, DUI and driver’s license restoration law, and know that, for as much as we are hoping to land the same clients, and for as different as our marketing messages may be, they certainly know how to handle cases as efficiently as possible.

We may not do things the same way, but I know that none of them is making things more complicated than they need to be.

The point to all of this is that a person shouldn’t overthink things or otherwise get in his or her own way. In that regard, anyone who thinks they can become a legal expert through Google, or by reading legal websites (even this site) is just plain wrong.

Fields like law and medicine are systemic, meaning that not only is everything connected in some way or other, but that some of those connections are almost unknowable (although fundamental) to anyone who hasn’t had a comprehensive education in them.

For others, it means “relax; we’ve got this.”

For still others, it means “because that’s the way it is.”

For everyone, though, it means that, whatever else, just chill out a bit and don’t make things more complicated than they need to be. Whatever else, quit getting in your own way.

If you’re looking for a lawyer for a criminal, DUI or driver’s license restoration (or clearance) case, be a good consumer and do your homework. Read around and see how lawyers explain things, and how they explain the DUI and the license restoration process, as well as their approach to it. Look for real information, and learn to read between the lines, as well.