The end result of almost every Michigan DUI case that goes into the court system (and doesn’t get thrown out) almost alway includes a term of probation. As Michigan DUI lawyers, dealing with probation is an everyday part of our jobs. Most people have a general understanding of probation (“if you don’t screw up, then everything will be okay”), but there’s a lot more to it than that. If you’re facing a drunk driving charge, then you should know what’s likely in store for you. In this 2-part article, we’ll examine how probation works in Michigan DUI cases. 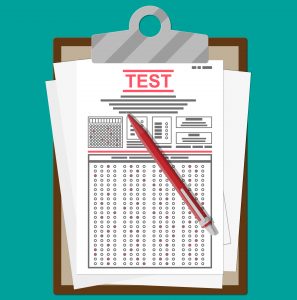 Let’s begin with this simple fact: It is overwhelmingly likely that anyone convicted of a Michigan OWI (DUI) offense will be placed on some kind of probation. Contrary to the marketing hype found on some legal websites, the real truth is that more than 98% of all DUI charges brought in Michigan do NOT get dismissed or tossed out of court. Of course, the goal in every case is to get it “knocked out,” but that outcome is the exception, not the rule. In the real world, it boils down to this: If you’re facing a drunk driving charge, then you’re pretty much facing a term of probation, as well.

To put this in perspective, some readers may be old enough to remember hearing about someone convicted of drunk driving who got nothing more than a fine. That may have been possible many years ago, when people could still smoke on airplanes and there were video rental stores in every neighborhood, but a lot has changed since then. The days of only having to pay a fine and costs for a DUI charge are long gone, and everyone who goes though the process is going to have to do something more, although it doesn’t have to be anything that’s truly awful.

Accordingly, we start with the idea that if you have a pending Operating While Intoxicated (“OWI,” the proper legal term for what everyone just calls “DUI”) charge, it’s pretty much a safe bet that you’re going to wind up on some kind of probation.

As we proceed through this overview, the reader should keep the following “gold standard” in mind:

Put another way, in the context of an DUI case, less is always more. In that regard, avoiding or minimizing as many of the potential legal penalties and negative consequences as possible is the first priority in every case my team and I handle. An easier term of probation with fewer conditions (we’ll get to that shortly)  is always preferable to one that’s harder, with more requirements.

For as much of the days of just paying fines and costs may have faded into history, the good news is that, every once in a while, if the facts (and the stars) line up just right, a person can get put on non-reporting probation. For anyone who doesn’t yet know, here’s how and why this is so special:

Non-reporting probation is essentially little more than a warning to stay out of trouble with the understanding that, as long as the person does so, then everything will be okay. Non-reporting probation generally requires a person to do little or nothing other than not get in trouble, and not otherwise do anything the Judge has otherwise forbidden (like drink alcohol, use drugs, or commit any new crimes).

In the real world, though, most probation is reporting, which means a person has to check in with his or her probation officer. This is usually a monthly thing, although it can be more or less often, as well. It used to be expected that someone would show up at the probation office in person to report, but Covid changed that, although some courts have resumed the practice of in-person reporting to various degrees.

In addition to having to report, either virtually or in-person, probation always comes with conditions – certain things a person will be required to do, and others he or she will be ordered NOT to do. This, along with the length of the probationary term, is what really makes the experience more or less burdensome. Here’s what I mean:

Imagine the difference between being placed on probation for 9 months, and beyond being required to stay out of trouble, only having to complete a single, short alcohol-education class.

Now contrast that to getting hammered with a 2-year period of probation that requires you to provide frequent alcohol and drug test samples, and also complete all kinds of long-term counseling and treatment.

Given that less than 2% of all DUI cases can be dismissed outright, the primary objective for the other 98-plus percent of people going through the court process is to wind up with the shortest, most lenient term of probation possible.

Thus, as noted above, less really IS more.

There is a lot that can and should be done to minimize the kind of probation ultimately ordered in a DUI case, but there are also certain realities that should be addressed, as well. The truth isn’t sexy, and it doesn’t fit into the kind of marketing tactics some legal websites use to make it sound like they have some special way to make everything just disappear, but that’s all the more reason these realities should be honestly discussed.

Chief among them is the reality that there are certain courts and certain Judges that are tougher (or, to put it another way, less lenient) than others. That’s just a fact.

In the broader scope of things, there still are some courts where, if the case warrants it and things are otherwise handled skillfully, a DUI defendant can get 9 months of easy probation.

By contrast, there are other courts where that same case is likely to result in an 18-month term of probation with a lot more conditions.

In many such cases, my team and I can call upon our experience and skill, and, with extra effort, we may be able to trim that likely 18 month term of probation down to 12 months, but in that tougher court, there will still likely be more conditions than one would get in the the “easy” court.

That’s a geographic reality, and, as I often point out, DUI cases are accidents of geography. Nobody plans their drive home figuring that if they’re caught driving over the limit, it would better to for that to happen in one city over another – even thought that’s absolutely true.

Indeed, there are plenty of roads here, in the Greater-Detroit area, that separate different municipalities (and, in some cases, different counties), where, with all other factors being the same, a DUI arrest on one side will play out a lot better than a DUI arrest on the other side, simply because of location.

Even in the same courthouse, there can be one Judge who is more inclined to order a longer, more demanding term of probation than another who is more willing to accept that something like a 1st offense DUI can just “happen,” and be an out-of-character incident for a person. Of course, that only applies in court that have more than one Judge, but the comparison hold true between different Judges in different courts, as well.

This is why one of, if not the very first questions my team and I will ask anyone who contacts us about a DUI case is where it happened. Location matters a lot, and beyond the underlying facts of any given case, is usually the single biggest factor in how it will turn out.

It is important to keep in mind that probation is always an alternative to jail. Of course, a person can be sent to jail for a while, but in lieu of serving even more time, can also be let out on probation, instead.

At its most basic, though, a person is put on probation instead of being locked up, and in exchange for the time he or doesn’t serve, will be required to do certain things, and to specifically NOT do others.

As we noted above, probation can be easy, or it can be more demanding. Beyond location and the general inclinations of the Judge assigned to the case, the kind of probation a person receives is a function of several other factors, including the underlying facts, the person’s prior record, if any, along with whatever life circumstances he or she brings to the table.

There is a process to all of this: Before a Judge can impose a sentence upon a DUI offender, he or she must be “screened.”

This is a really important part of the DUI process, and I have covered it in several prior articles, as well as a dedicated section of our website. I would strongly encourage the reader to explore as much as possible about this topic, because the end result of this legally require screening, conducted by the court’s probation department, is a written sentencing recommendation sent to the Judge advising him or her exactly what to order.

What’s so critical about all this is that just about every Judge, in every case, will follow this recommendation rather closely, if not to very letter. In that sense, the written sentencing recommendation is really a blueprint for what is going to happen.

Michigan’s drunk driving laws requires that, prior to being sentenced, any person convicted of a DUI complete a formal alcohol assessment. This is usually a written test, and a person’s answers are assigned a numerical point value, then totaled up.

That figure is then compared to a scoring key that, based upon his or her total, essentially diagnoses whether he or she has a drinking problem (and, if so, how bad it has become), is otherwise at risk to develop a drinking problem, or – best of all – has NO such problem or identifiable risk for one to develop.

In general, the higher one scores on the screening “test,” the more likely he or she will be perceived as already having a problem, or being at risk to someday have one.

Unfortunately, many of the better answers to the questions (meaning those that don’t add what amount to points to the overall “score”) on these screening instruments are counter-intuitive.

Worse yet, one of the key areas of questions on all of them is whether or not the person has ever been arrested for a DUI. Of course, every person taking the test in the court setting already HAS been arrested for a DUI, meaning he or she starts out with some “automatic” points, and, accordingly, something of a handicap.

One of our primary functions, as Michigan DUI lawyers, is to prepare our clients for this screening so that they score as well as possible on this ultra-important test.

In addition to completing that screening test, every person will also be interviewed by a probation officer, who, using the information learned about the case, about the person and his or her life circumstances (some of which is obtained through the interview process), and, most importantly, the person’s alcohol screening test score, will then formulate a written sentencing recommendation that is sent to the Judge.

That recommendation suggests how long a person should be kept on probation, what conditions he or she should have to follow, and also suggests the amount of jail time, if the probation officer thinks that any is warranted.

Not surprisingly, some terms of these recommendations are basically “set in stone,” so to speak, while others can be modified.

We’ll stop here, and pick up again in part 2.