In part 1 of this article, we began our examination of probation in Michigan DUI cases. We noted that, as a general rule, every person convicted of an OWI (Operating While Intoxicated, the legal term for what everyone just calls “DUI”) offense is going to placed on some kind of probation. Statistically, more than 98% of all DUI cases that make it court in Michigan DO NOT get dismissed, so this means if you’re facing a DUI charge, it’s pretty much a given that you are going to wind up on probation. Exactly what kind of probation, however, can – and will – vary from case to case. 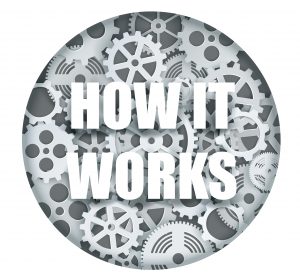 We closed out the previous installment by discussing the critical importance of the mandatory alcohol screening, something that is part of the larger PSI (Pre-Sentence Investigation) process. The end result of the PSI is a sentencing recommendation, written by the probation officer, and sent to the Judge, advising him or her exactly what kind of sentence to impose. This matters because, in the real world, every Judge follows this recommendation VERY closely, if not to the very letter. In that sense the recommendation is really a blueprint for what’s going to happen.

To be sure, there are some recommended terms of probation that can be modified IF the Judge can be convinced that there is a better option. This, of course, means that it’s the lawyer’s job to find those options, and then successfully persuade the Judge to go along with any proposed modifications. However, there are also some parts of any DUI probation recommendation that are almost universally standard, imposed in every case, and basically non-modifiable. For example, one of the first conditions of probation is so basic, it doesn’t even have to be said: Stay out of trouble.

No matter what, if someone commits a new crime while on probation for an OWI charge, then he or she will be in violation of his or her current term of probation. For the most part, a person will need to be proven guilty or convicted of a new offense to actually be found in violation, but there are some Judges who will specify that, as a condition of probation, a person will be considered to have violated probation even if he or she is merely arrested for a new offense.

Obviously, the message there is “don’t screw around” (and don’t be unlucky, either).

There is a lot to all of this, but rather than detour into any kind of in-depth analysis of the “no trouble” requirement, we’ll just summarily note the simple takeaway that anyone on probation is required to stay out of trouble – period.

The “no trouble” condition is, understandably, a hard and fast rule, and there is never any flexibility on that score.

Beyond just staying out of trouble, there are other conditions that are pretty standard, although some of them can, in certain situations, be amended, and various kinds of exceptions granted.

For example, a person will usually be prohibited from leaving the state while on probation, without the court’s permission beforehand. Fortunately, most Judges are fairly lenient with allowing someone to travel, and even to take a pre-planned vacation, but there are a few others who are very much the opposite when it comes to non-essential, recreational travel (thankfully, not many).

Just about every Judge will allow travel for work, at least as long as someone isn’t a professional wine-taster.

In some cases (and in the more understanding courts), when a person has to travel often for his or her employment, the Judge will write up the probation order to indicate that he or she may do so without have to get special permission beforehand, but must instead notify the probation department of his or her travel schedule.

A blanket prohibition forbidding the consumption of any alcohol or use of any recreating drugs is very much a standard condition of probation, and almost every probation order also requires periodic alcohol and/or drug testing, at various intervals, to ensure compliance.

Testing itself can be a huge deal – or not.

Some courts mandate it on a random basis, while other courts will require a person to provide breath samples into a portable, cellular breath-testing unit several times per day. In practice, “testing” can mean that one has to provide either a breath sample, a urine sample, or, sometimes, both.

This is another subject that deserves its own article (I have actually written several in the past), but for our purposes here, the bottom line is that as long as a person doesn’t drink, smoke weed (recreationally) or otherwise use any other drugs, he or she should be fine.

Should be, but if he or she misses a test, then he or she will face a probation violation and have to demonstrate to the Judge that it was an honest error AND that they didn’t skip the test to avoid detection. Generally speaking, it is assumed that a person misses a test because he or she knows the results would be positive.

By and large, the most significant part of probation is the kind of education, counseling, or treatment a person will have to complete. Someone going through a 1st offense DUI and whose BAC (Bodily Alcohol Content) was not stratospherically high will be required to do a lot less “rehab” type stuff than someone convicted of a 2nd or 3rd DUI, and whose BAC was through the roof.

Without a doubt, getting slammed with burdensome, expensive and/or unnecessary classes, counseling and/or treatment is one of the biggest risks for anyone going through a DUI who isn’t properly and thoroughly prepared for the alcohol screening test and the interview with the probation officer.

No matter what, the court system is always going to take a “better safe than sorry” approach in DUI cases, so the risk of getting more education, counseling or treatment than necessary is a million times higher than not getting enough.

One reason for this is the court system’s inherent alcohol bias. This is subject is so important that I have actually dedicated an entire section of our blog to it. Because it affects how DUI offenders are treated in the courts at every turn, I would strongly encourage the reader to look through some of that material.

For our purposes here, the bottom line is that the alcohol bias means courts are inclined to “see” an alcohol problem where one doesn’t exist, to “see” any problem that does exist as being more serious than it actually is, and to “see” most DUI offenders drinking behaving as being “risky,” no matter what.

There is good reason for this: Judges deal with drunk driving injury and death cases, so they have to contend with the very worst of what can happen. Every Judge has to deal with 2nd offense DUI offenders, and even 3rd offense, felony DUI offenders – every one of whom has told the last Judge that they’d never drive drunk again – only to do just that.

More than anything else, though, here is one iron-clad fact that really cinches everything; multiple studies have confirmed that, as a group, people who’ve had a DUI have a higher rate of drinking problems than the the population at large.

This example will help explain what I mean:

Imagine you are instructed to go out and put together a group of 1000 people at random. You are told that is doesn’t matter how you assemble them – you can get 20 people from each of the 50 states, or 500 from the east coast and 500 from the west coast, or all 1000 from the midwest – but there is only ONE condition: they must all be intelligent enough to either have or otherwise be able to obtain a driver’s license.

You are to call this “Group A.”

Next, you are told to do the same thing all over again, but this time, there is an added condition – every person in this group must either have previously had or be currently going through a DUI.

You are to call this “Group B.”

No matter how they are tested and no matter how many times you repeat this experiment, it will ALWAYS be the case that Group B tests out with a notably higher rate of drinking problems than Group A.

This means that anyone going to court for a DUI automatically does so as a member of what is perceived as an at-risk, or higher risk group. As a consequence, courts are always going to be careful, and take that “better safe than sorry” approach. This inclination extends from the probation officer who formulates the sentencing recommendation to the Judge who ultimately oversees the case and imposes the sentence, along with everyone else in the court system.

With that as the background, and given the ugly reality of people being killed by drunk drivers, can the reader imagine ANY Judge losing sleep over that idea that, instead of sending some 1st (or even 2nd) time DUI offender to jail, he or she ordered the person to do more counseling and/or treatment than was actually needed?

Let me put this another way: If, as a veteran DUI lawyer, I was required to sit as s Judge for a week and handle DUI cases, and Staggering Sam appeared before me for his 1st offense DUI, and I ordered him to complete what I later learned was more counseling than he needed, I can honestly say it wouldn’t weigh heavily upon my conscience. In fact, I’d probably never even give it a second thought.

In other words, a person showing up for his or her DUI sentencing may be worried about getting hit with too much counseling or treatment, but the Judge sure isn’t. It’s up to his or her lawyer to persuade the Judge not to do that.

This makes it critical to do a as well as possible on the alcohol screening test and in the interview with the probation officer in order to get a more favorable recommendation in the first place.

Yet for all of that, never forget probation is ALWAYS 100% voluntary. A person can choose to NOT do probation, and serve his or her time in jail, instead. Now, let that sink in for a moment….

Most “normal” people may find this hard to believe, but there are people who would rather serve 93 days in jail for a 1st offense DUI and then be able to drink after that than would choose to obey the conditions of probation (which always include a “no drinking” order) for a year or more.

Most people, however, just want to stay out of jail.

Whatever else, and when all is said and done, anyone going through a DUI can expect to be put on probation. Our jobs, as DUI lawyers, is to make sure it’s as minimal as possible, and my team and I pour our hearts and souls into doing just that in every case we take.

If you are facing a DUI and looking for a lawyer, be a wise consumer and read around. Pay attention to how different lawyers explain the DUI process, and how they explain their various approaches to it.

If your case is pending anywhere in the Greater-Detroit area (meaning in any court in Wayne, Oakland, Macomb, Lapeer, Livingston, St. Clair or Washtenaw County), give us a ring, as well. All of our consultations are free, confidential, and done over the phone, right when you call.