If you’re facing a Michigan DUI charge and looking for a lawyer, the search process can be overwhelming. Every legal website is designed to get your business. Lots of effort goes into presenting an appealing message. What lawyer or law firm in their right mind wouldn’t do that? The next logical step after looking online is actually making contact with a lawyer or law firm, but then, and without exception, your inquiry is always seen as a potential new, paying case. Consequently, when you call any lawyer or law firm, they’re going to treat you as nicely as possible, hoping you hire them. 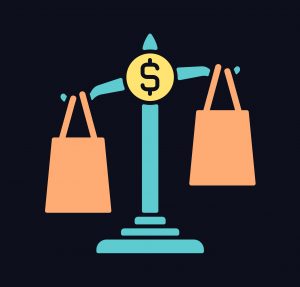 Can you imagine the opposite of that – a law firm being rude to a caller, and/or making it seem like her or she is a bother and his or her business isn’t wanted? We know from our own outgoing phone calls that some law offices seem to forget that whoever answers the phone is also “The Director of First Impressions.” When you’re calling around, anything less than a welcoming reception is a huge red flag, but there’s a lot more than that to comparing lawyers and finding the one that’s right for you. On top of everything else, anyone looking for an attorney needs to quickly become a savvy consumer.

Perhaps the most important lesson I want the reader to take from this article can be boiled down to one simple statement: Don’t be a sucker. Every legal website is online to sell services; ours is no different. Some of these provide a lot of information (of varying degrees of usefulness), while others rely more on reviews and testimonials. Although my personal preference is for information over tributes, neither approach is “right,” or “wrong,” and, even more important, whatever you find on a website is really not enough, by itself, to make a final hiring decision.

The best thing to do after a DUI arrest is to call around and engage in some comparison shopping. And to be clear, I’m not just talking about money. For what it’s worth, we publish our prices online. Whether you work at McDonalds or you OWN McDonalds, our prices are the same for everyone, and we believe strongly in being transparent about our fees. Personally, I won’t do business with a business that is secretive about cost in any way, and I certainly wouldn’t expect anyone else to call us and to have to ask, “how much do you charge?”

Although we are the only firm I know of that discloses its fees online, a person should at least insist on getting a price quote over the phone for his or her case when calling around. If not, then I’d strongly suggest moving on.

Money is important of course, but looking for the “best price” is a terrible way to get a lawyer for any case, much less a DUI case. One thing that holds true anytime you purchase something, whether it’s legal services, a new refrigerator, or anything else, is that you won’t get what you don’t pay for.

On the flip side, though, it’s also a fact that too many lawyers charge WAY too much for nothing better than mediocre representation. In the real world, it’s very easy to find attorneys charging premium fees for services and skills that are merely average, at best.

Accordingly, the reader has to bear in mind that, while there are no bargains when it comes to getting top shelf legal representation, there are a lot of lawyers who likewise overvalue their services. For as much as you won’t get any “deals” on a good lawyer, paying more doesn’t equate to getting more, either.

This harkens back to our boiled-down advice from above: Don’t be a sucker.

This is why you have to check around and compare.

That sounds like good advice, but how, exactly, do you compare lawyers? If not by price, and not by number of reviews or testimonials, or even volume of information they put out, then by what standard?

My intention here is to provide a guide for anyone looking for a lawyer, including those who live beyond the areas where my team and I practice. Although our driver’s license restoration practice is statewide, our DUI practice is limited to the Greater Detroit area of Wayne, Oakland, Macomb and the surrounding counties, so I hope this piece is taken as more than just some well-disguised “hire me” sales pitch:

The answer to that question is astoundingly simple, and old-school: You call around and talk. You ask your questions and seek answers about the issues that concern you most.

As you do that, you need to protect yourself with 1 simple thing – common sense. When you ask a question, you should not only expect a direct and clear answer, but also one that isn’t, to put it, bluntly, a bunch of BS.

Having handled and managed DUI cases now for over 30 years, there is rarely a question my team and I can’t answer, but I remember, when I was a young lawyer, being asked about things I didn’t know. Early on, I decided that it would be better to admit I didn’t know something instead of just try to “yap” my way around the question without answering it, or otherwise guess, and then be wrong.

Of course, this is not meant to excuse any lawyer from knowing basic, fundamental stuff about DUI cases, but sometimes, an honest person may have to say “I don’t know,” or “let me get back to you on that.”

What is important is for a DUI lawyer to not only be able to explain how the law works, but also know how things are done in the court where your case is pending. This is why our firm concentrates its practice in the local area, because we believe that when someone hires us, they should be paying for our experience in a given court, and not paying our tuition to learn it.

Being honest, though, is a lot different than being scary.

You already know that your DUI is serious, but as I have pointed out a number of times, including a recent article, it is NOT the end of the world, and it can be managed.

Unfortunately, one of the most common ways DUI lawyers sell they’re services is by using what’s called “fear-based marketing.” The idea is to play on a person’s fears, and then make it seem like you have the exact thing to protect them from what they fear most.

It gets worse before it gets better, because about the next most common legal marketing strategy for DUI lawyer is to make it seem like they have some special knowledge that can be used to get your whole case dismissed, or otherwise beat it at trial.

Here is the simple truth about beating a DUI charge: it’s done through hard work. DUI cases don’t dismiss themselves, so a lawyer has to undertake each and every one ASSUMING that there is some way to get it knocked out, and then carefully review every shred of the evidence to find it.

Even when, as in most cases, there isn’t a clear and complete “way out,” that kind of careful review of the evidence will find every last detail that can be used to drive a better deal and produce the best result possible.

As a consumer, you need to be careful not to be lured out of your money by marketing sounds too good to be true, while also not letting your fear get the best of you and hiring someone to “save” you from consequences that really aren’t on the menu, anyway.

Once again, we see the value of this simple advice: Don’t be a sucker.

Another thing to look out for is the use of any gimmicks or high-pressure tactics to reel you in. Long before the Covid pandemic, it was always our firm’s standard practice to do all of our consultations over the phone. The idea of dragging someone in to have them sit in the conference room to ask the very same questions they could put to us over the telephone made no sense…

Unfortunately there is a strategy behind doing it that way. I remember, when I first started out 30-some years ago, an older lawyer telling me that the goal should always be to call someone back before anyone else, get them to set an appointment and have them come in as soon as possible. The real purpose, he explained, was to get someone in the client chair and start filling out paperwork to “get a little information” so they’d be inclined to make a hiring decision right then and there, rather than shaking hands, leaving and facing the prospect of hauling over the the next lawyer’s office to do the same thing all again.

What a nightmare! I certainly wouldn’t want to be put through that. I know that in my own life, I will simply skip past any business or operation that can’t give me a least a little information over the phone or otherwise clarify things via email.

Our firm operates by the principle of treating others as we would wish to be treated. As much as it’s a time saver for someone to be able to get information right when they call, it’s also a time saver for us, as well.

Last, but not least (and, indeed, perhaps most important of all) is what you feel in your gut as you call around. I’ll be completely honest here – one of the main reasons I’m so big on the whole “comparison” thing is that I KNOW how good my team and I are, and that anyone who speaks with us and then calls around will like us a lot.

That doesn’t mean every last person will hire us, but the best way we can sell ourselves is to encourage people to call us, and then check around and compare.

That also just happens to be the best thing a person can do for him or her self when looking for a DUI lawyer, or anything else, for that matter.

If you can remember to not be tempted by being told the things you want to hear, and not let your fears about what’s going to happen (many of which won’t, anyway) cloud your judgment, then you can rely on your common sense and screen potential lawyers and law firms the right way – by looking for someone who is “real,” and who actually listens and responds to your concerns while being honest with you.

If you are facing a DUI charge and you put in the effort to compare lawyers, you’ll quickly get a sense of who’s who. Just remember to be a savvy consumer, and to NOT be a sucker.

First, read around, and see how different lawyers explain the DUI process, and how they explain their various approaches to it.  This blog is a great place to start, and with over 550 articles to date in the DUI section, it has more useful information than you can find anywhere else.

If your case is here, in the Greater-Detroit area of Wayne, Oakland, Macomb or the surrounding counties, give us a ring, as well. All of our consultations are free, confidential, and done over the phone, right when you call.