It’s normal to be stressed out after being arrested for a DUI. This is all the more true for people of good standing who never imagined themselves in the backseat of a police car, much less spending a night in jail. Unfortunately, the stress of facing a DUI often gives rise to a desperate urge to “fix this” right away. In this article, I want to make clear that while such feelings are normal, the reality is that things aren’t as bad as they may seem to you right now, and that the first and best thing you should do is to take a deep breath, calm down, and not act out of panic. 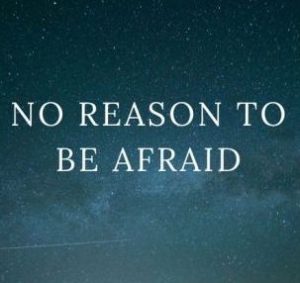 This is really the opposite message of the fear-based legal marketers you have probably already encountered. For all the things that can be said about that approach (and make no mistake, lawyers use it because it does work to bring in clients), the fact is, reacting fearfully is not any kind of “intelligent” or proper way to handle a DUI case. Better outcomes are the result of experience and the application of careful and deliberate planning, rather than unfocused emotional reaction. Remember, success in a DUI case is always best measured by what does NOT happen to you.

Although facing a DUI may trigger something of a “fight or flight” response, the fact is, once you’re facing a charge, it’s too late to run away from it, and it is not the kind of thing you brawl your way out of, either. Any kind of legal fight needs to be based on sound strategy, not panicked thrashing. A skilled lawyer will meticulously examine all the evidence in a case to look for anything that can genuinely be challenged, rather than just bark about all the things that could, in theory, be wrong with it. The facts of each case need to be assessed rationally, not emotionally.

Of course, this is easier said than done, especially by anyone who themselves is NOT in the hot seat and facing a DUI charge. I can best illustrate my point by some episodes I’ve had with at my dentist’s office:

I’ve been with him for over 20 years, and during that time, he’s done plenty of maintenance and repair on my teeth. I remember how, a few times, as he was working away, he’d be calmly talking about some movie he’d seen, or restaurant at which he’d dined, while I’d be nervously waiting for him to drill all the way through the top of my head. Although my case was nothing unusual for him, all that drilling left me wondering if I’d have any teeth left by the time he finished.

Not surprisingly, however, everything turned out all right, and the worst after-effect was him telling me that I had to wait an hour before eating. To date, all of his work remains cosmetically sound, and firmly in place….

There are some people who avoid going to the dentist or the doctor simply because they’re afraid. Unfortunately, these people are misguided by emotion, rather than properly directed by intelligence. That’s what we’re talking about here, in the context of a 1st offense DUI case.

It is a given that everyone’s worst fear when facing a DUI is winding up in jail. Fear-based marketing tactics try to exploit that. The simple truth, however, is that, almost without exception, going to jail in a 1st offense DUI case is simply NOT on the menu, at least here, in the Metro-Detroit area (meaning in the district courts of Wayne, Oakland, and Macomb Counties).

In other words, you don’t need to be “saved” from jail, because it’s almost certainly not going to happen. Unfortunately, some lawyers clean up by letting people believe differently.

Things are, of course, rather different in 2nd offense DUI cases, where the risk of going to jail increases significantly. Even then, however, with skillful legal work, jail can, more often than not, still be avoided.

The worst part about all of this is that, particularly in 1st offense DUI cases, where people are guided by emotion and fear and often single-mindedly focused on staying out of jail (something that is very unlikely to happen in the first place), they overlook all the really important things that might or will happen to them, like what goes on their record and the kinds of restrictions that will be imposed upon their ability to drive.

These are the kinds of things about which someone should be most concerned.

This may take some of the shine off the whole “DUI lawyer” thing, but the facts of your DUI case are what they are, and there is nothing anyone can do to change them. Instead, we need to deal with them, and work around them.

If the police did everything right in gathering the evidence against you, or at least did it “good enough,” then nothing you do now is going to change that. Likewise, if the police did do something wrong, or otherwise failed to do something they should have done while gathering the evidence, there is nothing they can do now to change that, either. Nobody can go back in time and change what happened.

In other words, the facts are the facts.

Founding father and 2nd U.S. President John Adams was a lawyer, and before the revolutionary war, he won the acquittal of 4 British Soldiers accused of murdering several American colonists in 1770 in what became known as the “Boston Massacre.” At their trial, Adams said something as part of his argument that has become one of the greatest statements in law, and it applies every bit as much here, in the context of DUI cases, as it did then, when several men stood accused of murder:

“Facts are stubborn things; and whatever may be our wishes, our inclinations, or the dictates of our passions, they cannot alter the state of facts and evidence.”

What this means is that everyone must deal with the facts as they exist. A good lawyer will know how to analyze them from every angle, and will understand how the law affects their interpretation. However, a person who was arrested for a DUI after hitting a tree and being rescued from a burning car by the police cannot change those facts anymore than the police can change the fact that they failed to obtain a proper breath or blood test as part of a DUI arrest.

In many of my other articles in the DUI section of my blog, I explore just about every aspect of the DUI process in 1st offense cases, 2nd offense cases, and even 3rd offense cases. Although many of those articles go into a lot of detail, the simple and single point I want to make here, in this piece, is that while it’s normal to be emotionally stressed while facing a DUI charge, those feelings of being overwhelmed are almost always misplaced, and that things will not turn out as bad as you fear, even if you hire a mediocre lawyer.

And if you hire a better lawyer, then you should expect a much better outcome.

For anyone facing a 1st offense OWI charge, the big news is that since you’re almost certainly not going to jail anyway, you can skip past all the lawyers who waste space on that non-issue, and, instead, direct your attention to those attorneys who themselves rightfully focus and  work on the things that really can or will happen, so that you can avoid as much of the legal fallout as possible.

It’s worth repeating here: success in a DUI case is always best measured by what does NOT happen to you.

My team and I produce the very best results in DUI cases by making sure that we do things right by planning out an intelligent and thoughtful strategy and helping our clients deal with the emotional turmoil that is normal when one has to go through all of this.

If you are facing a DUI charge and are looking for a lawyer, be a good consumer, do your homework, and read around. Read how lawyers explain things, and how they explain themselves. When you’ve done enough of that, start checking around.

If your case is here, in the Metro-Detroit area (meaning anywhere in Wayne, Oakland,  Macomb  and surrounding Counties), make sure you give us a ring. All of our consultations are free, confidential, and done over the phone, right when you call. My team and I are very friendly people who will be glad to answer your questions and explain things.