A Michigan DUI case is a scary thing. After being arrested and released from jail, it’s normal for a person to start gathering information. People want to know what they’re facing, and what can be done about it. Everyone hopes their case can be dismissed. Sometimes, however, a person can get lost in his or her “research.” There are so many DUI websites that a person can almost drown in them. For many, there comes a point when they just want to hand everything over to a lawyer who they know will produce the best outcome possible. That’s what we’ll examine here. 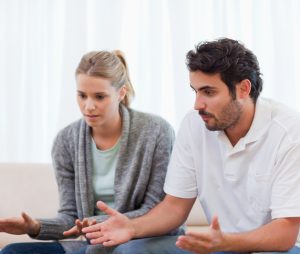 Pretty much everything about a Michigan DUI case is complicated. That’s not meant to intimidate the reader, but rather set the foundation for our discussion. There is a lot to even the most “garden variety” DUI case. So much, in fact, that there is a whole subset of attorneys, like my team and I, that can honestly call themselves “DUI lawyers.” This goes beyond knowing the nuances of the law, and includes things like understanding how a specific strategy, including techniques like timing, can play a role in producing a more favorable outcome.

When all is said and done, nothing matters more in a Michigan DUI case than results. An attorney becomes a “DUI lawyer” by regularly handling DUI cases, and having a practice that concentrates upon them, like our firm. Even a brilliant legal scholar is going to have to spend years to become a real “DUI lawyer.” This is true for any practice area, really. It’s the actual experience of having dealt with real life cases thousands of times over that gives a lawyer the well of knowledge to draw from in order to know how to best handle a particular case.

If it takes a lawyer years and years to really learn this stuff, then a non-lawyer can’t really expect to hop online and gain enough “expertise” to fully understand his or her Michigan DUI case. Unfortunately, it’s often true that the more someone does that, the more they prove the old saying that “a little knowledge is a dangerous thing.” Of course it doesn’t help that not all of the DUI material to be found online is particularly accurate, or properly explained. On top of that, EVERY lawyer out there (including our firm), has a marketing purpose in providing it.

For my team and I, the goal is to try and provide as much accurate, useful and real-world information as we can, and then have potential clients look around and compare us to other lawyers. For many people, though, as noted at the outset, what they want is to just hand over everything about their Michigan DUI case to a good lawyer and get the burden off their shoulders. They want the lawyer to take over the worries, manage the details, and plan the strategy. In short, they want relief, both in the short term, and in the final outcome.

There is an irony here, though. A person can’t know they’ve found the “right” lawyer for a Michigan DUI case without doing a little comparing, first. He or she is going to have to at least learn enough about DUI law and practice to figure out who’s the best among the lawyers competing for DUI cases. Plenty of lawyers try and sell their services by telling people what they want to hear. As we also noted at the beginning, everyone hopes their case can be dismissed. After all, who wouldn’t want the whole thing to go away?

What this means, then, is that for as much as “a little knowledge can be a dangerous thing,” having no knowledge is even worse. A person needs to become reasonably informed before hiring a lawyer for a Michigan OWI (“Operating While Intoxicated,” the actual term for what everyone just calls a “DUI”) case.

Here’s the best way to explain this: I KNOW our firm excels at handling Michigan DUI cases. Of course, we’re in business to earn a living, so we want people to hire us. That said, I’d much prefer it if someone does take my advice, looks around, compares lawyers, and then ultimately decides we’re the best firm for the job.

As much as I want people to hire us, I’m more comfortable knowing that’s happened because someone did, in fact, check around. Then, they’ll trust us more than if were hired merely because we were the first to call or email them back.

And that brings up another important point. Among those people who don’t spend forever online trying to get an amateur Google law degree, there are others who get so freaked out over a DUI that they WILL hire the first lawyer to call them back. Of course, there are lawyers who play into that, and will do everything they can to try and be the first to answer someone’s inquiry. This is sometimes spoken of as “hook ‘em and book ‘em,” and whatever else, it’s definitely NOT the way to hire a lawyer. Fortunately, that’s also not our firm’s style.

We do respond to emails almost all day and night, including weekends. However, for the most part, we do all of our consultations on weekdays, during regular business hours. All of our consultations are free, confidential, and done over the phone, right when a person calls. We try to make it as convenient and as easy as possible to check us out and answer your questions.

Nobody should be in that much of a hurry to find representation for his or her Michigan DUI case that he or she doesn’t take some time to speak to several different lawyers. If the reader is going to take anything from this article, think about the implications of that. As a DUI law firm, this would be the perfect platform and exactly the right article for me to say “ Call now and hand over your problems to us. We’ll take care of everything for you!”

Instead, though, I’m suggesting that the reader explore his or her options. No matter how you cut it, that’s always a good thing. From there, the reader can narrow the field of potential lawyers.

The hiring decision actually goes both ways, because as lawyers, we also want to make sure we can work with someone as a client. For example, some people are so angry about being arrested for a DUI that they make themselves difficult to deal with. They’re mad at the police, and will go on and on about the fact that are more serious crimes the police should be investigating. They’ll say things like “this is bull$hit,” and insist their case should be dismissed, not because the evidence is flawed, but just because…

Others, particularly those who spend a bit too much time online (getting that “Google law degree”) can begin to think of themselves as amateur constitutional scholars, as well. They’ll contact a lawyer and list all of what they think are the legal problems with their case. They’ll outline exactly what they think needs to be done to challenge the evidence and “beat” the case.

That’s a red flag. Unfortunately, however, some lawyers need the business badly enough to have to deal with that. Others, like our firm, can (thankfully) decline to get involved with these situations.

From the client’s point of view – whatever that may be – the bottom line is to be confident in the lawyer he or she hires. That confidence should be strong enough to hand over the case, and all the concerns and worries that go with it.

If there’s a main point to our discussion, it’s this: A person can spend forever trying to become and “expert” in his or her Michigan DUI case. That’s not going to work. Even a non-DUI lawyer can’t learn enough about this area of practice online. It takes years upon years, and hundreds upon hundreds of cases, before a lawyer learns enough to honestly claim the title “DUI lawyer.”

Of course, be a wise consumer. Don’t be sucked in by by marketing messages that tell you what you want to hear instead of what you need to hear.

Also steer clear of the “we fight EVERYTHING lawyers.” A lawyer can “fight” anything about a case, but unless it’s going to actually help produce a better outcome for you, what good is that? Ultimately, a good strategy means knowing what to fight, and the right way to fight it.

Always remember, success in a DUI case is best measured by what does NOT happen to you.

That kind of success can only be had when the lawyer properly manages the case. Fighting everything under the sun in the hopes that something works isn’t any kind of intelligent defense strategy. It is, expensive, and guess who’s going to pay that bill?

If you invest the time, you will find the right lawyer for your case. Then, you can get some relief, and let your lawyer take over for you.

If you’re facing a Michigan DUI charge and looking for a lawyer, be that wise consumer mentioned above, and read around. This blog is a great place to start. It is updated weekly and fully searchable. The DUI section alone has more than 595 original articles to-date. There is more helpful and useful information to be found here than anywhere.

Don’t take my word for it, though; check around for yourself.

Once you’ve done enough reading, start calling around. You can learn a lot by actually speaking with a live person.

If your case is pending anywhere here, in the Metro-Detroit area (meaning Wayne, Oakland, Macomb or one of the surrounding counties), make sure you give our office a ring. As I pointed out above, all of our consultations are free, confidential, and done over the phone, right when you call.