If you’re facing DUI charges, you need to fight them. More specifically, you need a lawyer who will fight like a bear for you. The last thing you need is some attorney who will simply roll over. In the sense that we’re using the term, “fighting” means standing up to the prosecutor, and doing what’s best to win. Even in the most basic street brawl, one party has to land a punch that connects. It does no good to simply flail one’s arms around and blindly swing at the air. 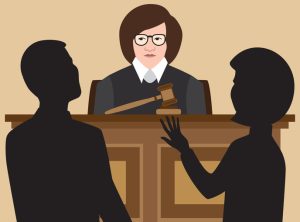 Properly fighting DUI charges requires a plan – an intelligent defense strategy. About the worst thing any lawyer can do is try and contest everything, including the arresting officer’s 7th grade report card. Not only doesn’t that work, it pisses off the Judge real fast. It also causes the lawyer to lose all credibility. Unfortunately, there are more than a few such characters out there. Initially, they may sound like they’re strong and determined, but soon enough, that illusion gives way to reality.

Then, it becomes apparent that their only “strategy” is to throw everything against the wall, and see what sticks. And get paid for it. That – right there – is what separates those lawyers with integrity from those without. To be sure, it’s one thing to “take a shot” at something. That’s okay if the cost of losing versus winning has been calculated. Sometimes, the payoff can be huge, and the downside of losing some challenge or other not so bad.

However, if some lawyer charges a fortune to just plow ahead and make a lot of noise, that’s not any kind of plan. Sometimes called a “dog and pony show,” it’s when you get a lot of (unnecessary) work for your money, but ultimately, no beneficial results. The whole point of “fighting” DUI charges is, after all, to bring about a better result. The day I began this article, my team and I finalized a really good plea deal in one of our DUI cases. That happened entirely because we wouldn’t take “no” for an answer in our prior attempts to resolve it. Instead, we kept fighting. Had we given up and accepted “no” earlier, the client wouldn’t have gotten the incredible break we were able to negotiate.

Other times, we have to challenge evidence in court. Whatever else, DUI charges (legally called “OWI” or Operating While Intoxicated) won’t dismiss themselves.  Evidence isn’t excluded simply because the defense lawyer says it was improperly obtained. A successful legal argument has to be made to the Judge. Before that can happen, though, a careful, and I mean CAREFUL examination of the evidence must be made.

This requires a lot more that just “looking things over.” If that’s all some lawyer does, then he or she will only find those defects and inconsistencies that are obvious, and that “jump out.” Instead, every last shred of evidence has to be put under the proverbial microscope. My team and I don’t examine the evidence just to see what’s there. Instead, we scrutinize it with the mindset that we WILL find some inconsistency, or something improperly obtained.

Of course, we can’t find what doesn’t exist. Still, by having that kind of determination to find something from the outset, we’ll often discover things that might otherwise be overlooked. Maybe what we find from such an intense examination is small, but even a few small things can add up. After all, “fighting” means being persistent, and not giving up. A lawyer can’t fight for his client by simply doing nothing, or just the bare minimum.

This all sounds good, but if I was a potential DUI client, I’d already have an important question. I’d wonder, “how can you really fight if the evidence in my case is solid?” What if the traffic stop was legally sound, and the field sobriety tests and every that followed were properly administered?

The simple fact is that a person should EXPECT that to be the case. Only a small minority of DUI cases ever get dismissed outright. If a person’s whole defense plan to based on getting the entire case “knocked out,” then that’s not much of a plan.

The answer, really, is that instead of merely “defending” DUI charges, you go on the offensive, as well. Think about any sporting contest; if one side can’t be entirely stopped from scoring, then the other side must score more. Consider this hypothetical, which is drawn from a real life case we handled:

Imagine that Staggering Sally gets really drunk, and on her way home, sideswipes a number of parked cars. Ultimately, she crashes her car at the end of some residential street, and the police are called. When they show up, Sally is out of it. She is behind the wheel, nearly passed out.

Sally can’t even complete the field sobriety tests because she’s so drunk, so a blood sample is taken. Later on, when the results come back, it turns out that, despite her state of obvious intoxication, her BAC results were .12. That’s not good, but it’s also quit a bit below the .17 BAC threshold for a “super drunk” or High BAC charge. It is, actually, rather low for someone who seemed so extraordinarily drunk.

Sally has maintained all along that she’s NOT a big drinker. She doesn’t recall hitting any cars, but doesn’t contest that she was hammered the night of her DUI, either.

In a case very much like that, we had our client undergo a proper substance use evaluation with our main evaluator. Not surprisingly, it was learned that our “Sally” did NOT have a drinking problem. The therapist did not feel that our client needed any kind of counseling, but rather a short course of alcohol education.

There is no dispute that Sally was blitzed. However, given her rather low BAC result, the reason is clear: Sally, as she has said, is NOT a big drinker. She hasn’t developed a tolerance to alcohol. You’d expect someone smashing into parked cars to be rip-roaring drunk, and the good news, for Sally, is that she WAS wasted, except that her BAC was not through the roof.

In other words, she’s a “lightweight.”

We used that to her advantage so that our “Sally” got a real break.  She wasn’t treated like some hardcore drinker, and ordered into all kinds of counseling or treatment. Because the evidence in her case was solid, we had to go on the offense and score points of our own.

In that way, “fighting” DUI charges means a lot more than merely challenging the evidence. It can, at times, involve standing strong on an important point. Other times, it can require one to be flexible, and compromise on a particular issue. Fighting can take the form of a bold argument, or, it can be as simple as a well-timed and measured silence.

Whatever else, fighting is the opposite of just quietly rolling over.

If there’s any kind of grand takeaway from this article, it’s that you won’t get anything close to the best results in a DUI case by just waiting to see what happens. You won’t get the best result by hiring some lawyer who will merely “look over” the evidence, with the idea of seeing what’s there.

You need someone who is determined to win.

On the flip side, however, that kind of determination has to be guided and tempered by intelligence. It’s no good to run into court and try to “fight” everything. Sure, that can run up a bill and make the lawyer look like he or she is doing a lot. However, the end result is wasted money and no real progress. It’s never a good idea to waste a Judge’s time on something that is obviously just that – a waste of time.

As noted earlier, this is far different than taking an honest shot at something that is debatable. That said, the best lawyers don’t spend much time just “taking shots.” They generally know the answer to any question before they ask it. Good lawyers have a good plan; great lawyers have a better plan.

If you are facing DUI charges and looking for a lawyer, be a smart consumer and read around. Pay attention to how different lawyers explain the DUI process, and how they explain their various approaches to it.

This blog is a great place to start. It is fully searchable and updated with 2 new articles each week. The DUI section has over 580 original articles, to-date, providing more useful information than you can find anywhere else.

When you’ve done enough reading, start checking around. You can learn a lot by speaking with a live person. If your case is pending anywhere in the Greater-Detroit area, meaning in Wayne, Oakland, Macomb, or one of the surrounding counties, give our office a ring, as well.