This article is actually NOT a tutorial covering all the right buzzwords a person needs to say in order to win a Michigan driver’s license restoration or clearance appeal. Instead, I chose the title as a satirical way to point out that you can’t do that, and to make clear that there are no shortcuts on the path to winning your license back. While a person does have to say some of the “right” things in order to win a license appeal case, what matters more is that he or she really means them, and that they are true. 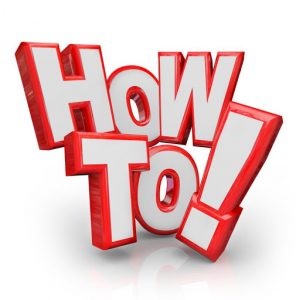 Let’s begin by taking note that, in order to win a driver’s license restoration or clearance case, a person must prove 2 things, by what is legally defined as clear and convincing evidence: First, that his or her alcohol problem is “under control,” which requires showing he or she has been completely abstinent from alcohol for a legally “sufficient” period of time (our office generally prefers a minimum of 18 months before we’ll file a case), and second, that his or her alcohol problem is “likely to remain under control,” which requires demonstrating that he or she is a safe bet to never drink again.

The key to winning a restoration or clearance case, therefore, is proving sobriety. The Michigan Secretary of State has no interest in listening to anyone who lost his or her license for multiple DUI’s now argue that he or she can somehow safely drink alcohol once in a while, on “special occasions,” or anything like that. The line in the sand has been drawn by the law: Only those who can prove that they haven’t had a drink for a legally “sufficient” period of time and have both the ability and commitment to remain alcohol-free for good can win a license appeal.

Underlying everything about the license restoration process is the simple fact that people who do not drink pose absolutely no risk to drink and drive.

As we noted above, the main thing required to win a driver’s license appeal is genuine sobriety. Accordingly, anyone looking to just “say the right things” is really just trying to fake sobriety.

Getting sober is a life-changing experience, and it affects every aspect of a person’s existence. When a person has made the profound transition from drinker to non-drinker, he or she has a lot to talk about, and there is much more to what he or she will say than just some key “buzzwords.”

Sobriety isn’t just the state of not being drunk, it’s a state of mind, and a state of being, really.

Sobriety is built upon the foundation of a sober lifestyle, and a person simply cannot fake that, no matter how good a “talker” he or she might be. Nor, for that matter, can a person fake having had the kind of “epiphany” moment that leads him or her to decide to give up drinking in the first place.

The reality is that nobody quits drinking because it’s working out so well. Instead, people stop using alcohol because they’ve just “had enough,” and, as the people in AA say, got “sick and tired of being sick and tired.”

Most will admit that by the time they quit, drinking had stopped being fun a long time ago.

When you’ve listen to countless stories about getting sober, it becomes clear that the decision to quit drinking for good always comes about as a result of a person hitting his or her “bottom.” A person’s “bottom” is that point where they can just no longer tolerate the problems caused by their drinking.

Everyone has a different bottom, and, unfortunately, some people don’t have one they’ll ever hit within their lifetimes.

The sad truth is that most people who develop a pathological relationship to alcohol never do manage to get over it. In fact, only a minority of people whose drinking becomes a problem are lucky enough to recognize that fact and then get sober.

This is one of the main reasons why license appeals are so hard.

In the real world – and particularly in the context of license appeals – the Michigan Secretary of State knows that most people can’t or don’t give up drinking for good, and that’s key reason why most license appeal cases are denied.

Of course, plenty of people try to quit drinking, but many fail, despite their best intentions. Others just think they can just walk into a license appeal hearing say what they think the Secretary of State wants to hear about not drinking.

As a result, the hearing officers who decide these cases essentially spend the majority of each of their workdays being lied to by people trying to BS their way through the license appeal process.

Most of the BS they hear is either about the last time the person drank, or how they plan to never drink again, even though they haven’t actually committed to that in their heart of hearts.

Make no mistake, there is a certain tone to what a person says about being sober when it’s true, and the hearing officers know it (and so do we).

Each hearing officer has, quite literally, heard it all before, and they learn to develop an “ear” for the kind of talk about sobriety that has that distinctive ring of truth. If they can’t easily separate that from BS in someone’s case, they’ll keep asking questions until they can.

By law, the hearing officer’s job is to be skeptical and require anyone seeking a license restoration or clearance to really prove themselves. This is why, even if a person does come along and say what seems like all the right things, the hearing officer is still going to drill down on that to see if real sobriety actually lies beneath all that talk.

In other words, a person may be able to “talk the talk,” but the question become whether he or she can “walk the walk.”

Under the rules governing license appeals, the hearing officer is required is to doubt and question whether a person is just trying to spin a bunch of happy, sobriety bull$hit, or has he or she really gotten to the point where they honestly decided to give up drinking for good.

This is huge, and it goes to what I call the “meat and potatoes” of a driver’s license restoration or clearance appeal. The whole point of the license appeal process is to make sure that the only people allowed back on the road are those who have honestly given up alcohol for good, and that’s best proven by a person’s real-life experiences with alcohol.

And if there’s any doubt about a person’s commitment or proof, the hearing officer must, by law, say “no.”

Therefore, winning a license appeal is not just a matter of actually being sober, but also being able to prove it.

This, of course, is where we come in.

Still, the very idea of proving sobriety is rooted in actually being sober.

Perhaps this analogy explains things best: Imagine if you had never ridden a bicycle before, but instead of getting on one and actually learning how to do it, you decided to read everything you could about how to ride a bike, what it’s like to fall off a bike, and all the things that go with cycling.

Even though you may be able to pick up a lot though books and such, nothing you could every read could compare to the actual experience of balancing on two wheels for the first time, learning how to turn corners, and what it feels like to fall off a bike, scraping your hands and knees.

This illustrates the difference between “talking the talk” and “walking the walk.”

In the same way, reading about sobriety and learning the terminology of recovery is a far cry from actually getting sober.

We’ll stop here, and finish up this roundabout examination of driver’s license restoration appeals in part 2.