We began part 1 of this article by noting that it is not a “cheat sheet” to learn all the things a person needs to say in order to win a Michigan driver’s license restoration or clearance case. There is no way to do that, because the one thing that the Michigan Secretary of State (SOS) looks for in every license appeal is real sobriety. A person basically has to prove that he or she is a safe bet to never drink again. Thus, anyone just trying to say the “right” things to win a license restoration case is really just trying to fake being sober, and that won’t fly. 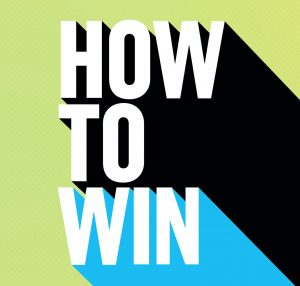 I noted that the SOS hearing officers have learned to filter through all the BS that comes their way in order to verify that a person seeking to win back his or her license has, in fact, quit drinking. Using an old turn of phrase, we saw that the license appeal process was about making sure that, beyond just being able to “talk the talk,” a person can also “walk the walk.” I went on to point out that nobody quits drinking because it’s working out so well; instead, people quit when their drinking has caused too many problems for them, and they’ve just had enough.

This means that there really is no way to win a license appeal by just repeating certain “buzzwords” and having a rudimentary grasp of the language of recovery. The hearing officer is going to expect a person to talk about the struggles he or she went through that finally led to him or her deciding that they couldn’t drink anymore. The decision to quit drinking involves what is clinically described as a “tipping of the decisional balance,” and it describes how a person will be okay with drinking for years, but then, one day, simply decide that they’re done.

The whole “decisional balance” concept is simple: initially, a person will have no concerns or reservations about consuming alcohol (absent some religious objection). Early on, when drinking doesn’t cause any problems it makes no sense that a person would ever think about “quitting.”

As long as things aren’t that bad, a person’s “decisional balance” will remain tipped in favor of drinking.

As time marches on, though, some people start having difficulties related to their consumption of alcohol. Once that starts happening, the problems tend to get worse, especially if the frequency of the person’s drinking increases.

For some, who eventually do recognize that they’re drinking has become a problem, they hit a point where they’ve just “had enough,” and their decisional balance tips the other way, in favor of NOT drinking.

This happens to those who get to the point of just having too much trouble from drinking, and are lucky enough to hear, and then heed, that little voice inside their head says “no more.”

It’s at this point – the tipping point – that they decide to quit.

We’ve all had various decisional balances tip in our lives; think of all people who had previously had landline telephones realized that they didn’t need them anymore and decided just to go with their cell phones, instead. That was a tipping of a decisional balance.

How and whenever it tips, in real life, the decision to quit drinking never comes too soon for anyone who makes it.

Many people struggle with their drinking for years (or even decades) before they finally “put the plug in the jug,” so to speak As I hinted before, those who DO quit are in a lucky minority, because most people with a drinking problem are never able to get over it.

And just like with smoking, lots of people try to quit drinking multiple times until it finally does stick. As the advice to smokers goes, “never quit quitting.”

Moreover, almost every person who does quit drinking will admit to having previously tried every way under the sun to try and control, cut down, limit, and/or manage their alcohol consumption. Those who do finally quit for good have learned, through hard-won experience, that none of those things ever work.

This exactly what is meant by the saying that “insanity is doing the same thing over and over again and expecting a different result.”

In fact, as a client of mine once explained, the moment a person has to even think about controlling, cutting down, limiting ,or otherwise managing his or her drinking, it means they already have a problem. Normal drinkers don’t have to think that way.

In the real world, almost everyone’s recovery story begins after any number of unsuccessful attempts to somehow get a handle on their alcohol use.

When a person finally does throw in the towel on drinking and decides to get sober, sweeping life changes follow. Sobriety isn’t just about living the same life as before, except not drinking anymore.

Getting and staying sober requires changing almost aspect of his or her life. When a person opts to live without alcohol, it means adopting that sober lifestyle we referenced earlier, in part 1 of this article.

There is a great saying that cautions those in early recovery to “avoid wet faces and wet places.”

This means, of course, to stay out of bars and the places where one drank and/or bought booze, and, of course, to stay away from drinkers. Inevitably, the drinking friends get dumped. Later on, most people become able to see, in hindsight, who their real friends are, and how different they are from those who were just “drinking buddies.”

When it comes to the whole idea of quitting drinking and getting sober, it doesn’t matter “how bad” a person’s relationship to alcohol ever was, or wasn’t; what matters, instead, is that drinking has become a risky proposition for him or her.

That’s simply brilliant, and is a kind of a drinking-specific take on the saying that “anything that causes a problem IS a problem.”

The process of getting sober is a deep topic that could fill volumes, but my point in this article is much simpler:

In a license appeal, a person’s journey on the road to recovery is going to be thoroughly explored by the Michigan Secretary of State. Knowing the verbiage is simply not enough to win a restoration or clearance case. The license appeal process is about confirming that a person has actually gone through the things he or she is expected to talk about.

In other words, even if you can talk the talk, the question becomes, can you walk the walk?

There is much more to proving sobriety than we can get into here, but the point I wanted to make in this article is that just knowing the terminology about recovery and sobriety is not enough to do that, or to win a Michigan driver’s license restoration or clearance case.  If you want to prove you have quit drinking for good, then you really must have quit drinking for good.

For anyone who doesn’t believe me, I have 3 words: Go for it.

Seriously, if you think you can fool the hearing officer, then do your best.

My team and I certainly have no interest in representing anyone who has not honestly quit drinking. We are honest people and we never try to “scam” the system.

In our practice, we guarantee to win every first time driver’s license restoration and clearance case we take. Our guarantee is predicated on carefully screening potential clients in order to make sure we only undertake representation for people who have honestly given up drinking.

If you are looking for a lawyer to win back your Michigan driver’s license or obtain the clearance of a Michigan hold on your driving record so that you can get a license in another state, be a smart consumer, do your homework, and shop around. Read how lawyers explain the license appeal process, and how they explain their approach to it.

Even if you have haven’t yet given up alcohol, perhaps we can help you find the reason to tip that decisional balance in favor of quitting so that you can start to enjoy the benefits of sobriety and then be in a position to get your license back later on. Wherever you are in all of this, we’d be glad to speak with you.