If our firm takes your driver’s license restoration or clearance appeal case, we guarantee to win it. That’s easy for us to say, because we won’t take a case that we can’t make into a winner. In order to have a chance at success, a person must have honestly quit drinking, and there is always a story leading up to and following that decision. Because that “story” really becomes the foundation every person’s restoration or clearance case, my team and I then need to present it in a way that will win. In this article, we’re going to look at role of your story in winning back your driver’s license. 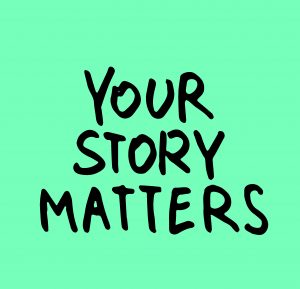 There is more to winning a license appeal, though, than just having quit drinking. A person not only has to prove he or she has quit drinking, they must also prove themselves to be a safe bet to never drink again. Under the rules governing license appeals, these proofs must be “clear and convincing evidence.” A person just can’t file a case and merely claim to have quit drinking; he or she must convince the Secretary of State that it’s true, and that he or she is also genuinely committed to never drinking again. This is where the “story” part comes in, since nobody ever quits drinking because it’s working out so well.

Instead, people quit drinking because of all the trouble it has caused in their lives. In the real world, most sober people look back and agree that they waited longer than they should have to end their relationship with alcohol. The decision to stop for good is usually preceded by any number of unsuccessful attempts to control, limit or otherwise manage one’s drinking. It’s only after someone learns, through experience, that such tactics don’t work that they’ll finally throw in the towel.

Not only is there a “story” to everything that led up to that moment, it’s often one hell of a story, at that. It doesn’t end there, either. The background of a person’s decision to quit drinking is only the first part of his or her story.

The second part is how a person got sober. Some people do it through counseling, some through AA, and others find different ways. Some people try one thing, like AA, find it isn’t for them, and then go back to drinking, only to eventually find sobriety through something else. The point is that people recover in all kinds of different ways, and what worked (as well as what didn’t) for someone is a key part of his or her recovery story.

The third part of that story is what happens once he or she does get sober. Of course, just about everything improves once a person manages to quit drinking and embrace sobriety. “My life is so much better now” is a common theme running through just about everyone’s recovery, but there will always be aspects of what is actually better that are unique to the individual, as well. Here are some of the more common things that happen when people finally get sober:

Of course, this list is only partial. Beyond the things mentioned above, people who get sober feel more positive about their lives in just about every sense. As Michigan driver’s license lawyers, my team and I hear everyday from people who tell us how profoundly their lives changed since they quit drinking and chose sobriety.

The contrast between how things used to be when a person was drinking compared to how they are once he or she gets sober is often stark. The whole idea of “this is who I was, and this is who I am now” is the basis of a person’s recovery story. It is, as noted, the foundation upon which my team and I build a winning license appeal.

To be sure, plenty of people have never thought of their recovery in the context of it being any kind of “story.” Accordingly a key part of our job to draw out the details of a person’s transition from drinker to non-drinker and make it fit within the legal framework of a successful license appeal case.

To win a Michigan driver’s license restoration or clearance appeal case, a person must always prove, by what the law defines as “clear and convincing evidence,” 2 key things:

First, that his or her alcohol problem is “under control.” Anyone who has lost his or her license for multiple DUI’s is presumed, by law, to have a drinking problem. It is considered to be under control when a person can prove that he or she has been completely abstinent from alcohol for a legally sufficient period of time. Although the precise amount of necessary clean time can vary from case to case, our firm will generally not move forward unless our client has been abstinent for at least 18 months.

Second, that his or her alcohol problem is “likely to remain under control.” Essentially, this means a person must convince the hearing officer deciding the case that he or she has both the ability and the commitment to remain abstinent for good. Put another way, a person has to prove that he or she is safe bet to remain clean and sober for life.

To be clear, we’re talking about abstinence and remaining clean and sober from ALL substances, including recreational marijuana. Although it is legal in Michigan and in many other states now, a person cannot be “clean and sober” but still smoke weed recreationally.

Although anyone who is genuinely sober understands this, for the benefit of those who aren’t quite there yet, here’s why: Sobriety, as in “clean and sober,” means having been abstinent from and making the lifestyle choice to permanently refrain from the use of all mind and mood altering or potentially habit-forming substances.

Any person who goes from booze to pot, pot to booze, opiates to booze, or opiates to pot, or anything like that, is just substituting substances, and not truly sober in any clinical sense. When a person “gets” this, then everything about his or her life changes, and all for the better.

More important, though, is that no matter what anyone may think about it, and no matter how much he or she may not like it, the simple fact is that the use of recreational marijuana will completely kill a license appeal.

To begin a restoration or clearance case, a person must file, among other things, a legally sufficient substance use evaluation and at least 3 (our firm always requires 4) testimonial letters of support with the Michigan Secretary of State. There is a lot to each of those things, so we won’t detour into any explanation of them here, other than to observe that as those documents are being put together, the outline of a person’s recovery story begins to emerge within them.

Or at least it better, if he or she is to have any chance of winning. Because my team and I are full-time DUI and driver’s license restoration attorneys, almost all of our work involves resolving legal issues caused by people’s drinking. Whatever else, we know real sobriety, and we can certainly tell when someone isn’t sober. We know what to ask someone to make sure there is a recovery story somewhere in there, even if they have never told it yet.

One of the most important things we do is carefully screen all potential license appeal clients and ask the right questions to make sure they are genuinely sober. Sobriety is not only a prerequisite to winning a license appeal, it’s a prerequisite to our firm agreeing to take a case. Remember, our guarantee obligates us to stick with a case until it does win.

To be blunt about it, this means we COUNT on winning the first time around, not having to do a case all over again, for free, as “warranty work.” The last thing we want to do is take a case for someone who isn’t sober and then plow forward into a loss. That instantly doubles our work and cuts our pay in half. We pour our hearts and souls into every case we take, but we would never have the drive to do that for someone who isn’t really sober.

Accordingly, we are as invested as our clients in their success. And while that’s all well and fine, it is through the screening process that we can at least sense the outline of a person’s recovery story, and see if it’s “somewhere in there.”

Of course, there is no shortage of people who think they can BS their way through the license appeal process, but my team and I can smell that a mile away, and so can the Michigan Secretary of State hearing officers. They are experts at detecting BS, and they start each day EXPECTING to be lied to, especially about someone’s drinking.

As was pointed out at the beginning of this piece, a person must not only be sober to win a license appeal, but must also prove it with “clear and convincing evidence.” This means the hearing officers don’t have to split hairs when deciding a case, or worry about any that may be a close call. Instead, when the evidence is presented, the person will either hit a home run, or not. And to be clear, “not” means losing.

To hit that home run and win essentially means a person has adequately told his or her recovery story.

Even if you have never thought of getting sober as any kind of story, as long as you have managed to quit drinking and intend to remain sober, my team and I will flesh out the details and make your case a winner – guaranteed.

If you are looking for a lawyer to win back your license or obtain the clearance of a Michigan hold on your driving record so that you can get a license in another state, be a savvy consumer and read around. Pay attention to how different lawyers explain the license appeal process, and how they explain their various approaches to it.

Wen you’ve done enough reading, start checking around. You can learn a lot by speaking with a live person.

Our firm can handle your case no matter where you live, so make sure to give us a ring, as well. All of our consultations are free, confidential, and done over the phone, right when you call. My team and I are very friendly people who will be glad to answer your questions, explain things, and even compare notes with anything some other lawyer has told you.