As Michigan driver’s license restoration lawyers, my team and I deal with all the legal requirements a person must meet in order to win his or her license back. That’s part of our job, as is explaining it to the people who call us about getting back on the road. In this article, we’re going to take a step back, simplify things and look at license appeals from as non-technical a perspective as possible. In that way, an easy way to begin this discussion it to say that, in order to win a Michigan driver’s license restoration or clearance appeal case, you have to essentially hit a home run. 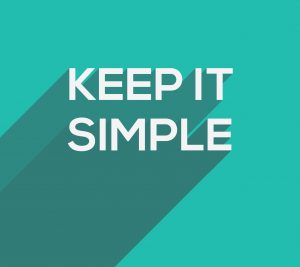 Because the way Michigan law works, if you’ve had your license revoked for racking up multiple DUI’s, then you are presumed to have a drinking problem. If you disagree with that, then you’re stuck in a holding pattern, because the license appeal rules require that you prove, by what is specified as “clear and convincing evidence” (we have to get technical here) that you have honestly quit drinking, and are a safe bet to never drink again. Put another way, you have to prove that you are sober, and have both the ability and the commitment to remain sober for life.

In a very real way, we could just leave it there, as there’s not a whole lot more to the process. However (and this is somewhat ironic), it’s the follow-up questions and concerns that people have that require more detailed explanations. A significant percentage of people will read (or be told) what’s in the previous paragraph and have all kinds of questions that start with phrases like, “What about…?” Many will explain how much they need to drive, and argue that their situation should be seen as some kind of exception, and that the rules shouldn’t fully apply to them.

That’s as good a place to begin as any: There are no exceptions. Once a person has his or driver’s license yanked after racking up multiple DUI’s, he or she is seen as a risk when it comes to drinking and driving. The license restoration rules have been written to eliminate that risk as much as possible, and therefore, they require anyone trying to get his or her license back to prove they’ve been completely abstinent from alcohol and are committed to lifetime sobriety.

Although it’s a rather dramatic example, consider the case of a man with 2 sex-crime convictions involving minors: He can NEVER get a job in a school, and, in many such situations, probably can’t live within 1000 feet of a school for many years to come (if ever), and will be on the sex offender registry either for the rest of his life, or at least the better part of it.

By and large, most people who learn this about him are going to agree with the idea that “this guy should never be allowed around kids.”

The law doesn’t provide for any exceptions for him. There is no place or way for him to go and try and explain that the rules shouldn’t apply in his case because both of his convictions occurred when he was young, and involved girlfriends of his who were even younger, but not by that much.

Instead, and to play it safe, most people will just think something like, “well, yeah, that’s tough, and maybe even unfair to that guy, but hey, he did it to himself, especially after he got in trouble for it the first time.”

It’s no different when it comes to putting someone back on the road who is legally categorized by the State of Michigan as a “habitual alcohol offender.” The underlying idea is that it’s better to be safe, rather than sorry.

In simple terms, to win a driver’s license appeal, you have to prove the following 2 things, by what the governing rule defines as clear and convincing evidence:

1. That you have quit drinking and been completely abstinent from alcohol and drugs (including recreational marijuana) for a legally sufficient period of time. Although the exact amount can vary from case to case, our firm will generally never file until a person has been clean for at least 18 months, and

2. That you have the ability and commitment (meaning the tools and the intention) to never drink (for use drugs, including recreational marijuana) again. Ever.

In other words, you have to prove sobriety. For everything else we can say, always remember that license appeals are about NOT drinking.

People will often blow over this part of things, however, and, instead, try and make clear how much they “need” a license. Sure, it’s tough and, in many cases, outright limiting to get by without one, but as one of the Secretary of State hearing officers puts it, “Everybody needs a license.”

Needing a license, though, has nothing to do with being able to win it back after losing it for multiple DUI’s.

It sounds like an old cliche, but it is important to remember that driving is a privilege. The state sets the rules by which you get a license in the first place, just as it sets the rules governing how it can be taken away, and, in some of those cases, given back.

Those rules require that, if you get revoked for 2 DUI’s within 7 years, or 3 within 10 years, the only way to get it back is to file and win a formal driver’s license restoration or clearance appeal with the Michigan Secretary of State, and that requires proving that you have been completely abstinent from alcohol and all drugs (including recreational marijuana) and are also committed to permanently living a sober lifestyle.

Another common thing people say is that they have paid their dues, completed probation and done everything asked of them.

Just like needing to drive, having paid one’s dues has NOTHING to do with being able to win a license appeal. Of course, anything helpful that a person learned through classes or counseling completed while on DUI probation (or even thereafter) that may have influenced him or her to decide to quit drinking and commit to sobriety is relevant, but that’s as far as it goes.

Another thing that people frequently mention is that they’ve learned their lesson, and that they’d never drive drunk again, and then go on to say things like they don’t drink like they used to, or they only drink once in a while, or only on special occasions, or only at home.

Whatever the qualifier, the license rules require that, in order to win one’s license back, a person prove, by that “clear and convincing evidence” standard, that they have completely quit drinking and are committed to never drinking again.

Not even a drop.

The state has decided, through the rules it had put in place, that it is simply NEVER going to screw around and take a chance that someone who has demonstrated themselves to be a risk to drive while over the limit won’t overdo it and drive again, and will therefore only issue a license back to those who have truly embraced sobriety.

Whatever else, the state knows that people who do not drink are zero risk to ever drive drunk, and it therefore will only restore the privilege to those who can convince a hearing officer (again, by “clear and convincing evidence”), that they have quit drinking for good.

As we noted before, license appeals are all about not drinking.

The license appeal process doesn’t leave room for any “what about” or “yeah, but” (in our office, we call this the “yabut” phenomenon) exceptions. To win a license appeal, you have first be sober, and then be able to prove it, by “clear and convincing evidence.”

Proving it requires filing a case and submitting various documents that include a legally sufficient and favorable substance use evaluation along with corroborating letters of support. Then, it all has to be put to the test, so to speak.

The opening sentence of the governing rule (Rule 13) begins with this language:

“The hearing officer shall not order that a license be issued…” (emphasis added).

This is huge, and, unfortunately, all too often overlooked.

What the rule makes clear is that, in addition to having to prove one’s case to the hearing officer by “clear and convincing evidence,” that hearing officer is directed, by law, NOT to essentially start each case with a blank slate, or even a neutral position, but rather with the decision already starting out at “no.”

He or she is then only supposed to change his or her mind if the person piles up enough evidence proving that he or she has been alcohol (and drug) free long enough, and also demonstrates themselves to be a safe bet to stay sober.

As the saying goes, “the third time is the charm,” and in that spirit, it is worth repeating: License appeals are about NOT drinking (and proving it).

At the end of the day, this is the simplified version of what it takes to win a Michigan driver’s license restoration or clearance appeal.

If you’re looking for a lawyer to win back your license or get a clearance of a Michigan hold on your driving record so that you can get a license in another state, be a smart consumer and read around. As you do, pay attention to how different lawyers explain the license appeal process, and how they explain their various approaches to it.

Our firm can handle your appeal no matter where you live, and we GUARANTEE to win every driver’s license restoration and clearance appeal case we take.