To win a Michigan driver’s license restoration or clearance case, a person must satisfy certain legal requirements, most of which are set out in the main rule governing license appeals. As Michigan driver’s license restoration lawyers, we know that a lot of people, including lawyers who hold themselves out to “do” license restorations, miss a critical part of the written law that’s spelled out before any of the legal issues or requirements are specified. As we’ll see, this language is so simple that it’s easily overlooked, but missing it will (and, in fact, must) result in a license appeal case being denied. 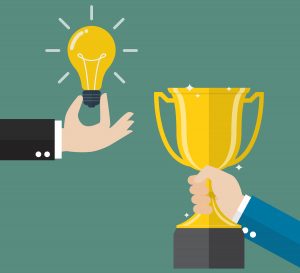 The main rule that really controls the whole license appeal process begins with this critical sentence: “The hearing officer shall not order that a license be issued to the petitioner unless the petitioner proves, by clear and convincing evidence, all of the following…” Notice the 5th word in that sentence: it’s “not.” This means that the rule begins by instructing the hearing officer to NOT grant a license appeal unless, as it goes on to say, the person proves his or her case by what is specified as “clear and convincing evidence.”

In other words, the hearing officer is essentially supposed to begin considering a case with “no” as the answer, and can only change his or her mind if the person presents favorable evidence that is both “clear and convincing.” To put this in perspective, it’s important to note that there is no other legal rule (at least none of which I’m aware) that begins with a negative mandate like this, and that’s huge. Unfortunately, the significance of this one little word (“not”) is often missed.

The main rule (Rule 13) that governs license appeals could have just as easily stated something like “The hearing officer shall order that a license be issued to the petitioner only if the petitioner proves, by clear and convincing evidence, all of the following,” but it does not. It opens with a clear and firm negative instruction (“shall not”) to the hearing officer. As we’ll see later, there is a reason for this, but it couldn’t matter less unless a person first understands exactly how that “shall not” language sets up everything that follows in the Michigan driver’s license restoration process.

At its simplest, the negative instruction to the hearing officer means that a lawyer’s job is to take away his or her ability to say “no” by presenting the kind of clear and convincing evidence that will require him or her to say “yes,” instead. This is not really about the amount of evidence, but rather its quality and strength.

To really get this, it’s important to first understand what is meant by “clear and convincing.”

Legally speaking, this is the highest legal standard in civil law, and very close to the criminal standard of “proof beyond a reasonable doubt.”

Practically speaking, proving something by “clear and convincing evidence” equates to hitting a home run.

In other word, you really have to “kill it.”

What a lot of people miss is that “clear and convincing” not only means strong evidence, but also evidence that essentially removes any doubt about the matter it’s supposed to prove. Consider this example:

Assume that Bob is accused of stealing David’s bike. Bob’s lawyer presents 10 witnesses who say they know Bob, that he’d never do such a thing, and, although they don’t specify how they know it to be true, also say Bob didn’t take David’s bike.

That’s a lot of evidence, but none of it is particularly strong, and certainly falls short of being either clear or convincing.

Now, assume that instead of 10 witnesses, Bob’s lawyer presents only 3, but these folks claim they were with Bob at a gathering the night David’s bike was stolen, and each of them has pictures of the 4 of them hanging out together throughout the entire evening.

3 is a lot less than 10, but the evidence brought by this smaller group is much stronger, and is not only clear, but also convincing.

In evaluating the evidence presented in a Michigan driver’s license restoration case to make sure that it meets the “clear and convincing” standard, the hearing officers are not being mean-spirited, but rather just following the law, and that law itself reflects real-life experience.

No matter what, it is a simple fact that a certain number of people who have been sober for a time will “fall off the wagon,” so to speak. There are some die-hard recovery types who will argue that those who relapse were never really sober in the first place, but that doesn’t change the fact that some people who have been abstinent from alcohol, and who had intended to remain abstinent forever, have a slip somewhere along the way, and drink again.

Of course, this also happens to people who have previously won license appeals, after they had convinced a hearing officer that they they seemed like a safe bet to never drink again.

I’m not talking about the state having some vague “knowledge” that this happens, but rather that there are more than a few people, who, after having won their license back, come to the Secretary of State’s attention for either screwing up on the interlock because they start drinking again, or getting popped for another DUI during their first year on restrictions.

Real-life incidents like these directly impact how and why the Michigan Secretary of State license appeal process works the way it does.

I point this out so that the reader understands that, in a manner of speaking, the hearing officer’s job isn’t to focus upon the 99 reasons why a person should win his or her appeal, but rather to look for the 1 reason why he or she should not.

Our firm guarantees to win every license restoration and clearance appeal case we take, so we carefully screen all potential clients. Yet among the people we do wind up representing, plenty come to us after having previously lost either a “do-it-yourself” license appeal, or after having hired some other lawyer who lost a case for them.

Since we only take the cases for people who are sober, this means that plenty of people who had honestly quit drinking still didn’t win their cases, and that’s why they hire us. They’re often very frustrated because they don’t fully understand that, while sobriety is the main prerequisite to win a license appeal, being able to prove that sobriety, within the requirements of the license appeal rules, is the underlying key to success.

In other words, you not only have to be sober, you have to be able to actually prove it to a hearing officer whose stated job description is to deny the case unless the evidence of your past and present sobriety and commitment to continued sobriety is “clear and convincing.”

This means, then, that if the hearing officer can find anything that causes him or her even little doubt, or otherwise leaves an important or relevant question unanswered (or not satisfactorily answered), then he or she must deny the case.

That sounds all well and fine, but the fact is, to do that, we have to keep an eye on all the little details, and never lose sight of the fact that for all the reasons we can give a hearing officer to grant an appeal, he or she will be on the lookout for that one reason to deny it.

My team and I are always mindful of that. As a line from one of my favorite songs goes, “Good work is the key to good fortune. Winners take the praise, but losers seldom take that blame.”

We do good work, and it’s attention to details like those I’ve outlined above that explains why our firm guarantees to win every license restoration and clearance appeal case we take.

If you are looking for a lawyer to win back your driver’s license, or clear a Michigan hold on your driving record so that you can get a license in another state, be a smart consumer and read around. Read how other lawyers explain the license appeal process, and how they explain their various approaches to it.

We can handle any case no matter where in the world you may live, as long as it involves a Michigan drivers’ license revocation or hold.

My team and I are very friendly people who will be glad to answer your questions, explain things, and even compare notes with anything some other lawyer has told you. All of our consultations are free, confidential, and done over the phone, right when you call. We can be reached Monday through Friday, from 8:30 a.m. until 5:00 p.m., at either 248-986-9700, or 586-465-1980.