As Michigan DUI lawyers, we represent people from every profession and occupation, including a lot of medical and technical people. One of the most common concerns voiced by someone facing a 1st offense DUI is the potential impact of a conviction, and how it will affect their employment and/or licensure. Often, we will hear a statement such as, “I can’t have a DUI on my record.” In this article, I want to take a look at why, for almost everyone (at least for those who don’t drive for a living), a DUI is not the end of your career. 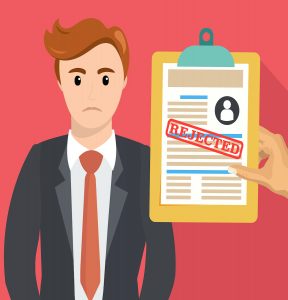 In the real world, a DUI is almost never any kind of job killer. In my nearly 30 years as a lawyer, I have only had a handful of people whose employment has been adversely affected by a DUI, and ALL of them were people for whom a clean driving record was a condition of employment. Most had a CDL (Commercial Driver’s License), and could no longer drive a company vehicle because commercial driving privileges are automatically suspended as the result of any alcohol-related driving conviction. Even among this group, most were simply moved to different positions within their companies, and not fired.

This reality stands in stark contrast to how people freak out, and what they dread, when they first get a DUI. This is why, in article after article, I caution against acting out of panic. I advise that everyone take their time as they look for a lawyer, rather than hiring the first attorney who returns an email or phone call. At any rate, the larger point here is that there is a very big disparity between how people think a DUI will hurt their ability to earn a living, and what really happens. Fortunately, things almost never turn out as bad as people fear.

Here, I want the reader to stop for a moment and think about what I said. The idea that things aren’t as bad as they seem goes against the tide of fear-based marketing used by many lawyers. From a purely economic point of view, it would be better for me to play up all the scary-sounding things that could happen as a result of a DUI conviction, and then sell myself as the expert who can save you from them. Except that I know almost none of those things will happen, and I have no heart to pretend otherwise. It’s simply wrong, at every level, to exploit people’s fear, and I will have no part of that.

However, it is especially true for anyone facing a 1st offense OWI charge. This doesn’t mean that a DUI is any kind of “walk in the part,” or that you should do anything less than hire the best lawyer you can afford, but it does mean that the best lawyer is definitely NOT the one who tries to focus your attention on all the scary-sounding potential consequences you face. Those potential consequences are a lot like the disclaimer about possible side-effects at the end of a TV ad for some medication; they exist in theory, but are otherwise exceedingly unlikely to happen.

Above and beyond everything else, the biggest fear most people have in a DUI case is going to jail. Because that  almost certainly won’t come to pass, there’s no sense planning your defense around it.

With the possible exception of 1 Judge here, in the Metro-Detroit area (meaning Oakland, Macomb and Wayne Counties), nobody goes to jail for a 1st offense OWI, unless he or she was blind drunk, weaving in-and-out of traffic, and bouncing off all the other cars on the road.

Another big concern people have is losing the ability to drive. In a 1st offense DUI, that doesn’t happen, either. The worst thing that happens is that your license will be restricted awhile.

In many of my previous articles, including one that was published very recently, I have examined the license consequences of a DUI. The bottom line is that what happens to your license depends on the final charge that goes on your record. Therefore, unless your lawyer can get all charges against you dismissed completely, what you need is to get the very best plea bargain possible.

Many people worry about what consequences a DUI conviction will have to their professional license. If handled appropriately, there will essentially be none, beyond a simple notation on your record.

Properly and timely reporting is the key to success. In that sense, “proper” reporting can involve the strategic submission of a helpful explanation along with additional documentation, including a clinically sound substance use evaluation.

When things are handled correctly, people don’t lose their jobs. Most of the time, superiors never even learn about an employee’s DUI. The central thread to all of this, though, is the idea of “working things out,” and that involves plea negotiations and the skillful use of other tactics that can have a positive impact on the outcome of a case, short of getting is dismissed outright.

To make all of this more understandable, we have to hit the pause button for a moment, and jump ahead to examine that notion of getting your case dismissed.

Of course, everyone wants their whole DUI thing to just “go away.” The fact, however, is that those situations are far more the exception, rather than the rule. Even so, and to use a medical analogy, if a patient presents with a condition that is fatal in about 90% of all cases, he or she should still expect and hope that the treating physician will leave no stone unturned in the quest to make him or her part of the lucky 10% who survive, right?

It’s no different for a DUI lawyer. The first order of business in a drunk driving case is to obtain and then carefully examine all the evidence.

However, if a lawyer or law firm’s marketing shows that they focus too much on simply “beating” cases, and they waste time and space just listing all the things that could be wrong with the evidence, instead of what to actually do about it when it’s solid, that’s a pretty big signal to run the other way.

First, this is a very base (as in lowbrow) form of marketing. Sure, it’s a money-maker to tell (and ultimately sell) people what they want to hear, but for a lawyer to ignore the MUCH larger reality that most DUI cases are solid enough to not be dismissed, even if that doesn’t sound as “sexy” as beating a DUI charge outright, is completely misleading.

No matter what measure you use, the simple fact is that the overwhelming majority of DUI cases are “worked out” by some kind of plea arrangement.

A lawyer trying to deflect attention from that is simply ignoring the reality that most DUI cases are NOT going to be tossed out of court, and will, therefore, go through the court system. It’s hard to imagine, but despite this impossible-to-miss reality, any lawyer hawking his or her services this way obviously cares more about getting paid to tell people what they want to hear more than anything else.

If I hire someone, I want them to care about me…

Second, given that fact that the evidence in the overwhelming majority of DUI cases is strong enough to survive any challenge to admission, and ultimately, almost all such cases are resolved by a plea, any lawyer focusing too much on the “we can beat this thing” approach is NOT directing his or her attention where it ought to be. Which is getting the best outcome possible in all cases, meaning that the vast majority are “worked out.”

Now, let’s go back and “un-pause” our earlier discussion.

The most likely reality, then, from a purely statistical point of view, is that anyone facing a DUI is not going to “get out” of it completely. It’s all well and fine to hope for such an outcome, but the simple fact is that if that happens, it’s a lucky break.

In order to make sure things turn out as well as possible – and let’s be crystal clear here – that means as leniently as possible, a lawyer has to carefully examine every last bit of the evidence, not just to find any fatal flaws with it, but to find any and every other “issue” that can be used to drive the best deal possible, even if it’s not good enough, by itself, to get a case knocked out.

Think about it this way: if you were to try and balance the weight of a car on a single brick, it might be just too heavy, and the brick would be crushed. However, 3 or 4 bricks may be enough to do the job.

In that same way, a few little “problems” with the evidence may not be anywhere near enough to challenge it and keep it out of court, or to get the case dismissed altogether, but those same things can make a huge difference in getting a plea bargain, or otherwise having a positive impact on the ultimate sentence that’s handed down.

The bottom line is that while everyone knows the “best” outcome in any DUI case is to have the whole thing thrown out of court, and everyone hopes that his or her case can be “that one,” the reality is that’s not going to happen in most cases. Instead, it’s far more likely that if you’re facing DUI charges, they’ll be resolved through some kind of plea.

The grand takeaway here is that, unless you drive for a living, or having a perfect driving record is a necessary part of your job, a 1st offense DUI is very unlikely to impact your livelihood that much, if at all. If you hold a professional license, it will have to be reported, but if handled properly, this can almost always be made into a non-issue. Although it’s an order of magnitude more serious, much of this holds true for a 2nd offense DUI case, as well, assuming the case is handled properly.

This brings me back to the same recommendation I make again and again: if you’re facing a DUI, take your time as you look for a lawyer. Although there really is no hurry, you may feel very anxious and believe it’s in your best interest to quickly retain an attorney. Ignore that impulse, and be a good consumer, instead. There is simply no downside to thoroughly checking out your options.

Do your homework in your search for a lawyer. All of our consultations are free, confidential, and done over the phone, right when you call. If your DUI is anywhere in Oakland, Macomb or Wayne County, give us a ring. My team and I are very friendly people who will be glad to answer your question and explain things. We can be reached Monday through Friday, from 8:30 a.m. until 5:00 p.m., at 248-986-9700, or 586-465-1980.