As Michigan driver’s license restoration lawyers, we deal with the consequences of failed and missed ignition interlock breath tests on a daily basis. In this article, I want to explain why a startup failure is such a big deal, especially because, it won’t, by itself, result in a formal ignition interlock violation, but will cause problems later on. The main point I want to make is that even a single startup test failure will present an obstacle down the road, when a person goes back to get his or her full license. 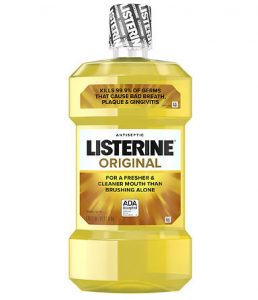 This whole startup failure issue is “contemplated” within the notice of proper ignition interlock use contained in every order that’s issued after a successful driver’s license restoration appeal. The Michigan Secretary of State (SOS) provides rather detailed instructions about how to avoid any kind of violation in the first place, and then what to do if a person misses or fails a test. Unfortunately, the SOS drops the ball on this issue because the notice of interlock use “strongly suggests” that a person who fails a startup test obtain a timely PBT or EtG test, when, in fact, it generally EXPECTS a person to get one of these tests, and often penalizes those who don’t do so.

Whatever one can say about all this, as the saying goes, “it is what it is,” and we have to deal with things as they are, not how we’d like them to be. The reality is that if you are required to use an ignition interlock after a driver’s license restoration appeal, or while on a Sobriety Court license, either you take the steps necessary to protect yourself, or you’ll regret not having done so later on. The day before this article was written (I write them about 2 months ahead of publication), I received an email from a previous client of mine, and the exchange of messages between us explains this whole issue better than anything else I could ever write. For reasons of confidentiality, I have redacted the client’s name and replaced it with [Previous Client], or [Previous]. Otherwise, I have copied and reprinted our emails below, exactly as they were written:

Hi, this is [Previous Client]. You represented me in court some time back.

Just wanted to ask about violations. I blew into my device this morning and had a failed test. I used mouthwash about a few minutes prior and rinsed my mouth. Went to blow and got a failed test. During my 2 min wait I rinsed my mouth again and passed and continued passing as I drove. Will this be an issue due to the short period of time between tests? No rush on a response I know it’s the weekend. Im just worried cause I wasn’t trying to do anything wrong.

Thank you for your time

As soon as I got the email, I responded as follows:

Remember, your order “strongly advises” getting either a very timely PBT test at a police station (might be too late for that now) OR getting an EtG urine test by the end of the day.

With every fiber of my being, PLEASE listen to me – GO GET AN EtG TEST TODAY!!!

It’s a long story, but a short lesson. Here are a few articles about that very subject (I have a few coming out, but my blog program won’t allow me to link them until they’re published):

Ignition Interlock Violations in Michigan – Notice of Proper Use – Part 1

Ignition Interlock Violations in Michigan – Notice of Proper Use – Part 2

Ignition Interlock Violation from the Michigan Secretary of State

I’m glad you contacted me. Just go get that pee-test asap. It’s essentially no good if you don’t get it today (the SOS wants it within 24 hours, but likes it more if it’s done within 12 hours)

Shortly after, I received this reply:

I just did. All negative. I had the clinic fax it to your office. If it’s possible at all for it to get sent to the SOS to be put on my file that would be greatly appreciated.

I don’t have their numbee or a fax machine. But the results are dated for today which is the day of the incident.

Thank you again for your time and assisstance. And for getting back with me. You’re a life saver Mr. Randa.

I then sent this email:

Unless this is your 3rd startup failure within a monitoring period, you won’t be violated right now.

However, and this is why it’s such a big deal, this will need to be addressed when you go for your full license, and the hearing officers are pretty tough on this. Some will simply not give you a full license if you have any issues, like this, without a PBT or EtG, while some others will even go so far as to yank your restricted.

By having this test (in all fairness, the SOS should make it clear that you MUST get one and that they EXPECT it, because that’s the reality), you can give them what they want, and then move on without this being an issue. If you don’t have a test, it does become an issue…

Trust me, this will turn out to be the best $ you ever spent.

And to conclude matters, my client responded as follows:

It’s not. This is the only one.

The whole subject of proper ignition interlock use is complicated, and I cover just about every aspect of it within many of the more than 500 driver’s license restoration articles I have written and published to date, but the simple point here is that if you EVER have a startup test failure, go and get a PBT or EtG test right away.

When you go to get your full license, you carry the burden of proving every part of your case by what the law defines as “clear and convincing evidence,” and that includes proving that any positive ignition interlock tests didn’t involve the consumption of beverage alcohol.

Since the Michigan Secretary of State (SOS) expects as much, it really should change the language in its notice from “strongly suggested” to “you will be expected” to bring in a PBT or EtG test result confirming that there was no consumption of alcohol at the time of any failed startup test when you file for and attend a hearing to regain full driving privileges, or otherwise challenge an interlock violation.

Remember, the interlock device simply detects alcohol. It can’t differentiate the alcohol in wine from that in bread yeast. This is why the SOS warns against eating or drinking anything within 15 minutes before starting your vehicle, or using mouthwash, hand sanitizer, or any other products that contain alcohol in order to avoid any positive test result in the first place.

Moreover – and this is very important – when an ignition interlock breath test result is positive for alcohol, it is NOT the job of the hearing officer to figure out why, or what happened. It is your job to prove that, whatever else it may or may not have given rise to the positive test result, it did NOT occur because any drinking on your part. Getting a timely PBT or EtG test is the best (and expected) way to do that.

If you cannot prove, in a way that the hearing officer finds “clear and convincing,” that it was NOT beverage alcohol that caused you to fail the breath test, then you lose. It’s that simple (and yes, that cold).

The reader should also note that, for as much as any explanation about startup test failure may be logical, it’s evidence that wins cases, not logic. A long explanation will never mean as much as a confirming PBT or EtG test.

This means that the simplest and best workaround for any positive result is to go and get the PBT or EtG test the Secretary of State “strongly advises.” As I noted, it would be much more accurate if, instead of using that language, the state simply said that obtaining such a test in a timely manner is expected, but, as I also pointed out, “it is what it is.”

The hearing officers are far less interested in any explanation about how or why a positive breath test is errant than they are a simple slip of paper from a timely test result proving the same thing. As much as this all may seem like a giant pain in the a$$, the bottom line is that if you’ve come this far in terms of getting your full license back, just suck it up and do what needs to be done to get through this.

And there we have it: if you fail a startup test, follow the state’s instructions and go get a PBT or EtG test promptly.

If you are looking for a lawyer to help you win an ignition interlock violation, or get your license back, obtain the clearance of a Michigan “hold” on your driving record, or get a full license after completing your time on a restricted, do your homework and read around. Read how other lawyers explain things, and how they explain themselves. When you’ve done enough of that, start checking around. My team and I handle Michigan license appeal matters no matter where you may live, so feel free to contact us.