In part 1 of this article, we began looking at ignition interlock violation hearings.  This is a 2-part article, and is 1 of 3 loosely related Michigan driver’s license restoration subjects: The first article examined the standard of proof required to win a license appeal, while the second focused on the Michigan Secretary of State hearing officers who decide these cases (by applying the standard of proof), and this third article, which looks at ignition interlock violations and analyzes how the different standard of proof used here and the hearing officers are essential components of these cases.  In part 1, we examined the standard of proof required to win a violation hearing, and then talked about submitting evidence to overcome the standing presumption that, when violated, you either missed or failed a retest, had 3 startup failures within a monitoring period, or somehow did something to tamper with or otherwise circumvent the interlock unit. We’ll pick up here, in this 2nd part, I will survey how all of this plays out in the real world in each of those situations. 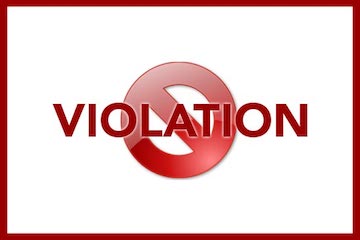 Let’s walk through those 3 common violations in turn.  As I pointed out before, if you miss or fail a rolling retest, the least likely explanation is that you actually did provide a sample and passed with triple zeros (.000), but that the machine simply reported otherwise.  Even if you missed the test because you were rescuing a baby from that proverbial burning building, chances are that the interlock machine is right when it indicates that you missed the required test.  The same holds true for a test that is positive for alcohol.  There are a million explanations about how or why that test result could be errant because you were not drinking, but the chance that you actually provided a sample that incorrectly detected some kind of alcohol is almost nil.  It could be that you spilled hand sanitizer on the handset, or any of those million other reasons, but the point is that it is almost certain that the machine did not somehow detect alcohol that simply wasn’t there.  Something made it register alcohol, as innocent as the cause may be.

The burden of proof you carry is to come forward and explain to the the how and why of it.  If you missed a test, then you are expected to show that you went to the police station and obtained a PBT or otherwise took an EtG test, or thereafter, within a few minutes somehow verifiably provided a negative sample.  If you don’t have those things, then you have to provide an explanation that counts as evidence to counterbalance the presumption that you missed the test or otherwise failed it because you had consumed alcohol.  Think of the scales as going from -10 to +10, with 0 being even.  In a missed retest situation, the scale that says you missed (presumably because you were drinking) sits at about a +4, meaning that the other scale, the one in your favor, sits at about a -4.  You need to add +5 to it to get it back to midpoint and then tipped in your favor.

Startup failures can be a world onto themselves. Even if a person isn’t “violated” for 3 failures within a monitoring period, but later comes back to get his or her full license and has even one startup failure on the interlock report, it’s going to have to be explained.  The state will have already concluded that the machine detected alcohol, so you’re going to have to prove that whatever the cause, it wasn’t because you were drinking.  Probably the worst of these situations occurs when a person can’t start the car (usually in the morning) and then just leaves and does not get either a PBT or EtG test, nor does he or she try to start the car again until hours later (thereby leaving enough time for any suspected alcohol that he or she may have consumed to metabolize).  Here, a retest with the camera and/or a subsequent negative PBT or EtG is the best evidence to offset the drinking presumption.  In a true ignition interlock violation situation, however, we have the added concern that these positives are stacking up pretty quickly, and that tends to work in favor of the idea that someone has started drinking again.  Nowadays, the camera that’s part of the interlock system is helpful, but it is NOT a sure fix, and only a few weeks ago I handled (and won) a violation hearing for someone who did not know that the camera had been knocked out of position and it was no longer capturing the hiss face, but rather gave a splendid view of his left arm and left side of his torso.

Perhaps the worst part of all of this is that the “fix” for any positive test – the idea that you stay with the vehicle, continue to rinse your mouth and test and then go to the police station and get a PBT anytime you have a positive reading – is very clearly spelled out in the order granting an appeal.  Of course, it’s way in the back of the paperwork, and many people never read that far, but as one hearing officer put’s it, it’s your responsibility to read everything in the order and follow the directions contained within it.  Showing up at a violation hearing and pleading ignorance because you never fully read your order does nothing to help your cause.  It’s a poor excuse and is certainly not any kind of “evidence” that you can submit in your favor.

Of all the violations, perhaps the easiest for me to win are tamper/circumvents.  No matter how you cut it, a positive result means alcohol was detected.  A missed test requires that you prove you weren’t drinking.  Tamper/circumvent violations often result from car trouble or car repairs, and therefore do not involve missed tests or positive results.  Sometimes, like in intermittent power losses, the record is filled with negative tests seconds before and after the tamper/circumvent incident.  Still, you have to present evidence on your behalf, even if it’s just the circumstances surrounding the incident itself.  If your battery is disconnected, or you otherwise lose poser, even for just a few seconds, you are going to have to explain it.  The more evidence you have, the better.  In some cases, a person will have a receipt for a new battery.  Other times, he or she may have needed a jump, and a letter from the person who provided it, (or from any other witness) is always helpful.  Tamper/circumvent violations can and do involve more that just battery problems, however, and can occur for more reasons than you could probably imagine.  Properly handling them is done on a case-by-case basis, but as with every other kind of violation, you can’t just show up at a hearing, shrug your shoulders, and claim ignorance.  As soon as the machine detects a power loss or anything that triggers a tamper/circumvent violation, the presumption is that you did something to bypass, rig or in some way sabotage the machine.  Accordingly the scale is tipped not  in your favor.  Your burden is to tip the scale past even and back in favor of the conclusion that you did not.

As with missed and positive tests, the particular hearing officer assigned to decide a tamper/circumvent violation is an important component of how things will go.  For example, while one hearing officer may want an original or very clear copy of a receipt for something like a new battery or a repair, another may not care and be more interested in the surrounding circumstances.  Some hearing officers want to walk through each and every facet of everything leading up to, surrounding, and what took place after a violation, while others are far more interested in what I call the “nickel version,” meaning they want the short version of what happened.

And in that same way, some hearing officers will wrap up a violation hearing in a matter of 10 or 15 minutes, while others use it as an opportunity to see if the person is consistent with things like his or her sobriety date and all the other stuff provided at the time he or she won the original hearing.  You have to know your hearing officer and how he or she does things.  Even an honest person is going to not look very good if he or she is asked the date of their last drink, a date they remembered quite well only months before, and suddenly can’t recall it, or, worse yet, gives a different date.  If your violation is assigned to one of these hearing officers, then you better know what to look over.  If not, then don’t waste the time.

If there’s one thing that bears repeating, it’s that in a violation hearing, the burden of proof is different, less (preponderance of the evidence versus clear and convincing evidence), and that it means you have to tip the scales back in your favor.  This means that if you think of the burden of proof as tipping the scales in your favor, then you have to know that in a violation hearing, they are already tipped the other way, against you.  You have work to do just to get them back to even, and then you must do more to make them tilt your way.  An interlock violation hearing begins with you proving that what the state thinks happened didn’t happen (i.e., if you missed a rolling retest, that you were drinking), and requires more than just showing up to explain things or otherwise just insisting upon your innocence.

Here, we reach the end of the road in this article and in the larger discussion.  I hope the reader has taken or will take the time to read the first 2 articles in this loose trilogy because together, they provide a pretty good foundation for understanding some important aspects of the license restoration process.  If you’re facing an ignition interlock violation, I can help.  You should do your homework, read around, and then call around.  Take the time to find an honest lawyer who clearly explains things in a way that you understand.  You can reach my office anytime during regular business hours (Monday through Friday, from 8:30 a.m. until 5:00 p.m.) at 586-465-1980.  I’m glad to answer your questions or compare notes with anything some other lawyer has said.  We’re here to help, and all of the initial consultation information is done over the phone right when you call.