In part 1 of this article, we began an examination of the updated wording regarding proper ignition interlock use that is part of every Michigan Secretary of State order granting a driver’s license restoration appeal. The large number of interlock violations makes clear that the state’s directions are not read all the way through, and I suggested moving them to the very front of the order, with clear and bold instructions to read them first. We left off by noting that merely saying it is “advisable” to get a PBT or EtG test after a power failure (tamper/circumvent) or a failed or missed breath test is at odds with the fact that, at a hearing, producing the result of such a test is, for all purposes, expected. 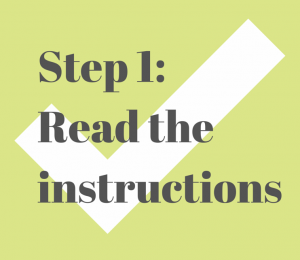 My team and I deal with the problems caused by the state’s use of this indecisive language (‘advisable”) all the time, in real hearings. One of the first things most hearing officers will ask if a person has a failed or missed rolling retest is whether or not he or she got a PBT or EtG test. If a person says “no,” then they’ll be asked, “why not?” Most often, the person will try and explain that they weren’t clear on the need to do that right away, or just had forgotten. Then they’re asked the most dreaded question of all: “didn’t you read your entire order?”

The hearing officers are lawyers and work as administrative law examiners (another way of saying, administrative law judges). Their main function is to evaluate and rule on the evidence in license appeal and violation cases. The legalities and nuances involved in these cases makes perfect sense to lawyers, like me, but when a regular person, who has been driving on the interlock for several months without any issues, suddenly encounters a problem, he or she doesn’t start thinking about the “burden of proof” required to win a hearing, or, what kind of evidence should I be getting together?

In fact, the idea of a “hearing” doesn’t usually come up until they get a notice of violation in the mail, weeks, and sometimes months later, when the 24-hour period to get a PBT or EtG test has LONG passed. For those going in for a full license, this is often first discussed as we do the prep session for their hearing.

The fact is, and as the interlock use section makes clear, the burden IS on the person who allegedly violated to prove he or she wasn’t drinking, but that rather fine legal point tends not to be so clear until a person is sitting in the hot seat at a hearing. When a hearing officer says something like “the order explains that it’s your responsibility to read and understand everything in it, so why didn’t you go and get a PBT or EtG test?”, people tend to swallow hard and get a kind of sinking feeling.

In a technical and legal sense, the fact that this language is in the order does justify the Secretary of State’s action in keeping the person’s license revocation in place, but in a very real sense, it is NOT the right way to do things. I truly believe that a lot of these problems could be avoided just by putting the interlock use instructions on the front of every order where a person wins a license restoration appeal, changing the term “advisable” to “expected,” or something like it, and making crystal clear that the directions must be read first, and then read again, until the person fully understands it.

At a minimum, doing this would remove any excuses a person could try and offer at a hearing for having skipped over it, but more than that, I think it would cut down on a lot of violations in the first place, and, in those cases where a violation couldn’t be avoided, having followed those instructions would cause a person to have the kind of evidence needed (i.e., a PBT or EtG test result) to prove he or she wasn’t drinking.

Another thing that is often overlooked or misunderstood about the interlock unit is the camera. People just assume that the camera is always functioning properly, and that it’s pointed in the right direction, but that’s not always the case. In fact, a person could go forever with the camera pointed down at the dashboard and it would never become an issue until and unless there is a problem with the interlock device, like a power failure, or missed or failed test.

Some people DO sail through their year on the interlock without even a single problem. When that year is up, they get a final interlock report that is one page long, stating that they have complied with all the requirements, have not violated, and made no attempts to start the vehicle with a BAC of .025 or higher. They’re good to go, at least as far as the interlock is concerned. When this happens, there are no activity logs from the interlock attached, because there are no events to be examined.

It’s only when there has been an issue, like a power failure (even for just 1 second), a missed test, or ANY positive breath sample that the interlock unit activity logs surrounding the incident are provided to the Secretary of State, and those include the pictures of who was (or was not, in the case of a missed test) blowing into the device each time.

For as many people who go through their year on the interlock without a glitch, plenty of other people do have something like an errant or stray positive breath sample that clears itself after a while, and can be explained away, provided the camera shows the person providing a timely and clean subsequent sample, or otherwise offering up the recommended EtG or PBT test.

Can any reader guarantee that his or her camera is properly aimed right now? Of course, you might assume that it is, but how can you be sure?  The only real way is to check with your interlock company.

We have handled plenty of cases where the lighting in or around the vehicle wasn’t good enough to make out who is taking a given breath test, or where the camera had, in fact, fallen out of aim. In one such case, we were able to prove it was my client providing a clean breath sample after a positive blow because of the very distinctive watch he was wearing. That was lucky, and, whatever else, you don’t want to trust your fate to mere luck.

It’s not that the Secretary of State is wrong about getting a PBT or EtG test, it’s just that they should ramp up the terminology from “advise” to something that sounds more like “require,” and make clear that if a person doesn’t do that, unless he or she gets really lucky relative to the interlock unit and the camera, the chances of winning a violation are pretty slim. In addition, these instructions should be front and center on the order notifying a person that he or she has won their license back. The way it’s done now simply isn’t good enough.

Indeed, there comes a point when it has to be accepted that if things aren’t working, something has to change. This really applies in any setting. It’s all well and fine to talk about legalities and technicalities, but when those things collide with the realities of life, change is required.

What happens, in the real world, is that when a person gets an order from the Secretary of State informing him or her that they’ve won a restricted license, they get so excited that they read the “winning” part, and then skip over to the section about how to get an interlock unit installed.

If you buy any kind of appliance or electronic device, a “quick start guide” is provided, either along with a big, fat instruction manual, or a link to it so the purchaser can go online and access it. This is done because people don’t read long, technical booklets. In most situations, it would, of course, be better if the consumer or end-user did read everything, but that’s just not how people work. Hence, the now-ubiquitous quick start guide.

In my own life, I have been a buyer and/or seller in a number of real estate transactions, and have attended at least 6 closings in those capacities. Fortunately, I don’t need to pay a lawyer to explain anything to me. As an attorney myself, I know the importance of reading the documents and understanding the terms in them, and I have the ability to do just that.

I have shown up at each closing and let the agent summarize the documents I am signing. I may glance at something, particularly where numbers are involved, but I have absolutely no inclination to parse through all those nitty-gritty terms. That’s just human nature.

When I bought my first Amazon Echo (Alexa), I used whatever quick start guide came with the product to get it up and running. If there was more, I certainly don’t recall, because I never read or went online to look for it. I had gotten a new toy and wanted to use it, not spend 4 hours reading $hit I didn’t care about. If there was something really important I should know, I basically expected that it would be made obvious and nearly impossible to miss.

The Secretary of State should really take this into account and make sure that the notice of proper ignition interlock use, something that is INCREDIBLY IMPORTANT, cannot be overlooked. As much as it is, legally speaking, a person’s obligation to read and understand everything in the order granting his or her appeal, it defies reality to keep sticking these misworded instructions in middle or back of the document when it’s obvious that people don’t read that far, basically jumping for joy when they read they’ve won, and then skipping right to the instructions about where to go to get the interlock unit installed.

Yet for all of that, at the end of the day, unless and until that ever changes, it IS the person’s obligation to fully read and understand the notice of interlock use. There’s an old saying that, “ignorance to the law is no excuse,” and that certainly applies here. As strongly as I feel about everything I have gone over, and while it’s all true, my arguments here amount to little more than “coulda-woulda-shoulda.”

In the context of a hearing, my team and I do, of course, try and explain that the client didn’t fully grasp the specifics of the order, or had forgotten them, or whatever such argument seems helpful, but that doesn’t negate the person’s obligation to read and familiarize him or herself with everything in there.

If you are facing an ignition interlock violation, do your homework, read around, and see how other lawyers explain things, and explain themselves. When you’ve read enough, start checking around. All of our consultations are free, confidential, and done over the phone, right when you call. My team and I are very friendly people who will be glad to answer your questions and explain things. We can be reached Monday through Friday, from 8:30 a.m. until 5:00 p.m., at 586-465-1980.