As a Michigan driver’s license restoration lawyer, I have seen a dramatic rise in the number of ignition interlock violations in recent years, along with a notable increase in the amount of people who lose their driver’s licenses as a result. Although being violated is not good news for anyone required to use an interlock, it doesn’t happen randomly, or without a clear reason. There is usually an objective and understandable cause underlying why violations are brought. We may not like the reasons, but the whole license appeal and violation process is controlled by very specific rules. As it turns out, almost everyone who has his or her license taken away again because of an interlock violation could have avoided it. Perhaps the most regrettable of these situations is when I’m contacted by someone after they’ve gone and tried to represent themselves in a violation hearing, lost, and then wonders if there’s anything that can still be done. Almost without exception, the answer is always no. 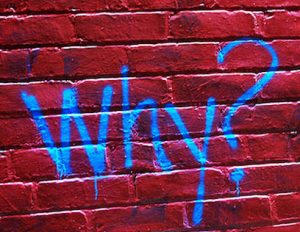 This could almost sound like a set up for some self-serving piece where I tell the reader to just “hire me,” but it’s not. Whatever else, the idea of hiring me (or any lawyer, for that matter) after you’ve lost a violation hearing is a perfect example of the old saying “a day late and a dollar short.” Ideally, it’s best to avoid a violation altogether, but the likely reality is that it’s probably too late for just about anyone and everyone reading this to do that. This isn’t as academic a notion as it sounds, because there is a section in every winning order granting a license appeal about proper ignition interlock use, that, if followed, will prevent most violations from ever happening in the first place, while providing instructions to get the evidence needed to successfully defend yourself and win your license back at a violation hearing in the event it cannot be avoided.

We’re not going to get into all the different kinds of violations and how they should be handled, lest we start examining an almost endless list of possible scenarios. Instead, I want to look at why the Michigan Secretary of State seems so keen to issue violations in the first place, because that is directly relevant to how they should be handled. First off, in answer to a few questions that haven’t been asked yet: Yes, this is (in many cases) unfair; yes, this does suck, and no, it doesn’t seem very efficient. Once you receive a notice of violation, however, there is nothing you can do to stop it from taking effect. In other words, you are going to lose the ability to drive, at least until this is resolved.

A primary concern underlying every interlock violation is the fear that a person has been drinking. This is rather obvious when the violation is for something like a positive rolling retest, or for 3 startup failures within a single monitoring period. However, the issues here involve more than just drinking. Not drinking is important, but, by itself, it’s not enough to keep the license you’ve won back. Part and parcel of the deal you’ve agreed to is that you have to follow the Secretary of State’s rules regarding interlock use. These are clearly spelled out in the notice of proper interlock use. This turns out to be a pretty significant problem, because human nature being what it is, most people learn how to use the machine to get the car going and then just start driving on it. It’s understandable how a person may not worry much about anything more than the basic operation of the machine when they know they won’t be drinking, and therefore figure they won’t have any problems, but it doesn’t work like that.

First off, understand that you’ve made a deal with the Secretary of State. You have agreed to all this interlock stuff. You may not have said so outright, but in order to keep your restricted license and have any chance of ever getting your full license back, you have to follow all the state’s rules. Sure, some of them are inconvenient, but the bottom line is that no one is forcing this upon you. If you want your license back, however, you have to go with this program. You can always elect to not drive, and therefore not have to do any of this. If you want to drive legally, however, then this is the choice you have made, and you either go with the program or not.

Consider this example of how unfair the “program” can be: if a person on the interlock doesn’t provide strong enough breath samples when required to blow, he or she will be violated. There has to be a certain volume of air breathed into the machine. I’ve seen cases where someone diagnosed with emphysema, who is on oxygen, has been violated for this. Although the hearing officers understand the person may be trying, the state has no workaround. In other words, no matter what your disability, if you can’t blow hard enough, you’ll lose your restricted license. This certainly isn’t fair, but, as the saying goes, “it is what it is.”

Thus, we begin with the idea that you understand your obligations, want your license back and therefore have agreed to follow the rules. As I mentioned, however, many people figure they’ll be just fine because they know they’ll never drink again, so once they know how to get the car stated and keep it running on the interlock, they assume everything will be okay. As one of the hearing officers tells everyone who wins their license back, it is your responsibility to read and understand everything about proper ignition interlock use. Yes, this is kind of like the “fine print” in the back of an owner’s manual, but the biggest cost of NOT having done that is facing a violation that probably could have been avoided, or not otherwise having timely procured the kind of evidence that will help you win a violation hearing.

When a person is put on a restricted license with an interlock, he or she is required to provide breath samples, upon request, while driving. This is part of that “deal” I mentioned earlier. Of course, this is done to make sure the driver hasn’t consumed alcohol. If there weren’t rolling retests, a person could consume alcohol, but have someone else blow into the machine to get the car started, and then take off. For what it’s worth, the hearing officers have heard and seen it all, including parents who have been drinking gives the handset to their children in the backseat to blow for them. Nowadays, with the requirement that all interlock units also have a camera, this kind behavior is more likely than ever to be discovered. At any rate, a person on a restricted license is expected to provide a breath sample whenever one is requested.

Sometimes, people miss these tests. Usually, it’s because they didn’t read, or otherwise disregarded the instructions to NEVER leave the vehicle unattended while it’s running. After a while, people think they “know” their machine, so, for example, if they start the car in the garage in the morning and then realize they forgot something in the house, they may run back in to get it, figuring they’ll be back in time to take any test if signaled to do so. Except once back in the house, they knock something over (like a half-full glass of orange juice), and then stop to pick it up, or, they slip on the ice outside the car, or, you name it, any of about a million honest, innocent things that can cause a person to miss a test.

The state instructs that if this happens (remember, they’ve also instructed not to let it happen!), a person should promptly get a PBT breath test at a local police station or at least get an EtG urine test within 24 hours of the missed test. Even if a person does this, however, and shows up at the violation hearing able to prove he or she didn’t drink, the reason for the violation is missing the test. In other words, while the underlying purpose of the test is to make sure you’re not drinking, simply missing it is a violation in and of itself. Part of that “deal” you accepted to drive again is to NOT miss any tests. Whatever the reason, and however much you can prove you weren’t drinking, none of that changes the fact that you missed a required test.

If you win your violation hearing, and then find yourself violated again, the state will have far less patience, no matter what kind of proof a person may have that you didn’t drink, unless the test was missed for a really good reason, like “I was sitting in my car warming it up and I saw a little kid fall off his bike and get badly hurt, so I ran out to rescue him or her (and I have proof of that, too).” I call this “violation fatigue.” No matter how much a person can prove he or she wasn’t drinking, he or she is also expected and required to use the interlock device according the rules as explained in the notice of proper ignition interlock use. When a person doesn’t do that, he or she is in violation regardless of the fact that he or she wasn’t drinking.

Imagine a firefighter who did not go in to the firehouse all day for work, as required, but when confronted about it, replies that he or she should not be in trouble because there were no calls or fires that day. There is an agreed-to expectation (that he or she be there, for work) that has been not been fulfilled. Ditto for missing tests, or even failing tests because a person has used mouthwash, or the battery went dead or was disconnected, even momentarily. In other words, simply not drinking is not good enough. You need to toe the line as directed with respect to using the interlock device.

Of course, there are plenty of things that can be done to win a violation hearing, and I examine them in many of my other articles. The more specific point I wanted to make here, however, is why these violations occur. This may not soothe the frustration of a person on the receiving end of one who blurts out something like “this is bull$hit,” but at least it should make clear that it wasn’t done in any kind of arbitrary or random manner. When I sit down with a client and go over the facts of his or her violation, I can always make clear why it happened, even if the person still thinks (as I often do, as well) that it’s unfair. Fairness is a wonderful ideal, but here, in the real world, if you’re facing a violation, we need to win your license back. We can save debates over fairness for another day…

If you’re looking to hire a lawyer for an ignition interlock violation (no matter where in Michigan you live), I can help. Do your homework, read around, and then start checking around and asking questions. You can reach my office Monday through Friday, from 8:30 am. until 5:00 p.m., at 586-465-1980. All consultations are conveniently done over the phone, right when you call.