There is no way to overstate how much your BAC (Bodily Alcohol Content) result will affect your DUI case. To get a head start on our examination, let’s cut right to the chase: the higher your BAC, the drunker you were, and the more it looks like you are a big (as in experienced) drinker. This is a critically important issue, so this article will examine how to best deal with it. This is rather obvious in a “High BAC” cases, where a person is actually charged with OWI (Operating While Intoxicated) and having an alcohol level of .17 or more. The point I want to make in this article, however, is not about that charge, or any particular DUI charge, for that matter, but rather how a your BAC, whatever it may have been, plays a key role in your case. For example, you could test out with a BAC of .24, and in some jurisdictions, still not be charged with the enhanced “High BAC” offense, while just up the road, you could test out at exactly .17 and wind up facing that more serious crime. Our discussion here is really independent of the precise offense charged, and focuses, instead, squarely on the BAC number from your arrest, whether you took a breath or blood test. 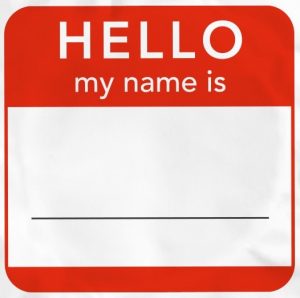 No matter how you cut it, the lower your BAC, the better. Unfortunately, if you’re reading this, there’s nothing you can do about that now, so we’ll just have to deal with it as it is. If there’s one consistent factor in all of this, it’s perception, and by that, I mean  how you are perceived. You don’t need to be an experienced DUI lawyer to understand that, given the legal limit of .08, you look worse walking into court with a BAC of .19 (almost 2 and 1/2 times that legal limit) than you do if you only blew a .09. The problem, of course, is that perception can be skewed, and a situation may “look” to be worse than it is. This circles us back to the idea that the higher your BAC, the drunker you look to have been AND the more it looks like you’re a “big” drinker.” While not always true, a person who only drinks occasionally and would otherwise be considered a “lightweight” usually can’t handle a lot of drinks, and typically won’t show up with sky-high BAC. Regular consumption of alcohol builds a tolerance to its effects, especially for the first few drinks. A non-drinker may feel pretty buzzed and somewhat clumsy after 2 screwdrivers at a wedding, while a more regular social drinker will not.

This begins to matter a lot more as your BAC climbs, and especially as approaches being double the legal limit. A person who rarely drinks (like our 2-drink wedding guest) would have a very hard time not puking before getting to a .15 BAC. There are always exceptions, but the prevailing belief is that the higher your BAC, the more you look like an experienced drinker and the drunker you probably were at the time you were arrested. This is kind of an ugly reality that is not discussed enough by lawyers because it’s a subject that doesn’t make for good marketing. A DUI lawyer can always get more “bites” by telling people all the things that could be wrong with the case against them (and therefore, in theory, could cause the case to be thrown out of court) than by telling them how the case against them is complicated by the factors that do exist. In other words, and in almost every setting, people are always more willing to pay for what they want to hear rather than what they need to hear. That, however, is not right, either factually, morally, or practically. Most DUI cases – as in the vast and overwhelming majority – do not get tossed out of court. Period.

If the police didn’t seriously botch the evidence against you (remember, no matter who tries to sell you otherwise, this is always the exception, and not the rule), then the first thing PROPER handling of your case requires is a candid assessment of where you actually stand within it. The reality, played out every single day in every single courtroom, is that when you walk in for a DUI charge, it’s almost like you’re wearing one of those peel-off name tags where it’s pre-printed, “Hello, my name is ——-, and then you write your name in the blank space. In a DUI case, it’s like yours reads something like, “Hello, my name is Mister .16,” or “Hello, my name is Miss .15.” So what do we do?

First, we have to understand that court system has a built-in “alcohol bias.” This is a functional reality that has developed over time. It is an empirical fact, validated again and again, that DUI drivers, as a group, have a higher incidence of drinking problems than the population at large. If, for example, you were given a research project and instructed to go out and round up a group of 1000 people at random, and it didn’t matter who they were or where they lived or anything like that, EXCEPT that these folks must have a valid driver’s license, and to label them as “group A,” and then you were instructed to do the same thing all over again with one additional condition, that everyone in this next group of 1000 people (to be called “group B”) must either have previously had, or now be dealing with a drunk driving case, no matter how you tested them, you would ALWAYS find a significantly higher rate of alcohol problems amongst group “B” than you would in group “A.” Can you even imagine it being any other way?

Second, it is important to realize how this all looks from the other (meaning the prosecutor’s and Judge’s) side. We can talk about BAC levels like we’re in some kind of math class, but the law says you are drunk – and too drunk to drive – when your BAC hits .08, and you don’t get there by merely sipping 2 glasses of wine over a few hours. If there’s one thing that pervades DUI cases, from the moment of first police contact through the whole court case, it’s that people minimize their drinking when asked about it. It’s not usually some conscious attempt to deceive; it’s really just human nature to underestimate. When you think about it, no one ever plans on going out, consuming enough to be twice the legal limit, and then driving home drunk – it just happens. As inaccurate as a person’s self-assessment may be at the moment, just about everyone thinks he or she fine to drive. Even if a person was told, “Hey, Bob (or Lisa) you’ve just had more than 10 (or, for Lisa, more than 7) drinks over the last few hours and you’re drunk,” the he or she would likely (and incorrectly) self-assess and say something like, “I’m okay.”

Thus, the consumption of alcohol doesn’t just affect a person’s ability to drive, it affects his or her judgment in every respect. There are probably few (very few) amongst us who have never made this mistake before when it comes to being able to drive home. No matter how many times you may or may not have done that before, however, it really counts now. And the more you drank, the higher your BAC, and the higher your BAC, the less this looks like a minor overindulgence. In the real world, you’d rather be though of more as having made a mistake and overindulged than having gone out, gotten wasted, and then busted for drunk driving.

A bit of “overindulgence” sounds so much better than “f—-ing wasted,” and the former, after all, is how people want to be perceived. No one wants a Judge to think they went out and kept slamming down the drinks. It’s perfectly natural to prefer being seen as having had “a few too many” than to be thought of as having gone out, gotten f@$%ed up, and then trying to drive home while swerving all over the road. Your BAC result, however, is THE main factor in how you appear, and how you are perceived. For better or worse, it’s the single most defining factor in your DUI case.

It’s not just the Judge’s perception that matters, either. Prosecutors will sometimes refuse to consider plea bargains to people because of their BAC result, and never because it’s too low. There is no single rule to this, so every case must be handled individually, but the bottom line, once again, is that the higher your number, the more of an uphill climb you’re going to have. Fortunately, in most such cases where the prosecutor is reticent to negotiate a plea deal, there are strategies that I use to help drive a bargain anyway, or at least to otherwise work around the lack of one.

Probation officers, even more than Judges, are able to evaluate BAC results and conduct. Most Judges only read certain police reports. By contrast, the probation officers, who are required to administer a legally required alcohol screening test and make a sentencing recommendation in every DUI case, read every police report. It doesn’t take long for someone in that position to begin to see patterns and make connections. When people are so unsteady on their feet that the police stop the field sobriety tests, it’s NEVER in a “barely over the limit” case. Invariably, when a person is staggering around at the side of the road, it’s because they’re really, really drunk, and you can be sure they’ll have an elevated BAC to prove it. Over time, anyone who pays attention will correlate elevated BAC results with higher degrees of intoxication and, in turn, a greater incidence of drinking problems.

This is just the tip of the iceberg. Over decades and decades, everyone who works within the system cannot help but observe how drunk drivers who are involved in fatal accidents usually have high BACs. It may not always be that way, but it’s usually NOT the case that when someone slams into another car with fatal results, the drinking driver was just barely over the legal limit. Most of the time you hear about that on the news, the driver’s BAC was usually way up there. This helps reinforce the idea that higher BAC results are more dangerous, and, overall, just “worse.”

Most people on probation for a DUI will do what is required of them, but more than you’d probably ever imagine wind up violating probation (or even a condition of bond), and one of the most common reasons is by testing positive for alcohol despite having been ordered to not drink. This, too, reinforces the idea that DUI drivers, as a group, have a higher rate drinking problems than the general population. When Miss .15 BAC winds up violating probation or bond because she tested positive for alcohol while she wasn’t supposed to consume any, it looks like she just can’t get by, or can’t go very long, without drinking.

We’ll stop here for now, and pick right back up in part 2.