In part 1 of this article, we began examining the fundamental importance of your BAC result in a DUI case. Given that this article should be read as a whole, I simply divided it at about the halfway point, so we’ll resume right where we left off, and skip summarizing what we’ve already covered. Common sense dictates that those people arrested for a DUI with a higher BAC are probably more frequent, or “bigger” drinkers than those with lower results. Common sense also dictates that people who drink more are more likely to develop a drinking problem. Duh. It is much less likely that someone who rarely drinks, and then only has 1 or 2 drinks when they do, will morph into a problem drinker than someone who drinks all the time. The more you drink, the greater the risk to have or to be at risk to develop a drinking problem. Again, this is common sense, but, as a DUI lawyer, I always have to remember that these are general observations, and that there are plenty of exceptions. Therefore, it is an important part of my job to protect my client from getting swept away by the system’s built-in alcohol bias. I’ve had plenty of clients with high BAC results who really weren’t big drinkers. We can say that all day long, but the burden is on me to come to court with something to back that up. 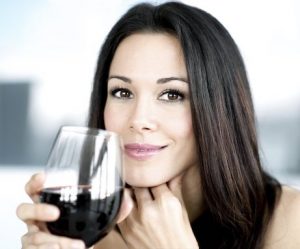 Almost without exception, everyone arrested for a DUI (especially a 1st offense), will proclaim that he or she isn’t a big drinker. People charged with the High BAC offense do this all the time, as well, although they often try to explain it in a way that at least acknowledges that their situation looks bad. By contrast, no one ever tells a Judge that he or she IS a big drinker and can handle their booze. Can you imagine someone saying to the court that even though they had an elevated BAC number, they weren’t really that drunk? The reader has no idea how many times I’ve sat in court and heard a Judge tell someone (not my clients, because I won’t let them make that mistake) that despite their protestations to the contrary, their BAC indicates that they drink more than they’re letting on. When a person’s alcohol level belies the fact that he or she does not have an alcohol problem, we need to prove that, not just say it.

This is not an impossible task. Clinically speaking, there are some outliers who have a higher tolerance to alcohol than others and do defy the “general rule.” This applies to everything, and not just alcohol. My wife, for example can tolerate hot food temperatures much more than me. If we go out to eat and the server brings a bowl of steaming hot soup, she’ll dig in right away, while I have to wait a long time before I find it anything less than scalding. By contrast, I love spicy stuff (and, nerd that I am, belong to a “hot sauce club” that ships 3 new bottles to my door every month), so what I find more like “medium” spice will leave most people screaming in pain. I use the hot sauce example for 2 reasons relevant to our discussion here. In the first place, I have, of course, developed a tolerance because I do eat hot stuff all the time. However, I have always had a greater, native tolerance to spices than the average person to begin with, and I suspect that few people without a little increased tolerance to spice heat would be the kind to join a hot sauce club, and would probably never go beyond anything hotter than Tabasco sauce.

Yet for as true as all this may be, it has limited value in a DUI case. You wear your BAC number like a name tag, and various conclusions are drawn about you right from the start because of it.

That does not, however, mean we can’t do anything about it. The astute reader may have suspected that I meandered so far afield that I forgot the very question I posed to close the third paragraph of this article. There are some counter measures that we can take, but again, we must understand the larger context here. There is NO Judge who is going to buy an argument that a person with a really high BAC, like one that’s above .20, wasn’t seriously drunk, nor will any Judge easily believe that such a person isn’t a regular, if not frequent drinker. As much as you want to say so – don’t. That only makes things worse. Even if it’s true, and you actually ARE that statistical outlier, we’re better off tackling this from some other angle.

Determining the best such angle depends on a number of factors. First, of course, is the court and Judge where your case is pending. Here, location rules. No matter what else you do or don’t have going on in your case (including BAC) WHERE it’s pending is probably the single most important factor in how things will turn out. Some courts are just plain tougher than others, and even within the same court, one Judge may be much more lenient (or, to put it another way, much less forgiving) than another. This, by the way, is why hiring a DUI lawyer who regularly gets to the court where your case is pending is so important. As a DUI lawyer, I am essentially selling my experience and skill. If I don’t know how a particular Judge perceives things, or how that court “does” things, then what benefit am I offering my client? Anyway, knowing what will fly and what won’t with your particular Judge is a primary consideration and really, a “no-brainer.”

The facts of your case are also important. If a client rolls his or her car into a ditch and then says they know how bad that looks, I can explain that there is a bright side to this, as well, inasmuch as, whatever the person’s BAC, at least they look like they’re not a very good or experienced drunk driver. In other words, it’s far worse to “look” like you weren’t that drunk when your BAC is rather high than it is to look like, at that level, you simply couldn’t hold it together. This makes sense when you think about it, but most people don’t think about it until prompted to do so. If you’re in a situation where it looks like you were really drunk and your BAC was rather high, at least an argument that you’re not as big a drinker as that BAC may make it seem is more credible, even though it may seem counter-intuitive, at first.

There is a clinical side to all of this, as well. By law, anyone going through the court for a DUI must undergo a mandatory alcohol screening. This is done by administering a written test which is numerically scored. In general, the higher you score, the more likely you are to have or to develop an alcohol problem, whereas the lower you score, the less likely it is that you have or will develop any such problem. Lower scores are better, although every score is viewed through lenses invariably colored by the court system’s inherent “alcohol bias.”

Fortunately, I can help with this better than any lawyer I know because have a rather deep well of clinical training, having completed a post-graduate program of addiction studies. I fully understand more about the development, diagnosis, treatment of and recovery from alcohol problems. Now, as fancy as that sounds, the real question is, how does it help the client facing a DUI? The answer is that I really use that knowledge to make sure my client does as well as possible on that alcohol screening test and throughout the rest of the assessment process. In fact, I have every client schedule a separate, 1 to 2 hour appointment with me before they go in for that assessment just so I can prepare him or her for it.

There is way more to this, but exactly how I do things and the unique skill set I have developed is to be honest, proprietary, and only shared in the confidence of the attorney-client relationship. As the proprietor of a local magic shop puts it so well, “The secret is told when the trick is sold!” (Sorry, but I’ve been waiting for years to use that line, so even if it isn’t a perfect fit here, I had fun saying it.) Nevertheless, there is more than a grain of truth to that, and the bottom line is that it’s probably not a good idea to reveal too much about this in an article for reasons that are somewhat obvious here as well as some that will become clear later, across my conference room table.

Before we leave this discussion, we should at least take a quick look at this from the other end of the BAC spectrum. If I had to give a median BAC score that I see (and I handle a LOT of DUI cases each week), I’d have to say it’s about .16. I see plenty of High BAC charges. By contrast, I don’t see many cases where a person is “barely over” the legal limit. While it may be cause to jump for joy when a client presents with a single digit result (.08 or .09), I don’t see many DUI cases with a BAC below about .14. I do, however, see plenty with levels way over .20. Although I throw out .14 as a kind of rough estimate, the larger point is that BAC scores tend to be higher, on average, rather than lower. This makes it better (much better, actually) for anyone whose score is lower.

A few days before I wrote this article, I met with a new client (my last for what had been a long day) whose breath test result was .12. She was delighted at my reaction in learning her result, because I was so happy to end my day with a case having a relatively low BAC. Whatever else is or is not part of her case, the lower score will make it easier for me (and, of course, her) in every respect.

Lower scores always mean “less drunk,” and they are often interpreted to mean the person presents less of a risk to be a “big drinker.” In fact, a hardcore, “big drinker” could simply get caught driving from one bar to the next, and have been interrupted on his or her way to that stratospheric BAC. In other words, a lower BAC does not really prove anything beyond the fact that the person wasn’t as drunk at that moment as someone with a higher result, but, as we noted earlier, it is how you’re perceived that matters, and the lower number almost always gives way to a more favorable (or, to put it another way, a less unfavorable) impression of a person as being a lower risk. In the context of a DUI case, that’s a gift.

If you are facing a DUI charge anywhere in Oakland, Macomb or Wayne County and are looking to hire a lawyer, then do your homework. Read around. Comparison shop. Ask questions. When you’re ready, contact me. All of my initial case screenings are done over the phone, right when you call. You reach my office Monday through Friday, from 8:30 a.m., until 5:00 p.m., at (586) 465-1980. We’re here to help.