If you are facing an indecent exposure, or aggravated indecent exposure case, then you already realize that it’s an uncomfortable situation. If you’re looking for information online, you will quickly run into fear-based marketing tactics from lawyers and reactionary comments from the public. In this article, I want to make clear that no matter how awful you “feel” right now, things are almost certainly not as bad as you probably think, and the best thing you can do is stop freaking out, take a few breaths, and slow down enough to learn that you can get past this whole situation rather painlessly, and often with little or no damage to you or your record. 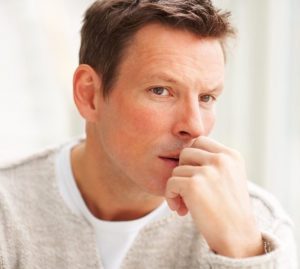 Let’s quickly separate and explain the 2 indecent exposure (IE) charges: For starters, there’s the plain old “indecent exposure,” meaning a person’s genitals were exposed. This is a misdemeanor charge, and it can be brought for any kind exposure of the genitals, whether outright “flashing,” or even if a guy gets caught urinating. Next, there is “aggravated indecent exposure,” where a person was observed fondling his or her genitals. “Fondling” does not necessarily mean (although it can include) actual masturbation. Thus, any rubbing of the genitals is enough. Aggravated indecent exposure is a felony, but a special kind of “light” (meaning lenient) felony, often called a “high court misdemeanor.” To be perfectly clear about it, although the term “high court misdemeanor” may sound better, it is still a felony.

First, we have to determine if the exposure was deliberate, or more accidental. A guy caught peeing behind a building, at night, obviously has very different intentions than one who rises up in the driver’s seat of his vehicle and shakes his penis at someone. However, I’ve had aggravated indecent exposure charges made against guys who have pulled to the back of what they thought was a deserted parking lot in order to have a little “alone time,” only to have the police roll up on them. I’ve also had guys arrested as part of an online “sting” where they had placed ads offering to “jerk” for a female audience, only to find out the interested woman was, in fact, an undercover detective. In truth, though, it’s mostly an urban legend that someone gets charged for relieving themselves behind the dumpster.

Second, the person’s intentions do matter. If a man is sitting in his car in a less occupied area, and when a solitary woman walks by, he makes sure she see him fondling himself, that just “seems” a lot scarier than some guy driving by at 45 miles per hour who quickly flashes his junk before disappearing into traffic. I’ve had any number of cases that have arisen because a guy has exposed himself after misreading the intentions or receptiveness of another person. This is much different than the case of the guy just waiting for a woman to walk by in a desolate place, with what seems to be a real desire to frighten and/or intimidate. That kind of behavior opens up a can of potential psychological issues much more serious than a drunken person in a passenger seat of a car who hangs his butt out of the window, mooning everyone within sight while yelling “woo-hoo!”

The takeaway here is that it’s worse if your intention in making the exposure was to intimidate and cause fear in someone. It is important to distinguish that kind of behavior from the kind of situations that we see all the time, where a man wants women to see his genitals, but really hasn’t thought through why he’s doing it, and certainly has no intention of causing her mortal fear. The risk, of course, is that intentions, or lack of them, can be misread, especially when you’re talking about exposing one’s genitals to an unsuspecting audience.

Most guys who flash are just “acting out” for some reason or another. In the real world, people have different ways of blowing off steam, and while some guys may get drunk or punch a wall, some guys expose themselves for a kind of “shock value.” I cannot count the number of decent guys with good jobs who just get stressed out and do something stupid, like exposing themselves. As much as that may help explain what happened, however, it certainly doesn’t excuse it, especially in terms of criminal responsibility.

The most important reason intentions matter so much has to do with what’s called “progression,” where a sexual predator will start out doing less serious things (like exposing himself) and then progress to more dangerous and severe sexually delinquent conduct. The kinds of people who hire me are decidedly NOT predators, but that doesn’t change the equation here. As experience teaches, most sexually delinquent people start small, just like every habitual drunk driver begins with a 1st offense.

Third, then, is making sure a person doesn’t present as any kind of predator, and equally important, doesn’t have the potential to become one. This is more obvious in some cases, like where a guy thought he found a secluded parking spot for a little self-pleasure, whereas, in others, it’s more of an open question, like when a repeat drive-through customer at a donut shop always has his pants undone by the time he gets to the pickup window. And yes, that last example comes from a real case I had.

This whole issue of progression is really important. In fact, it is so critical that, unless the facts of the case absolutely and clearly rule it out, then it is up the defense lawyer to make sure the is no question about a person’s lack of predatory intent or inclinations by having the client undergo and then providing to the relevant parties (usually the prosecutor and probation officer, and always the Judge) a thorough psychological assessment. This is deep stuff, and these specialized assessments are best left to the relatively few practitioners who concentrate in this field, rather than the local, albeit well-meaning counselor or therapist nearby.

Even when the evidence in an IE case is beyond dispute, being able to show that the person is not a predator, or a predator in the making, has value beyond words in the plea and/or sentence negotiation process. In many IE cases, including those where my client’s guilt is essentially crystal clear, I am able to work things out so that nothing goes on his (or her) record. That will never happen, though, if there is any question that the person may be some kind of potential sexual deviant or predator.

When all of the legal work is done properly, the client can avoid being made to feel like a “pervert,” and can often keep a clean record, as well, or at least avoid any kind of sex-related conviction going on it.

Sex offender registration is NOT required in indecent exposure cases unless there is a “victim” (in IE cases, this basically means a witness) who is a minor, and that seldom happens. This means, then, that if you’re facing an indecent exposure or aggravated indecent exposure charge and freaking out about having to register as a sex offender, don’t. No lawyer is going to “save” you from having to do so precisely because, unless you exposed yourself to a minor, it’s not part of the law and therefore not going to happen, anyway.

When a person gets caught up in an isolated incident of exposure and we can show that he (or she, although these issues about being a predator almost always involve men, and not women) isn’t a danger to the public, isn’t some kind of traveling exhibitionist, and otherwise isn’t a risk to “progress,” then we can avoid almost all the things that seem so scary at the outset, including (and most importantly) jail and sex offender registration.

If you’re facing an IE charge, do your homework. Read around, but run away from any site or post that tries to scare you by quickly reminding you of the horrible, potential legal consequences you face. Those exist in theory, like the one-in-a-million adverse drug reactions you hear at the end of an ad for some medication. In the real world, however, you get into your car and drive, expecting to make it to your destination. Of course, in theory, you could crash and die. Ditto with taking a plane ride somewhere. Ditto again for IE cases. In practice, if a case is handled correctly, the real consequences you face involve counseling and probation, not getting locked up and having your picture all over the internet.

When you’re ready to make serious inquiries for a lawyer, check around. If your case is pending in Oakland, Macomb or Wayne County, give me a ring. All of my consultations are confidential and done over the phone, right when you call. We’re really friendly people, and will be glad to answer your question and explain things to help you make the decision that’s best for you. You can reach my office Monday through Friday, from 8:30 a.m. until 5:00 p.m., at 586-465-1980. We’re here to help.