In our role as Michigan criminal defense lawyers, we handle a lot of indecent exposure cases. I have written more about this topic than any other attorney local to the Greater-Detroit area, and hope these articles are helpful to anyone facing this kind of charge. While there are a lot of elements to these cases that can essentially be examined to death, the bottom line is that a person charged with either indecent exposure or aggravated indecent exposure needs a lawyer who can produce the best (as in most lenient) possible results. In this piece, we’ll examine the landscape of indecent exposure offenses and look at how to do that. 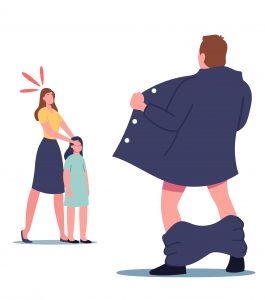 Also, however politically incorrect it may be, I’m going to proceed on the assumption that any reader dealing with an IE charge is male. Our firm has handled countless indecent and aggravated indecent exposure charges over the decades, and with only one – and therefore very notable exception – they have all been for men. That one odd case involved a young woman attending a music festival who had dressed in short-shorts that some ticket-happy police officer thought were just too short. As it turned out, I was able to quickly get that entire case dismissed outright.

If the reader is facing an IE charge, he likely already has a kind of foreboding sense of how some people can look at this kind of offense as “weird” or “perverted.” As Michigan Criminal lawyers who handle so many of these cases, we get that, too. People often ask why we handle these cases at all, much less why we have what is essentially a concentration in them. The backstory is kind of long, but one of the key things that motivates us is the fact that the vast majority of the people we represent in IE cases are NOT weird or perverted.

My team and I have come to know, from experience, that just as some people blow off steam by punching a wall (or, worse yet, a person), or going out and getting really drunk (and often doing something stupid thereafter), or blowing all their money at the casino, others, for reasons they often can’t clearly explain, even in retrospect, do something (admittedly stupid) that results in an IE charge.

In an indecent or aggravate indecent exposure case, the biggest worry of the criminal justice system, which, as used here, means both the court system and the prosecutor, is that an IE defendant may be a risk to “progress” from exposure incidents to more serious sexual offenses. Although only a small minority of IE offenders ever do progress to more serious (as in assaultive) sex crimes, it’s also true that a lot of the guys who do commit those more serious criminal sexual conduct offenses started out smaller, by doing things like exposing themselves, and then moved on from there.

We have seen it happen.

This may not be fun stuff to talk about, but it is reality, and these are the kinds of things that a Michigan criminal attorney needs to help the client understand about the larger context in which his IE charge will be handled.

Accordingly, given that a court will (rightfully) be concerned about progression, then one of the first priorities for the lawyer is to ameliorate those fears and make clear that this or that client does NOT present with any kind of appreciable risk to do that.

In some case, in order to accomplish that, we’ll have our client privately evaluated by one of the foremost counselors in the field, and we’ll use that evaluation to drive a better outcome in his case, both in our negotiations with the prosecutor and in our arguments to the Judge.

For what it’s worth, beyond just being a lawyer, I have also completed a formal, post-graduate program of addiction studies, a sub-field in the larger realm of psychology. My undergraduate degree is in psychology, and that was followed by my law degree. I have always been fascinated with the human mind, and particularly with why people do certain things, and that was a prime motivating factor in my decision to further my studies in the field of psychology at the post-graduate level.

Yet for as much as those things interest me, and in a way that directly affects people facing IE charges, I have also learned that in the drive to explain everything, society, as the old saying goes, sometimes “makes a mountain out of molehill.”

In other words, most IE cases just “happen,” and are NOT the result of some underlying mental health problem.

That’s a really important fact that can be easily overlooked, but one that my team and I can’t  allow to be passed over.

Much the same thing applies in DUI cases, as well. Statistics prove that, as a group, people arrested for a DUI have a significantly increased risk of having some kind of drinking problem than people who have never been arrested for drunk driving.

Thus, anyone charged with a DUI is, by definition, part of a group at higher risk to have a drinking problem.

In that same way, though, most DUI cases just “happen,” and are NOT the result of some underlying alcohol problem.

Nevertheless, the court system is not going to focus on the fact that 90-plus percent of all DUI driver’s aren’t at risk to get caught driving drunk again, but rather that very small minority who do pose a threat to the public safety on the roads by repeating their past behavior.

The reasoning is identical in IE cases, making it critical for us, as Michigan criminal defense lawyers, to make sure we demonstrate to the court that our client is not any kind of danger, and that his indecent exposure or aggravated indecent exposure incident was truly a one-off, and not the result of some underlying sexual deviancy or sexually predatory inclination that will “progress.”

(1) A person shall not knowingly make any open or indecent exposure of his or her person or of the person of another.

(2) A person who violates subsection (1) is guilty of a crime, as follows:

(a) Except as provided in subdivision (b) or (c), the person is guilty of a misdemeanor punishable by imprisonment for not more than 1 year, or a fine of not more than $1,000.00, or both.

Early in this piece, I stated that “aggravated indecent exposure is treated as a felony offense.” The reader will note that, within the written law, it is called a “misdemeanor,” but that’s actually something of a misnomer, because in Michigan, a true misdemeanor is an offense punishable by a jail term of no more than 1 year, and a felony is an offense punishable by a year or more in prison.

Generally speaking, in Michigan, the lowest level regular kind of felony charges carry a maximum possible sentence of 4 years in prison. In other words, with only a small number of exceptions, there are no true felonies that carry a potential maximum of less than 4 years.

Instead, there are a few hybrid charges, and each of these is either called a “high court misdemeanor,” a “2-year felony,” or a “2-year misdemeanor.” The offenses is this special class basically straddle the fence between a felony and a misdemeanor.

Aggravated indecent exposure is one of these hybrid charges that are handled as felonies, and afforded the same criminal procedure as all other felony charges.

This is very different that how simple indecent exposure charges are treated: Those follow misdemeanor criminal procedure.

What settles this, however, is that a person cannot be convicted of or sentenced for a 2 year misdemeanor in a district court, because it does not have jurisdiction to decide or sentence someone for a felony charge.

Only the circuit court, which has felony jurisdiction, can do that.

Thus, anyone charged with simple indecent exposure will have his or her case resolved in the local district court.

To be sure, it can still be possible to negotiate a plea-bargain for an aggravated indecent exposure charge that has been transferred to circuit court once it’s there, but in practice, and for a lot of reasons, such deals are more commonly reached while the charge is still pending in the district court.

I’ll spare the reader the rest of what would otherwise become a long law-school lecture here, and just fast forward to the conclusion: Aggravated indecent exposure is treated like any and every other felony charge.

Our job, as Michigan criminal defense lawyers, is to know how to work with – and to work around – these procedures in such a way as to bring about the most lenient result for our clients.

These callers are often surprised that we know these thing, but that’s the value of experience – especially when it stretches back over 3 decades.

Of course, everyone facing a criminal charge is worried about jail. Nobody wants to go to jail, and that’s probably even more true for someone charged with an indecent exposure offense.

As of this writing, I can honestly say that out of the many IE charges my team and I have handled, we have NEVER had a client to to jail for either indecent and aggravated indecent exposure.

We’re not about to start, either.

Moreover, we make sure that each client gets the very best and most lenient sentence possible.

No lawyer can do more, and we will never do less.

If you are facing any kind of IE charge and looking for a lawyer, be a smart consumer and read around. Pay attention to how different lawyers explain the law and the legal process, and how they explain their various approaches to it.

If your case is pending anywhere in Greater-Detroit area (meaning anywhere in Wayne, Oakland, Macomb, Lapeer, Livingston, St. Clair or Washtenaw County), give us a ring as well. All of our consultations are free, confidential, and done over the phone, right when you call.