The day before this article was written, I had called to check in with my office after finishing (and winning) a driver’s license restoration appeal hearing in Livonia. Both Ann, my senior assistant, and Genevieve, one of the attorneys, told me that they had almost simultaneously answered nearly identical phone calls, regarding ignition interlock violations: both callers had violated by testing positive for alcohol, and both callers freely admitted that they did so because they had been drinking. To be clear, neither had been my client when they originally won back their licenses. 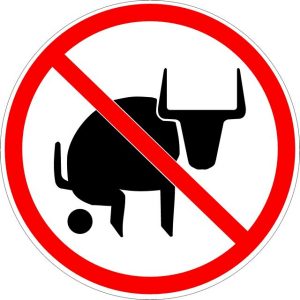 Not to be too delicate about it, but WTF? These 2 guys had only recently won their cases by submitting documents supporting their sworn testimony that they had quit drinking. They went through actual hearings and answered questions that convinced the hearing officers that each one was a safe bet to never drink again. Then, on top of all the other flawed thinking that went into these disasters, they figured they could somehow drink anyway, and fool the ignition interlock device.

My first thought was, how did their lawyers miss this? I’m sorry, but there’s no other way to describe what happened other than as a complete failure of lawyering, in every sense. Even if these guys were Academy-award caliber actors, and they managed to fool their lawyers, the counselors who did their substance use evaluations, and the hearing officers who decided their cases, how did it come to this? There comes a point, at least in my office, where we explain to each client how the interlock unit works. We make clear to our clients how to avoid problems with the device, all of which is predicated on the person NOT drinking.

As a Michigan driver’s license restoration lawyer, I believe that I have an ethical and moral duty to do the right thing. It is patently wrong and unethical for a lawyer to present a client seeking a license restoration to the Secretary of State’s Administrative Hearing Section (AHS) that he or she knows is still drinking, or to otherwise allow a person’s case to move forward based upon any false representation that the person does not drink.

That’s the easy part, and I have no problem with the State Bar yanking the license of any lawyer who would, in essence, allow or help a client commit perjury in such a way.

However, if a lawyer has any skill at license appeals, he or she should know how to independently confirm a person’s sobriety. That doesn’t mean that someone can’t sneak by, but it should weed out the vast majority of would-be scammers. And by the time a lawyer gets to explaining how the interlock works, anybody with half a brain should know enough to not try and “time” his or her drinking.

Some time ago, I declined representation in a case because I knew the person was still drinking, only to learn that he/she won their appeal using some other lawyer. Later, that person contacted me about getting a full license, and I again declined for the same reason. I’m sure this person fooled everyone along the way, except me.

That’s not to say I’m the greatest lawyer out there, or anything like that. However, I expect my staff to be able to screen people thoroughly, and they do. A week before this article was written, someone showed up for an appointment and before it got very far at all, the person admitted to still drinking. The idea was to hire my firm to get back full driving privileges, having already won a restricted license. Apparently, this person has had no problems on the interlock for the last year or so. We declined to take the case, and sent the person, money and all, out the door.

The whole point of a license appeal is to prove to the Michigan Secretary of State that a person has not had a drink for a sufficient period of time and has both the commitment and the tools to remain alcohol-free for good. I have zero interest in trying to scam the system, but it goes beyond just me, because a person who wins a license appeal is required, by law, to drive for the first year on a restricted license while being monitored by an ignition interlock unit. In other words, the Secretary of State is watching your every move, and very carefully, at that…

I certainly understand that people can and do relapse. As someone who has completed a clinical, post-graduate program of addiction studies, not to mention as a lawyer with a practice that is made up almost entirely of an addicted population, I get it. People slip. The person who never thought he or she would drink again does something stupid and has a toast at a wedding. $hit happens.

But that’s not what’s at issue here.

Winning a license appeal requires a lot more than just saying I haven’t had a drink for X amount of time, and I won’t drink again. It requires explaining why a person has had enough grief that brought them to the decision to quit, what they’ve done to make that happen, how their life has changed since, and how they plan on remaining alcohol-free.

As much as the Secretary of State tries to screen out anyone who is still drinking or is a risk to do so in the future, experience has taught me that some people will slip through and others will “slip.” That’s one of the key reasons for the interlock requirement in the first place. In a very real way, the system worked with the 2 callers to my office; they got caught and were violated.

Circling back to their lawyers, it’s not that they were necessarily clueless, or that there is any shame in having been fooled by a skilled bull$hitter, it’s that, in the long run, they seemed to have failed their clients by not making clear what the state expects and requires while on the interlock.

Of course people do unpredictable things, but you’d figure that, if the key role of sobriety and how the interlock works (and how the person is supposed to use it) had been properly explained, those 2 guys might have either had second thoughts about going through with a license appeal, or at least would have been smart enough not to screw it up so badly, much less tell us that they were still drinking.

It makes me wonder about what the previous lawyers asked, and what they knew, or didn’t know. You can’t miss the emphasis I place on real sobriety; it’s in almost every driver’s license restoration blog article (as of this writing, I have over 450 of them published on that subject alone) and all over my website. These callers obviously didn’t read much of my stuff.

There is no brilliant point to be made here, other than that real sobriety is the basis of a successful license appeal. The whole goal of the system is to limit reinstatement of driver’s licenses only to those people who have honestly quit drinking. When someone who is still drinking decides to forge ahead, anyway, there’s a lot of self-deceit and misrepresentation going on inside of him or her.

If you’ve lost your license for multiple DUI’s, then drinking is a problem. As an old saying goes, “anything that causes a problem is a problem.” I’ve heard every rationalization out there for people who still drink after racking up 2 or more DUI’s, and they all come back to the same ideas like “I don’t drink that much,” “I don’t drink and drive,” or “I can handle it now.”

The cold truth is that your best thinking got you in this situation, and unless that changes, nothing will be different. When a person starts racking up 2 or more DUI’s, there’s a problem. It has nothing to do with how infrequently or how little a person drinks, either. If someone drinks once or twice a year, and usually very modestly, the mere fact that he or she has overdone it on at least 2 occasions and gotten popped for multiple DUI’s means that there is a risk associated with his or her drinking.

From the state’s point of view, the only people who will be considered for a license restoration or clearance appeal are those who can prove that they have quit drinking for a sufficient period of time and have the commitment and tools to remain alcohol-free for good.

The idea that a person even has to think about controlling or limiting or managing his or her drinking proves the existence of an issue with alcohol in the first place. If, after all of this, drinking is still that important to someone, then a person’s priorities are out of order. And the more someone wants to argue the point, the more it proves that point.

My office is here to win back licenses for people who have honestly quit drinking. If you have, then I guarantee to win your case. If you are facing an interlock violation and really did not drink, I can help. Even if you are still drinking, we’re always glad to talk so that maybe we can help you decide to finally put the plug in the jug and quit drinking so that you can be in a position to be able to drive again legally, at some point.

If you’re looking for a lawyer for a Michigan driver’s license restoration or clearance case, or an ignition interlock violation, I can handle your case no matter where you live in the state, country, or even world. As you consider who to hire, be a good consumer: read around, then check around. All of my consultation are free, confidential, and done right over the phone, when you call. We’re really friendly people who will be glad to answer your questions and explain things. You can reach my office Monday through Friday, from 8:30 a.m. until 5:00 p.m. (EST), at 586-4565-1980.