Many, if not most, of my out-of-state clients who hire me for a Michigan driver’s license clearance case have previously tried and lost an administrative review filed with the Michigan Secretary of State’s Administrative Hearing Section (AHS).  Virtually all of these “do-it-yourself” attempts are made without a lawyer.  For as many years as I have been a Michigan driver’s license restoration lawyer, I have pretty much learned that most people who hire me for a clearance will do so after having first taken a shot at it on their own.  Accordingly, I don’t waste any time trying to convince someone that he or she shouldn’t try it, but rather just reassure him or her that I’m here if and when things don’t work out.  In this article, I want to remind the reader just how much these “appeals by mail” are statistically doomed and why, if you really want to win a clearance of Michigan’s hold on your driving record, you need to come back to Michigan for a live hearing.  Of course, it is a necessary first requirement to winning a license or clearance appeal that you have honestly quit drinking and are genuinely sober.  If you at least have that, then read on. 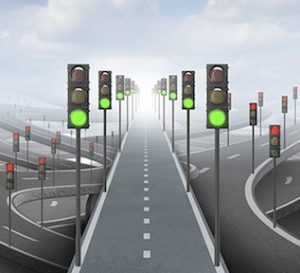 For everything there is to back up these numbers, the plain and simple fact is that about 3 out of 4 administrative reviews are denied.  That means that anyone who thinks about going this route needs to also think seriously about how a 1 out of 4 chance of winning sounds.  Worse yet, you cannot file another new appeal for an entire year, although this is often a source of confusion because a person who is denied can request a hearing to review that denial, although no new evidence can be presented, and that hearing is not “another chance” to plead your case, but rather an opportunity to prove that the first decision was unlawful, which explains why I’ve NEVER seen one of those appeals succeed.  Think of it this way, if you have a 3 out of 4 chance of losing by mail the first time, then you have about a 99.9 out of 100 chance of losing at an appeal which essentially considers whether that initial denial was legal or not.  If luck has anything to do with it, a person should realize that he or she is not on any kind of roll coming off that first loss to begin with.

In some of my other driver’s license restoration blog articles, I explain why I will never do video hearings in any of my license appeal cases.  Even though the local SOS branch office with a video terminal closest to my office is LESS than 5 minutes away, I will gladly drive nearly an hour to conduct my hearings live, and in-person, at the Livonia (Metro-Detroit area) hearings office.  It should be obvious that if I won’t avail myself of the incredible convenience of a nearby video hearing because I think it is so inferior to a live proceeding, I certainly don’t believe in any kind of case being decided with no hearing at all.  To fully understand why an administrative review is about as bad an idea as seeking financial advice at a homeless shelter, you need to know a few important facts about the whole license appeal process, beginning with the very rule under which every single clearance and restoration case is decided, known as “Rule 13.”

Although it can seem rather technical – and this article isn’t going to get deep into the legal analysis – it’s worthwhile to reprint the rule below.  Anyone trying an administrative review on his or her own does need to keep in mind that the evidence you mail in has to meet the standards outlined in this rule.  To the extent that any part of it is unclear, that means you don’t understand what you’re doing.  In other words, if you cannot look at your substance abuse evaluation and letters of support and identify which sub-parts of the rule are most applicable to them and how those documents either satisfy them or not, then you’re flying blind.

i.  That the petitioner’s alcohol or substance abuse problems, if any, are under control and likely to remain under control.

iii.  That the risk of the petitioner repeating the act of operating a motor vehicle while impaired by, or under the influence of, alcohol or controlled substances or a combination of alcohol and a controlled substance or repeating any other offense listed in section 303(1)(d), (e), or (f) or (2)(c), (d), (e), or (f) of the act is a low or minimal risk.

iv.  That the petitioner has the ability and motivation to drive safely and within the law.

v.  Other showings that are relevant to the issues identified in paragraphs (i) to (iv) of this subdivision.

In terms of the advisability of coming back to Michigan for a hearing (or not), the most important part of this rule is that a person must prove his or her case by “clear and convincing evidence.”  For our purposes, “clear and convincing evidence” essentially means that the evidence you submit leaves the hearing officer with no unanswered questions.  Think of it this way: After a person sends in his or her documents for an administrative review, they’ll be examined by a hearing officer.  If that hearing officer has a question about ANTHING whatsoever, and precisely because the person isn’t present to answer, then that/those unanswered question or questions will often mean “game over.”  This should help explain why 75% (3 out of 4) administrative appeals are denied.

The whole issue of “questions” ties this right into how I prepare my clients for license appeal hearings.  This prep session is very important because it is an opportunity to review the questions that will be asked at the hearing.  Hearings last about a half hour, and almost all of that time is spent on questions and answers.  As good as I am (good enough to guarantee to win every case I take), I would never give up the opportunity to have any of my cases decided without a live hearing.  Over the years, many people have requested that I help them with an administrative review, but I always decline to get involved.

I can go on about this all day long, but the point I made at the outset of this article is that I have come to accept the fact that many people will want to give the “do-it-yourself” appeal a try on their own before paying for a lawyer and coming back to Michigan.  I get that.  So much so, in fact, that I won’t waste any more breath on the topic other than to say, “Go ahead, give it a shot; good luck to you.”

I suppose the more important point to emphasize is that a live license appeal hearing not only provides the hearing officer the opportunity to ask any questions (and there are always questions to be asked) that come to mind, but also for him or her to assess your credibility in a way that is difficult in a video hearing, and altogether impossible without a hearing.  The crux, or “meat and potatoes” of a license appeal is that you have honestly quit drinking and will remain sober for good.  This is a non-negotiable issue, and I won’t even consider taking a case for anyone who isn’t genuinely sober, but for those who are, I guarantee to win their case.  Part and parcel of the hearing officer sorting out the MINORITY of people who are genuinely sober from the larger herd who just “needs” a license is the ability to assess the person as a whole, and nothing less than a live, in-person hearing can really do that.  No hearing really equates to no opportunity, and that almost translates to “no chance.”  Again, good luck to you…

Beyond the things mentioned above is that when I handle a case, I have strict control over every part of it, beginning with a first, 3-hour meeting, before my client ever goes in to have the substance abuse evaluation completed, just to get him or her ready for it.  I could probably say this over and over 100 times, but for anyone who no longer lives here and who needs a clearance of a Michigan hold on his or her driving record in order to get a license in another state, filing an administrative review is far more likely than not to result in a denial.  The statistics are straightforward:  3 out of 4 lose, and of the 1 out of 4 people that ultimately do succeed, we have no idea how many times they’ve tried before.  If someone doesn’t really need a license that bad, then trying over and over, year after year, may not be much of an inconvenience.  For anyone who wants to get back on the road this year, as opposed to next (or even the one after that), then the investment of time and money will pay off.

If you need a clearance and are looking at your options, read what lawyers have written on their blogs and websites.  Be a good consumer; take the time to comparison shop, and when you’re ready to find out more, call around.  You can reach my office Monday through Friday, from 8:30 a.m. until 5:00 p.m., at 586-465-1980.  We’re here to help, and will be glad to answer your questions right when you call.