It has been a while since I’ve addressed how the location of a DUI case directly impacts the way things will turn out, but I find myself explaining this so often that I think it’s about time to look at it again.  This will be a VERY short article because it’s more about this simple, single point, rather than anything else, but its importance in terms of what happens to you cannot be overstated.  In the Detroit area, and that means primarily the Tri-County area of Wayne, Oakland and Macomb, the “where” of a DUI charge is absolutely critical.  Someone facing a DUI in one court could wind up on reporting probation with all kinds of classes and counseling and testing whereas, in a different court and under the same case facts, he or she could simply be required to do nothing more than pay a fine.  The location factor is so dominant that whenever my staff approaches me about a new DUI client or inquiry, my very first question is “where?” 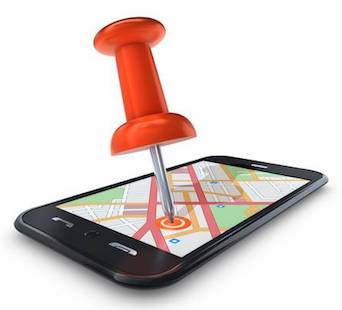 Drunk driving gets a lot of attention in the media, so it shouldn’t come as a surprise that consequences are getting harsher, and not easier.  This applies everywhere.  Yet even within that larger trend, it has always been the case that certain jurisdictions are more forgiving than others in drinking and driving cases.  In the broadest sense, Oakland County is considered “tougher” than either Macomb or Wayne, and you won’t find a single practicing lawyer who disagrees with that.  Certainly a few of the very toughest courts are located in Oakland County, but just a few days before this article was written, I was in an Oakland County court where my client was sentenced to a very short term of probation that was much less demanding than one could ever expect almost anywhere in either Wayne or Macomb County, so there is no hard and fast rule to any of this.  Beyond this purposefully general observation, I’m not about to publish any kind of “rankings” about who’s tougher than who, and will save those discussions for the safer confines of the attorney-client relationship.  Instead, we’ll stick to the larger point that in DUI cases, just like in real estate, the 3 most important things are location, location, and location.

I characterize DUI cases as “accidents of geography” because no one ever plans on getting arrested for drunk driving in the first place, so no one plans their route to make sure that if they do get pulled over, it’s somewhere better, rather that worse.  Instead, when a DUI happens, it just happens, wherever and whenever.  Even so, I know that even I breathe a sigh of relief when I hear my client’s case is location I know to be “easier.”  And let me be perfectly clear so that any Judge reading this understands; the idea of tougher versus more lenient, or one court somehow being “better” than another has nothing to do with judicial ability or integrity.  Instead, it is natural and understandable for a DUI lawyer to view things from the perspective of his or her client, and unless you’re some kind of masochist, it’s just human nature to want less consequences, rather than more.  I’m sure every single Judge out there thinks his or her way of handling these cases is the best (in much the same way that every Mexican restaurant owner probably thinks his or her salsa is the best), but the simple fact is that to anyone going through a DUI, less is ALWAYS more, and therefore always more preferable.

Beyond not publishing any kind of rankings or ratings here, I have always, within my numerous DUI articles, avoided being specific about what has happened to any client of mine in any particular court.  In a world that sees toughness as a good thing, I fail to see the value of publicly announcing how resolving a case more leniently in a certain court does anything good.  I understand how some lawyers may find a marketing value in explaining that, in such-and-such a court, I was able to get my client non-reporting probation, but I cannot imagine that the Judge would be happy to have someone blabbing about that kind of break all over the internet, and I’m sure it does nothing to help keep that kind of outcome possible in the future.  Note to all my lawyer colleagues: Shut up – at least a bit, and provide less identifying information about the location of your successes because soon enough, you’ll scare every Judge you name into being tougher by making them fear getting an unwanted reputation for going too easy on drunk drivers.

In addition to just knowing that location matters, I think it’s very important that the lawyer know the actual locations.  In my practice, I generally confine my DUI representation to Wayne, Oakland and Macomb Counties, because this puts me in the same courts and in front of the same Judges all the time.  I know how every Judge does things.  That isn’t, nor should it really be anything special, but it can be lost, particularly with the operations that try and service the whole state, or otherwise try to be all things to all people.  I have never driven far enough to prove or disprove this, but I am made to understand that in some of the more distant courts, being a lawyer from the Detroit-area isn’t an asset, and can be seen as taking business way from the locals.  For my part, I will, on occasion, venture a bit past the immediate Tri-County area, but never really beyond any of the surrounding counties (meaning St. Clair, Lapeer, Livingston, Washtenaw or Monroe).  As a result, I never feel like a guy from too far away, and within the greater Detroit area, always feel known and at home.

If there’s one thing I hate in my own personal inquiries, it’s the marketing “teaser” where you’re given a little information in an attempt to “hook” you for more.  I almost feel like I’m doing that here, but there really isn’t much more to say beyond the idea that location is a huge factor in what will happen in any given DUI case.  In that sense, it is what it is, and there’s nothing you can do to change where your case is handled.  If the reader leaves understanding that the “where” of a DUI case is one of its most important aspects, then I’ve done my job well enough.

If you’re facing a DUI anywhere in the Detroit area and are looking to hire a lawyer, take your time and do your homework.  Read articles and websites.  When you’ve narrowed things down to a few lawyers, pick up the phone and call around.  All of my consultations are done right over the phone, and you can find my office ready to help, Monday through Friday, from 8:30 a.m. until 5:00 p.m., at 586-465-1980.