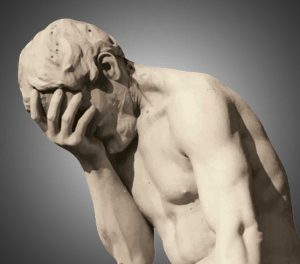 Here, I’ll make 3 important points: First, it’s far easier for me to deal with people who have already tried and lost than it is to waste time attempting to talk someone out of it in the first place. Second, if someone does win on their own, then good for them, and they can never say I tried to discourage them out of my own financial self-interest. Third, when my team and I take a case, we guarantee to win it, so whether you come to us first, or after you’ve tried on your own, we’ll make sure that win your license back and can drive again.

I’d estimate that about half of our clients are people who have previously tried and lost a license appeal. Some of them contact us right after they find out they’ve lost, and inquire about going to court to appeal. The reality is that, because of our guarantee, my team and I don’t accept cases we don’t win, and therefore, we rarely wind up losing. As a result, we almost never have to contemplate a circuit court appeal for our own work. Accordingly, we have absolutely no interest in taking any such appeal for a case we didn’t handle from the start.

A lot of people contact us long after they’ve lost, and in some cases, that’s many years later. Since my team and I don’t even consider doing a circuit court appeal for someone else’s loss, whether a do-it-yourself job, or a case handled by another lawyer, this means that in any case we do take, we’ll always be starting the whole process from square one.

That, in and of itself, is a good thing, because it means that my team and I will exercise control over every aspect of the license appeal process, which is exactly how and why we can guarantee to win every case we take.

Over the course of my career, I have read thousands upon thousands of losing opinions and orders denying license appeals for people who have either lost after having tried on their own, or having gone in with some lawyer who claimed to “do” license appeals. In fact, as much as my team and I have learned from our own mistakes over the years, the truth is we’ve learned far more from the mistakes of others.

At this point, we can pretty much look at the documents that somebody filed, read them, and then rather accurately explain what the hearing officer said in his or her order denying the case without ever reading it first.

No matter how much someone may hope their license appeal can be saved by appealing the matter to court, you can take this to the bank: the chances of that happening are slim to none – and really, a lot closer to none.

We get plenty of emails from people asking if they really need a lawyer to win a driver’s license restoration or clearance case. There’s an old saying about lawyers, and it holds that the lawyer who represents him or her self has a fool for a client. Over the course of my career, I have represented other lawyers in driver’s license appeals, and all of them understood that the rules and procedures involved were beyond their experience and knowledge.

That said, it can be time-consuming to explain all of this to someone who isn’t a lawyer. We are busy enough working on and winning cases that we don’t have time to try and talk somebody into hiring us, particularly when they aren’t sure they want to do that. For as much as I know about license appeals, if I needed to win my license back, I wouldn’t represent myself; I’d hire a member of my team, instead.

As Ann, our senior assistant notes, if you do this yourself, there are no guarantees, whereas, if we take your first-time restoration or clearance case, we guarantee to get you back on the road; our work comes with an ironclad warranty. Thus, my take is that anyone who is inclined to try a license appeal on his or her own should just give it a shot.

If it works, then good for you. At least nobody who does win can say that anyone from our team was greedy and tried to talk them out of it.

If not, then call us next year.

And that really goes to the key point I’m driving at here: if you lose a do-it-yourself appeal, the chances that you can appeal that decision in court and “fix” it are so slim, we won’t even consider looking at such a case.

In fact, out of the thousands of cases we have won, and the few we’ve lost, I’ve only appealed a handful, and have won every time. Cases like that, however, are few and far between.

Perhaps the hardest part of this for a layperson to understand is that the soundness of the Michigan Secretary of State hearing officer’s decision doesn’t rest entirely on whether or not the person is genuinely sober, but rather on an analysis of the evidence. Absent a comprehensive understanding of what that means, it makes it hard for a person who really has given up drinking to accept that he or she has lost.

This is why hiring a lawyer in the first place is important: even if you have all the right stuff to win a license appeal, it also has to be presented the right way. Unless you really grasp, and are ready to work with all the rules, particularly the one that follows (Rule 13), then you’re just shooting in the dark. Moreover, unless you can prove that your losing decision is legally wrong under the terms of Rule 13 – the key rule in license appeal cases – you have no chance of winning in court:

(a) The hearing officer shall not order that a license be issued to the petitioner
unless the petitioner proves, by clear and convincing evidence, all of the following:

(i) That the petitioner’s alcohol or substance abuse problems, if any, are under
control and likely to remain under control.

(ii) That the risk of the petitioner repeating his or her past abusive behavior is a
low or minimal risk.

(iii) That the risk of the petitioner repeating the act of operating a
motor vehicle while impaired by, or under the influence of, alcohol or controlled
substances or a combination of alcohol and a controlled substance or repeating any other offense listed in section 303(1)(d), (e), or (f) or (2)(c), (d), (e), or (f) of the act is a low or minimal risk.

(i) That the petitioner has ever submitted to a chemical test which revealed a
bodily alcohol content that is not less than 2 times the level indicated in section
625a(9)(c) of the act.

(ii) That the petitioner has 3 or more convictions for alcohol or controlled
substance-related offenses.

(iv) That a substance abuse evaluation of the petitioner reveals a diagnosis of
past or present alcohol or controlled substance dependency.

(v) That the petitioner’s license was previously revoked or denied under section
303 of the act because of alcohol or controlled substance convictions.
(vi) Other showings that are relevant to the issues identified in paragraphs (i)
to (v) of this subdivision.

(d) The hearing officer may require that the petitioner present evidence from not
less than 3 independent sources to corroborate the petitioner’s behavior with respect to alcohol and controlled substances.

(e) The hearing officer may require the petitioner to present a current urinalysis
drug screen to corroborate the presence or absence of controlled substances or alcohol, or both, in the petitioner’s body.

(f) The hearing officer may require that the petitioner submit a current substance
abuse evaluation on a form prescribed by the department.

(g) The petitioner may submit any or all of the following:

(i) Letters from other persons that document his or her behavior regarding alcohol and controlled substances.

(ii) Proof of his or her past and current involvement with a treatment program or
programs.

(iii) Proof of his or her past and current structured support program.

This subdivision does not apply if the petitioner is a nonresident seeking relief so that he or she may apply for a license in his or her home state.

(a) That the petitioner has the ability and motivation to drive safely and within the
law.

(b) Other showings that are relevant to the issue identified in subdivision (a) of this subrule.

(3) If a person’s license has been revoked under section 320(2) of the act, then the
department shall not issue a license to the person unless the person establishes both of the following:

(a) That the person has the ability and motivation to drive safely and within the
law.

(b) Other showings that are relevant to the issue identified in subdivision (a) of this subrule.

That’s a lot. As driver’s license restoration lawyers, every word of it makes perfect sense to us, and well as how all of the various sections of this rule interact with each other.

And for as much as there is to this rule, it’s just one of many, all of which interact with each other…

For everything else that could be said about what to do after losing a “do-it-yourself” license appeal (or after losing with some “McLicense” lawyer who doesn’t concentrate his or her practice in this field), the bottom line is that you’re almost certainly better off focusing your efforts on doing it right the next time, and that almost certainly means NOT trying it again, on your own.

If you are looking for a lawyer to win a Michigan driver’s license restoration or clearance case, do your homework and read around. See how lawyers explain the process, and how they explain themselves. When you’ve done enough of that, start checking around.