A fair-sized number of my clients are people who, before hiring me, have lost a previous attempt to either win back their license or obtain a clearance to remove a Michigan hold on their driving record. In this article, I want to talk about losing a license appeal. I don’t have much experience losing. Michigan driver’s license restoration and clearance appeals are my special niche (I handle more than 200 a year), and I guarantee to win every case I take, so we’re talking either about someone who has tried on their own, or with some other lawyer. Among the cases I handle after someone has lost, more than half have tried on their own, with no lawyer. Almost without exception, those people who did hire a lawyer hired someone who did not specifically concentrate in license restoration cases, but may have listed them, or had a blurb about them, on a website. Almost every out-of-state client who has previously filed for a clearance and lost did it on his or her own. 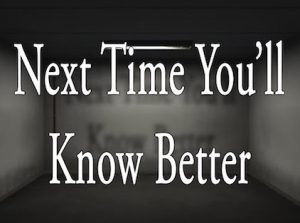 It is not unusual for me to be contacted by people who’ve lost right after they get the bad news from the Secretary of State. One of the first things they want to know is if they can appeal the decision. I have to explain that while appealing to court is, legally speaking an option, your chances of winning are somewhere between slim to none, especially for those people who played lawyer and represented themselves. Not to put too fine a point on it, but over the course of my 27-plus years as a lawyer, I have NEVER seen anyone who lost a do-it-yourself appeal who I thought had ANY chance of winning an appeal in court.

It’s important to understand that if you appeal to court, it has nothing to do with merely disagreeing with the result, but rather proving that the process used by the hearing officer to get that result was legally flawed. In other words, the law provides the hearing officers with a lot of discretion to say yes or no, and even if a Judge concludes that he or she would have ruled differently, that’s not enough to overturn the decision. Instead, the Judge basically has to find that the hearing officer committed a certain kind of significant legal error. Good luck with that. Of the handful of court appeals I’ve done over the last decade or so, I’ve won them all, but those were all cases that I personally handled. If you’ve lost, or you do lose a license restoration case, it almost certainly means that you’re going to have to wait until you can file again next year to get it right.

Things are different if you’ve lost an out-of-state administrative review for a clearance. If you’ve lost one of these, known as an “appeal by mail,” you can elect to try again by filing all new documentation and then coming back to Michigan for a live hearing before the Secretary of State’s Administrative Hearing Section (AHS).  I do a live hearing in every case. The problem with this is that you lost in the first place because something was screwed up. Assuming you were otherwise legally eligible, one or more things weren’t done correctly. Sometimes, this can happen simply because your case wasn’t properly presented, while other times, it goes far beyond that, and not only do you lose, but you cause real damage that needs to be fixed in any re-do. I can usually do this quickly, but one of the problems when people “play lawyer” is that when mistakes are made, they can sometimes get pretty ugly.

If you sense that I think it’s a bad idea to wing one of these appeals by yourself, you’re right. I never try and talk someone out of giving it a whirl because I can almost always fix the things they get wrong, but give the statistical reality that 3 out of every 4 of these appeals lose (and who knows how many times those who do eventually win have tried before?), I strongly believe that if you want to do it right and win your license the first time around, you hire a professional, like me, who guarantees to win. Some people can get all caught up in the idea of doing it themselves to save money, only to blow a lot more of it when they lose. Whatever. I’ll be here either way

This article, however, is really for those who have already tried and lost. The main point about losing an administrative review is that you can call me right after you get the bad news and we can start planning how to file again as soon as possible to turn your loss into a win.

For those who live in Michigan, however, your stuck riding the bench (or the bus, or Uber, or Lyft, or your bike, or just plain bumming rides) for the next year. One of the most important cautions I can give is that you won’t have to look long or hard to find some lawyer who will take your case, and your money to file an appeal in court. That’s hardly the point. You can file all kinds of things in court, but the goal is to actually win. Given that license appeals are the foundation of my practice, it’s not that I don’t do these appeals because I have too much money. I don’t get involved in other people’s appeals because they are almost always sure losers and a waste of money. In fact, I have only ever taken 1 case lost by someone else (an ignition interlock violation where my client went in without a lawyer), and I won that. By and large, however, the odds of winning your license back in court are so poor, I honestly don’t waste my time or your money looking at these matters.

Just as with administrative appeals, a regular restoration appeal is almost always lost because it was screwed up. That may sound harsh, but it’s not like you lost because everything was done properly. Do-it-yourselfers tend to screw things up worse than those who use a lawyer, but I’ve had to do major work to fix mistakes made by plenty of lawyers. I’ve seen some pretty big names come across my desk, all of whom thought they could “do” a license appeal. Some of these guys may be the very lawyer you want if you’ve been charged with a major felony, but they usually don’t know much of anything about driver’s license restoration. Worse yet, they don’t know that they don’t know (actually, none of us do…).

A heart surgeon is a highly skilled medical professional, but for all the work he or she can do in the operating room, that’s simply not the person to have try and repair a badly broken hip. In the real world, though, no heart surgeon would try and do orthopedic surgery. As a driver’s license restoration lawyer, I’d never attempt litigating a patent law case.

Part of the reason lawyers will wander into this field is that people just seem to think that it’s easy to do a license appeal. Obviously, if you’re reading this because you’ve lost,  you now understand the problem with that thinking. As frustrating as it is to lose, and as much as I’m in business to make money, there is just very little chance that, in any give case, the hearing officer deciding it committed such a substantial error of law (remember, a Judge could look the case over and conclude that he or she would have granted the appeal, but that’s not the standard to overturn it) that it will be reversed in court.

To be sure, that can happen. Most often, however, instead of reversing the hearing officer, a Judge will order what’s called a “remand,” meaning that instead of overturning the hearing officer’s decision and awarding a license, the Judge will send the case back to the Secretary of State for a new hearing, and the person can then file all new documents. This is actually an easy way for a Judge to pass the buck, but the problem with this outcome is that it costs money to file a court appeal, and these things, at their fastest, take months and months. Because it can take 6 or more months before a remanded case winds up back in front of a hearing officer, it often makes more sense to just wait out the rest of the year.

It goes without saying that its better to win your case the first time. If you have lost, however, know that it was probably because whoever filed the case (either you, or your lawyer, if you had one) didn’t really have a handle on everything. Don’t make that same mistake again, and don’t, for heaven’s sake, spend money to do that.

Although I almost never file a court appeal in a case someone else has lost, I am glad to talk to anyone who has lost about getting it right next time. Be a good consumer. Read around, then check around. Don’t part with your money without a guarantee. For my part, all of my consultations are confidential and done over the phone, right when you call. My office is open, Monday through Friday, from 8:30 a.m. until 5:00 p.m. (EST), and can be reached at 1-855-DUI-MICH or 586-465-1980. We’re here to help.