DUI driver’s license penalties are always a concern for anyone facing a 1st offense drunk driving charge. One of the most common questions my team and I get asked is “what’s going to happen to my license?” That dovetails with an equally common statement people make when they say “I need to be able to drive for [work, school, kid’s school, medial appointments, etc.]. No matter what anyone may need, the DUI driver’s license penalties are set in stone. In this article, we’re going to look at what they are, and the ways we can navigate around them. 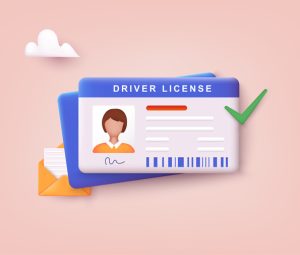 Let’s begin with the “set in stone” part of this. Under Michigan law, DUI driver’s license penalties are automatic and certain, upon conviction. “Certain,” in the sense we’re using it here, means 2 things: First, that they are unavoidable, and, second, that they are absolute. We’ll go through the different penalties for the various levels of 1st offense DUI’s later. For now, however, the reader simply needs to understand that these penalties must be imposed by the Michigan Secretary of State, and they cannot be modified in any way.

This is something that can be hard to fully comprehend. Not to make light of it, but I’d be rich if I had a nickel for every time someone was told the penalties can’t be modified, but then asked “is there any way to…?” In that same way, people often inquire about the possibility of modifying the DUI driver’s license penalties by asking “but what about…?” As we examine the various license penalties, the reader must understand that they are what they are. No matter what kind of hardship they may cause someone, the law specifically forbids any modification to them.

The good news is that DUI driver’s license penalties in 1st offense cases always come with some form of restricted license. In practice, however, this is the part that troubles most people. Ironically, it’s sometimes seems easier for someone to accept they cannot drive at all for a time than to accept that they can, but only for certain, legally specified reasons.

Here’s the “catch,” so to speak: It allows a person to drive, but ONLY for the reasons listed below. In other words, if someone “needs” to drive for a reason NOT listed, they can’t. As I’ve been saying all along, there are no exceptions, and no possible modifications.

Except as provided in subsection (15), a restricted license issued under this section must permit the individual to whom it is issued to take any driving skills test required by the secretary of state and to operate a vehicle under 1 or more of the following circumstances:

(a) In the course of the individual’s employment or occupation.

(b) To and from any combination of the following:

(i) The individual’s residence.

(iii) An alcohol or drug education or treatment program as ordered by the court.

(vi) An educational institution at which the individual is enrolled as a student.

(vii) A place of regularly occurring medical treatment for a serious condition for the individual or a member of the individual’s household or immediate family.

While driving with a restricted license, the individual shall carry proof of his or her destination and the hours of any employment, class, or other reason for traveling and shall display that proof on a peace officer’s request.

That’s it. No matter how important it is for someone to drive for a reason that’s not stated above, he or she can’t. There is no legal way to go to court and even request any such relief, either.

Now that we’ve seen what a restricted license allows, let’s see how it applies in the various degrees of 1st offense DUI cases.

As a preliminary matter, we should note that there is no such law as “DUI” in Michigan. The technical term for drunk driving is “Operating While Intoxicated,” or “OWI.” However, because just about everyone in the world use the term “DUI,” we’ll follow suit, except right here, where we have to use the specific legal terms.

To be clear, we are going to focus on regular 1st offense DUI cases, meaning those that do NOT involve an accident causing death or serious injury. Instead of a restricted license, a conviction for either of those offenses results in the complete revocation of a person’s driver’s license.

Here, in order of most to least serious, are the 3 types of “regular” 1st offense drunk driving charges and the DUI driver’s license penalties that go with them:

• Operating While Intoxicated with a BAC of .17 or greater (OWI w/BAC of .17 or more). This offense is also called “High BAC” and/or “super drunk.” Upon conviction, a person’s license will be suspended for 1 year. After 45 days, he or she can get a restricted license from the Michigan Secretary of State (SOS), but ONLY upon showing proof of installation of an approved interlock device. The list of approved interlock vendors is provided by the SOS.

The restricted license allows the person to drive for the remaining 10 and 1/2 months, as set forth above, but only while using the interlock (technically called a “Breath Alcohol Ignition Interlock Device,” or “BAIID”).

A High BAC conviction means a person will be completely unable to drive for 45 days. Thereafter, he or she can have restricted driving privileges, but MUST use the interlock. Remember, there are NO possible modifications to any of this.

• Operating While Intoxicated (OWI). Following a conviction for OWI, the person’s license will be suspended for 6 months. After 30 days, he or she will have restricted driving privileges for the remaining 5 months. There is no interlock requirement for a regular OWI conviction.

Thus, a person will be unable do drive for 30 days, and then will have a restricted license for 5 months thereafter. Once that’s up, regular, unrestricted driving privileges can resume.

• Operating While Visibly Impaired (OWVI). This is the least serious of all the 1st offense OWI charges. Upon conviction for what is commonly just called “impaired driving,” the person’s driver’s license will be restricted for 90 days.

The benefit here, with OWVI, is that there is NO period wherein he or she cannot drive. The only limitation imposed is that, for 90 days, his or her privileges are restricted. Once that time has run, the person can reinstate a full and unrestricted driver’s license.

This is actually rather straightforward. However, what’s confusing is that the DUI driver’s license penalty that gets imposed is the result of a person’s conviction offense. This is often NOT the same offense that is first charged against a person. Let’s use an example to explain:

Assume that Dan the Drinker get arrested for a DUI, and is charged with High BAC. He is freaking out, because his job requires him to drive from place to place to meet with customers. If he’s convicted of the “super drunk” charge, he won’t be able to drive at all for 45 days.

Dan hires a good DUI lawyer. Even though the evidence against him is sound, his lawyer negotiates a plea bargain all the way down from High BAC to OWVI (impaired driving), and that spares Dan from being unable to drive for any period of time. Instead, he’ll simply have his privileges restricted for 90 days, and that won’t affect his work.

If Dan’s lawyer was only able to negotiate a plea deal down from High BAC to regular OWI, he’d still have to deal with an initial 30 day “hard suspension” before he was allowed to drive on a restricted license for the following 5 months.

We could look at endless examples like this, but they’d all make the same point – that it’s the final conviction offense that matters, NOT the charge a person initially faces.

It’s worth noting that, in the real world, virtually no one is ever charged with OWVI. Depending on a person’s BAC, they’ll either be charged with OWI or the more serious High BAC offense.

Even when the evidence is rock solid in a drunk driving case, my team and I are usually able to negotiate a plea deal to reduce the original charge. Accordingly, the reduces the DUI driver’s license penalty that will follow. Thus, anyone facing a High BAC or an OWI charge should know that his or her conviction offense may be different (as in less serious) than the offense originally charged against him or her.

One final note: For as inconvenient as all this may be, the DUI driver’s license penalties in 1st offense cases are finite. In other words, they’re relatively short-lived. Nobody actually “loses” their license. Instead, they lose some driving privileges, and only for a while. I say this because, by contrast, every 2nd and 3rd DUI offender will have his or her license revoked. That means taken away for good. It will be years before any of them have a chance to even have a shot at regaining restricted driving privileges.

While all driver’s license penalties impose a hardship to some extent or other, merely having one’s license restricted for awhile, and perhaps even “hard” suspended for a matter of either of 30 or 45 days is still a heck of a lot better than losing it forever.

If you’re facing a DUI and looking for a DUI lawyer, be a wise consumer and read around. Pay attention to how different attorneys break down the DUI process, and how they explain their various approaches to it. This blog is a great place to start. It is fully searchable, with 2 new installments added each week. The DUI section alone has over 585 original articles. You can find more helpful information here than anywhere else.

Don’t take my word for it, though; see for yourself. Once you’ve done enough reading, start checking around. You can learn a lot by speaking with a live person.

If your case is pending anywhere in the Greater-Detroit area (meaning anywhere in Wayne, Oakland, Macomb or the surrounding counties), give our office a ring, as well.