Dealing with a DUI charge can seem all-consuming. There is a legal process that must be followed, and for a while, it can feel as if it’s taken over your life. As Michigan DUI lawyers, my team and I accompany our clients through every step of this whole journey, so we know how draining it can be. In this article, I want to highlight the good news – that this situation doesn’t last forever, and that, no matter how strong the case against you may be, with some intelligent planning, you can put it behind you, and not let it define you. That may sound “cheesy,” but, fortunately, it’s also true. 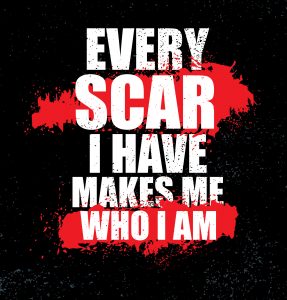 From the moment a person is pulled over, or has that first police contact, everything they deal with thereafter seems to be DUI-related. It’s almost like he or she has become the filler in a Michigan DUI burrito, and are all “wrapped up” in it. We’ll get into more specifics later, but for anyone facing a 1st offense DUI charge, this is likely to last at least 15 months, from point of his or her arrest until every the very last day of his or her probation. During that time, a person can experience a whole range of feelings, including anger, resentment (“I don’t deserve this!”) all the way to simple fatigue, and wonder if life will ever get back to normal.

For the most part, it will. Of course, a better defense strategy can make that happen sooner, and more completely. At the end of the day, though, assuming your DUI is the result of a simple lapse in judgment and isn’t a symptom of a deeper problem, you should pretty much be able to move past it completely unharmed. This is not some “hire me” lawyer sales-pitch, either, because the way to do this begins with you, and requires adjusting your mindset. The best lawyer in the world can help, but unless you are willing to do your part, his or her efforts won’t amount to very much.

Let’s begin with the proposition that the vast majority of 1st offense DUI cases are isolated incidents resulting from a simple lapse in judgment, and NOT the result of any kind or underlying alcohol problem. In other words, statistically speaking, for most people, a DUI is decidedly out of character, and just “happens.”

That sounds good, and just about everyone facing a DUI (the actual legal term is “OWI,” which stands for Operating While Intoxicated) charge will agree with it.

The problem, though, is that the court system has a very different perspective, and you need to understand it.

While it’s a fact that most people who get a singe DUI don’t have any kind of troubled relationship with alcohol, it is also a fact that, as a group, people who get a DUI do have a measurably higher rate of drinking problems than those who never get one.

In other words, while it’s true that most people who get a 1st offense DUI don’t drink problematically, it’s also true that, as a group, people who do get a DUI are more likely to have a drinking problem than the population at large.

This directly impacts how the courts treat people going through the DUI process. For example, it is a standard condition of bond in every DUI case to require the person to not consume any alcohol (or use any drugs) and to provide periodic breath and/or urine tests to prove that he or she is in compliance with that “no drinking” order.

The same “no drinking” (and no drugs, including recreational marijuana) and testing order is also a standard condition of DUI probation, as well.

In practical terms, this means that from the opening note of a DUI case in court through the last day of probation, a person is going to be living in a “no alcohol” cocoon, kind of like that “DUI burrito” mentioned above. Add in breath and/or urine testing (however sporadically), and pretty soon, a person is can start to feel like their whole life is one big consequence of that single DUI.

The court system, for its part, is always going to take a “better safe than sorry” approach, and treat everyone as if they may have, or are otherwise at increased risk to develop a drinking problem, and to keep them separated from alcohol for the duration of their DUI case.

When you stop and think about it for a minute, something like not being able to consume alcohol for a relatively short period of time isn’t – or at least shouldn’t be – that big a deal. One local Judge used to put it like this: “You’re going to take a break from drinking for a while. That shouldn’t be a problem, unless you have a problem.”

And this brings us right to the point of adjusting your mindset, because part of getting through a DUI with the fewest possible negative consequences is accepting responsibility for your own actions and understanding that there are going to at least be some consequences.

Obviously the WHOLE POINT of hiring a lawyer in the first place is to avoid as many of the legal penalties as possible. That’s the service our firm sells, and we live by the gold standard that success in a DUI case is best measured by what does NOT happen to you.

That said, unless your whole DUI case get dismissed (and that happens in less than 2% of all cases that make it to court), there will inevitably be a few consequences. As we noted earlier, they can be managed and minimized, but part of getting through the whole thing and putting it behind you is accepting the situation for what it is.

One of the most certain of all consequences for a DUI is being put on probation. A term of probation can be short and easy, or it can be long and difficult. A major factor is which one you get is your attitude.

Let me explain using a hypothetical:

Assume that Pleasant Patty and Disagreeable Dan each get a DUI in the same city, and that the facts of their case are identical (we can do that here, because this is, after all, a hypothetical). Both hire our firm.

Patty understands that, no matter what, she got caught driving while over the limit, and that her explanation for why it happened (she doesn’t usually drink much, but had a couple of Long Island Iced Teas at a baby shower for a friend) isn’t an excuse. She is otherwise cooperative, and follows our advice as we prepare her for the various steps of her case, including the ever-important mandatory alcohol assessment.

Dan, by contrast, is pissed off. At just about every turn, he’ll say “this is bull$hit.” He blames the police for pulling him over in the early morning hours, and says they were “just looking” for someone to arrest. Dan went to a golf outing, after which he and his buddies went and continued to drink at a nearby bar. He’s quick to point out that a bunch of the guys he was with were “a lot worse” than he was when they all left, and he very much feels like a victim in all of this.

To be sure, some of Dan’s feelings are normal, but in order to get past his DUI and not let it define him, Dan is going to have to step up and lose the attitude.

If Dan feels so victimized by his DUI and he decides that, because drinking is legal, he’s going to have a few beers when he feels like it, despite the Judge’s “no drinking” order, he’ll wind up back in court, probably get locked up, and have his probation extended, as well.

Instead of doing the things necessary to put his DUI behind him, Dan, in a very real way, is going to stall out, get stuck by his attitude, and let it define him.

If managed properly, a person facing a 1st offense DUI charge can wind up with nothing more than the following:

These things may be inconveniences, but they are not life-defining events.

To be sure, there are some people for whom a DUI is a game-changer: If you drive a school bus, or rely upon a CDL (commercial driver’s license) for your work, then your situation is different. Even then, there are sometime “workarounds” to protect your job, but for everyone else, it’s really a matter of adopting the right mindset and following an intelligent plan to put your DUI behind you.

For my team and I, the first order of business is getting all of the evidence and carefully evaluating it. An outright dismissal may only be in the cards for less than 2% of all people who go to court for their DUI, but our job is to do everything in our power to see if we can get the client completely out of his or her charge.

Whatever else, a DUI case won’t dismiss itself, and getting it “knocked out” can only happen by fighting those things that can legitimately be challenged. Whatever else, nobody should ever take a plea in any DUI case until every last angle of attack has been thoroughly explored and eliminated.

That said, more than 98% of all people who walk into court for a DUI are going to walk out of court on some kind of probation. The key to making sure that’s as short and lenient as possible begins with a person’s mindset, and that will affect everything from the DUI lawyer he or she hires to how they deal with what’s going to happen.

For everything else that could be said, here’s something that’s 100% true in every case: A bad attitude has never and will never help a person get a better outcome or otherwise avoid consequences in his or her DUI case.

At the end of the day, it’s entirely within your power to put a DUI behind you, and not let it define you.

If you’re facing a DUI and looking for a lawyer, be a smart consumer and read around. Pay attention to how different lawyers explain the DUI process, and how they explain their various approaches to it.

If your case is pending anywhere in the Greater-Detroit area of Wayne, Oakland, Macomb, Lapeer, Livingston, St. Clair or Washtenaw County, we can help. All of our consultations are free, confidential, and, best of all, done over the phone, right when you call.