As Michigan DUI lawyers, my team and I handle A LOT of 2nd offense cases. This is no doubt due, at least in part, to the volume of accurate and useful information we put up on our blog and website. In this 2-part article, we’re going to continue that mission and look at the reality of a 2nd offense Michigan DUI charge. We’ll skip the scare tactics and all the other BS, and focus, instead, on what a person facing a 2nd offense here, in the Greater-Detroit area (meaning Wayne, Oakland, Macomb and the surrounding counties) will actually have to contend with. 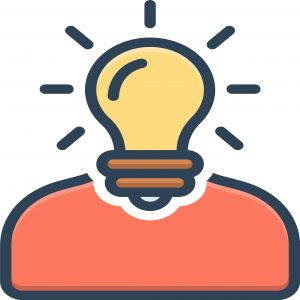 The first thing we should NOT do is exaggerate the severity of a 2nd offense DUI charge in Michigan. The reader already knows it’s serious, but – and this is really important – it’s also manageable. If not, we could just limit this whole discussion to, “Wow; you’re screwed.” Instead, we need to look beyond the potential legal penalties and negative consequences and see what it is about 2nd offense cases that makes them a big concern to both the legal system, and the Michigan Secretary of State, who is required, by law, to revoke the driver’s license of anyone convicted of 2 DUI’s within 7 years.

The problem with most legal websites is that they either focus on fear-based marketing, which attempts to frighten a person into calling the law firm that has just made itself seem as if it can “save” him or her from all potential scary fallout, or otherwise make it seem like they have some special knowledge or skill to get DUI charges dismissed that all the other lawyers somehow lack. Such tactics may be profitable for the attorneys who use them, but they overlook important, fundamental factors that must really be taken into account in order to properly handle a 2nd offense DUI case.

Perhaps the most important of these is the critical and underlying legal presumption that anyone with a 2nd offense DUI has some kind of troubled relationship to alcohol. This is huge, and it is the absolute key to really understanding how 2nd offense DUI cases work. Under Michigan law, anyone who racks up 2 DUI’s within 7 years, or 3 DUI’s within 10 years is legally categorized as a “habitual alcohol offender,” and is, as a consequence, legally presumed to have some kind of drinking problem

Although this was written into the law back in 1999, it didn’t come about as the lonely brainstorm of some state legislator; instead, it was really the formal acknowledgement of what almost everyone, and particularly the court system, had long believed about 2nd time DUI offenders.

As Michigan DUI lawyers, we have to work within (as well as around) the law and the practicalities of the court system. Although a 2nd offense DUI is a criminal matter, there’s actually a lot more involved than just technical and legal considerations.

Knowing these things, and truly grasping the bigger picture, can really help us produce a better outcome for the client.

It is helpful if the reader understands this at the outset: A 2nd offense DUI is more about a person’s drinking than anything else. Although the triggering event is the actual  2nd drunk driving episode, the court’s real focus in the case is going to be on the person’s relationship to alcohol, and, more specifically, trying to break it up.

It would be fair to call our firm a recovery-based practice. Years ago, I realized the importance of understanding the clinical side of things, so I returned to the University campus and completed a formal post-graduate program of addiction studies. Every single day, my team and I use our knowledge about the development, diagnosis and treatment of alcohol and substance abuse problems, as well as the many ways people recover from them, in both our DUI and driver’s license restoration practice.

To be clear, we’re not preachy or anti-drinking or anything like that. Instead, we are simply far more informed than we’d otherwise be no matter how many DUI cases we could ever handle. In the context of a DUI case, we use our knowledge to help prevent our clients from being “over-diagnosed,” or otherwise forced to get any kind of help they aren’t ready for, don’t need, or that is simply not a good fit.

Moreover, beyond just being Michigan DUI lawyers, the other half of our work is handling driver’s license restoration cases for people who’ve lost the ability to drive after 2 or more DUI’s.

License appeals revolve entirely around drinking problems, recovery, and sobriety.  To put it another way, license appeals are all about NOT drinking.

Remember, once a person has racked up 2 DUI’s within 7 years (or 3 within 10 years), the habitual alcohol offender designation means that he or she is legally presumed to have some kind of alcohol problem, and his or her driver’s license will be automatically revoked by the Michigan Secretary of State. This is a mandatory action, and the court plays no part in it.

To win a restoration appeal and get one’s driver’s license back, a person must prove, by what the law defines as “clear and convincing evidence,” these 2 things, among others:

First, that his or her alcohol problem is “under control.” This requires showing that he or she has been COMPLETELY abstinent from alcohol (and any and all other substances, including recreational marijuana) for a legally sufficient period of time. Although the exact period of necessary abstinence varies from case to case, our office generally requires a person to have been completely clean and sober for at least 18 months before we’ll move forward with a case, and

Second, that his or her alcohol problem is “likely to remain under control.” This means showing that the person has both the ability and commitment to remain abstinent permanently. In other words, it requires demonstrating that he or she is a safe bet to remain sober for life.

Accordingly, my team and I have to carefully screen potential clients to make sure they really have quit drinking, and also that they intend to stay quit. Only after we’ve done that can we even think about trying to prove it to the Secretary of State by that “clear and convincing evidence” standard.

Accordingly, almost all the work my team and I do – in both DUI and driver’s license restoration cases – arises out of and is related to drinking, and about half of it, in the license appeal field, is based upon recovery and sobriety.

So why should that matter to anyone facing a 2nd offense DUI charge?

In the real world, lots of the people facing a 2nd offense insist that they don’t have any kind of drinking problem, and that they were just unlucky to get pulled over. Many will go on to say they know people who drink and drive way more, but don’t get caught – like that proves anything.

As a defense, that’s worse than completely useless; it’s harmful.

We need to back up here, take a step away from the law for a moment, and understand something that is really foundational to all DUI cases. Numerous studies have shown that, as a group, people who have had a DUI have a higher rate of drinking problems than those who have never had one, and even the population at large.

Here’s the easiest way to explain this:

Imagine that you are given an assignment to go out and find 1000 people at random.

All you have to do is put together a group of 1000 people, and the only qualification is that they must either have or at least previously have had a driver’s license from some state.

You are told to call them “Group A.”

Next, you are instructed to do the same thing all over again, except this time, there is 1 additional qualification; everyone in this group of 1000 must be people who are either currently facing or who have previously had a DUI.

You are told to call them “Group B.”

No matter how you screen them, it will always turn out that “Group B” has a higher rate of drinking problems than “Group A.”

This is not some startling revelation, but rather a confirmation of what the court system has known for a long time. Put in perspective, it means that anyone who has to go to court for a 1st offense DUI automatically does so as part of a higher risk group.

Although that’s true, it is also true that most people who get a single DUI don’t have a drinking problem, either.

However, all of that goes out the window when we’re talking about getting arrested for a 2nd offense DUI.

At that point, the everyday experience in every courtroom says any such person has some kind of problem with alcohol. Above and beyond that, the law also dictates every such person is presumed to have a drinking problem, and it mandates that certain penalties be imposed as a result, like the automatic revocation of his or her driver’s license, and that he or she be ordered into counseling and/or treatment, as well.

Are there exceptions? Can there be someone who gets a 2nd DUI who doesn’t actually have a drinking problem?

Sure, but they are very rare, and, in the context of a 2nd offense OWI (Operating While Intoxicated, the actual legal term in Michigan for what everyone just calls a “DUI”) case, trying to prove one’s self as such an exception is a complete waste of time and money, because, under the law, it doesn’t matter; a 2nd offender is presumed to have a drinking problem and must be sentenced accordingly.

As a practical matter, no matter what anyone facing a 2nd offense DUI may think about his or her predicament, the reality is that he or she is a twice demonstrated risk to drive after having over-indulged. This can sometimes be hard for someone going through it to understand, because, as human beings, we naturally assess our own situation from the inside, looking out, whereas the rest of the world views us the other way around.

The ugly reality anyone facing a DUI charge has to contend with is that the news regularly carries stories of someone killed by a drunk driver. It’s a given that none of them got behind the wheel thinking, “well, I’m really wasted and I may very well kill someone trying to drive home, but, oh well….”

No. Instead, those people almost certainly (although quite wrongly) thought, “I’m okay,” or, “I’m not that bad.” That’s cold comfort, however, to anyone who loses someone to a drunk driver, and that’s the court system’s biggest worry of all.