In part 1 of this article, we began a real-world examination of 2nd offense DUI cases in Michigan. Our objective in this piece is to drill down into what a person will experience, and why, as he or she deals with a 2nd offense drunk driving charge. The major thrust of part 1 was to examine and understand that in a 2nd offense case, the real focus of the law, and, by extension, the court system, is on a person’s drinking. By the time someone winds up in court for his or her 2nd DUI, he or she has proven themselves to be a risk to the public after consuming alcohol. 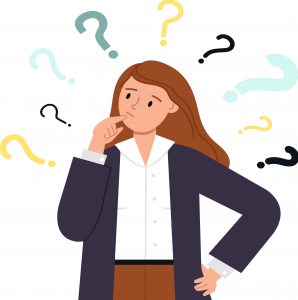 Years ago, I heard a Judge put it this way, and it has stuck with me ever since: “Society has lost its sense of humor for people like you.” DUI cases are now taken more seriously than ever. The red flag thrown up by every 2nd DUI offender is that he or she is someone who needs to be stopped from driving drunk again. It’s taken as a given that whatever was done to him or her the first time around obviously wasn’t enough. It certainly shouldn’t come as a surprise, then, that everything that will happen in a 2nd offense DUI case is going to be “tougher” than what was done in a person’s prior, 1st offense case.

The first tool the courts will use to accomplish that is to separate him or her from drinking altogether. Accordingly, it is standard in almost every DUI case – and certainly in EVERY 2nd offense case – that a “no-drinking” condition of bond will be set and the person will be required to periodically test to prove that he or she is in compliance with it. Beyond that, his or her probation will also require that he or she continue to abstain from alcohol and continue to test, in addition to completing counseling and/or treatment, among other things.

At the point where a person goes to court for his or her 2nd offense, what WON’T work – ever – is merely promising “it won’t happen again.” Every 1st offender says that, but plenty come back again for a second time.

Every 2nd offender also makes the same promise, but, unfortunately, some of them show up again, for a 3rd offense DUI, and the cycle even continues well beyond that. Earlier in the week this article was published our office was contacted by someone facing his 5th offense.

To be sure, everyone means it at the time they say it won’t happen again, but once a person has made it back for his or her 2nd DUI, it’s simply assumed that the problem isn’t with his or her intention to not drive drunk, but rather because he or she has some kind of risky and/or troubled relationship with alcohol.

No matter what else the reader may find online, This is the crux – the very heart and soul – of a 2nd offense DUI case. For everything else that is or can be at issue in any given case, nothing surpasses the court’s focus on a person’s drinking, and what it can do to separate him or her from alcohol, at least while he or she is under its jurisdiction.

Contrary to what one may first think, having a drinking problem is NOT just about drinking too often. In the spirit of what was noted in part 1, it’s natural response for a person who’s told that his or her drinking is in some way problematic to think of or point to another individual as an example of someone else who drinks more, or who clearly has a more serious problem with alcohol.

Clinically AND legally speaking, that doesn’t matter at all. The only thing that counts in a 2nd offense DUI case is that the person cited for DUI had been arrested for drunk driving – again.

If a person only drinks once every 6 years, but now has 2 DUI’s, then his or her drinking is causing a problem, and as an old therapist’s adage so aptly puts it: “Anything that causes a problem IS a problem.”

This really is what it’s all about.  It doesn’t matter whether someone drinks every day, every other day, every weekend, every other weekend, once a month, only a few times a year, or only once every few years; as soon as they’ve shown themselves to be a continued risk when it comes to drinking and driving, the whole aim of the law is to intervene and get him or her to stop.

As was pointed out, in the short run, the court will take steps to try to ensure the person stops drinking, but it can’t monitor him or her forever, so the ultimate hope is that, at a minimum, he or she never drives drunk again.

Whatever else, people who don’t drink pose no risk to drink and drive.

Accordingly, there is absolutely ZERO chance for someone facing a 2nd offense DUI to make things better by trying to argue that they don’t have any problem with drinking, and/or that they were just unlucky.

In fact, there’s about a 100% chance that saying that kind of stuff will only make things worse.

In the online marketplace of lawyers, some of whom engage in what can almost seem like carnival-barking for business, and among both the “we fight everything” law firms, and the “affordable,” cut-rate legal operations, this critical reality is, unfortunately, almost entirely ignored.

In the context of a 2nd offense DUI charge, however, that’s just outright dangerous.

To be sure, every aspect and every shred of evidence in every DUI case should be inspected carefully and see if there is some way to beat the charge. It’s a lawyer’s DUTY to challenge any evidence that can be excluded, but merely fighting for the sake of fighting just runs up a bill to the lawyer and produces absolutely no benefit for the client.

A proper defense needs to be based upon an intelligent strategy.

If a person did drink enough to be over the limit, and there isn’t any critical flaw with the way the evidence was gathered, or any genuine question as to its reliability, then the best course of action is to be proactive and take the necessary steps to avoid and/or minimize as many of the legal penalties and negative consequences as possible.

To that end, my team and I have had tremendous success using Sobriety Courts for some of our 2nd offense clients, but that harkens back to something noted earlier in this installment: We don’t preach. Instead, we’re here to offer help to someone who wants it.

A Sobriety Court is a special program authorized in certain courts that provides extensive counseling and treatment for repeat offense drunk drivers. Funded by the state, these programs grant access to thousand of dollars worth or rehabilitative options, either for free, or for a nominal cost.

One of the biggest rewards is that a Sobriety Court Judge has the authority to override the mandatory driver’s license revocation and grant a restricted driver’s license to anyone who is in the program.

A person must be screened for admission into Sobriety Court, and, if accepted, he or she basically signs a contract outlining his or her obligations thereunder. There are strict rules, as these programs are demanding, and there are specific and graduated jail punishments for things like testing positive for alcohol.

Different programs have different structures, but usually, after a 3rd failed alcohol or drug test, a person gets kicked out and goes back to court to be sentenced all over again as a regular DUI 2nd offender. Of course, the Judge won’t be very happy…

It is now an established fact that those who complete Sobriety Court programs are not only serious about getting and staying sober, but also, as a group, make excellent candidates to appeal for a full driver’s license when they’re eligible.

To be clear, Sobriety Court programs exist to provide help for those people who really do want it. They should not be seen as a way for someone to try and sidestep any of the penalties that come with a 2nd offense DUI. In other words, nobody should be lured or pushed into sobriety court who isn’t sure that his or her drinking has become a problem and really wants some help fixing it.

There are, of course, lots of other strategies that can be used to minimize the consequences of a 2nd offense DUI case in addition to Sobriety Court, and my team and I use them all the time. Whatever else, our firm lives by the motto that “Success in a DUI case is best measured by what does NOT happen to you.”

It doesn’t matter if a person is facing a 1st, 2nd or 3rd offense DUI, because at the end of the day, when it comes to avoiding penalties, less is always more.

Still, it is just a fact that anyone going to court for a 2nd offense DUI is walking into something of a $hitstorm. This doesn’t mean he or she is necessarily going to jail, but this is NOT going to be a walk in the park, either.

Absent getting out of the charge completely, the person’s driver’s license must be revoked, he or she will absolutely be ordered to not drink and required to test regularly, and will also have to go through some kind of counseling (albeit less than someone in Sobriety Court) as part of what will be a far more intense probation than was ever imposed for his or her first offense.

Our job is to make sure we avoid and minimize as many of those legal penalties and negative consequences as possible. This can all be managed, and, as noted above, there is no reason to be scared of some long jail sentence that won’t be coming. However, the more proactive a person is willing to be from the outset, the better.

As one of my favorite sayings goes, “Good work is the key to good fortune; winners take that praise, losers seldom take that blame.”

This means that the best results come about through the combined and worthwhile efforts of the lawyer and the client. There is no lawyer who has a magic wand or secret legal maneuver to make a DUI charge just go away. Whether it’s practicing architecture, dentistry, engineering, law, or medicine, the key to doing the best job possible is to remain focused on the fundamentals and never take shortcuts.

Attention to detail and a conscientious approach will always produce the best outcome.

Although we could spend forever digging further into the nuances of 2nd offense cases, what we’ve covered in these 2 installments should at least give the reader a sufficient overview of how things work, and what to expect.

If you’re facing a 2nd offense DUI and looking for a lawyer, be a savvy consumer and read around. Pay attention to how different lawyers explain these cases, and how they break down their various approaches to them.

This blog is a great place to start. With more than 560 fully searchable articles articles to-date in the DUI section, and plenty in the 2nd offense DUI section, there is more useful information here than can be found anywhere else.

Don’t take my word for it, though. The best thing you can do for yourself is to compare lawyers. As part of that, check around and call around; you can learn a lot by speaking with a live person.

If your case is pending here, in the Greater-Detroit area (meaning anywhere in Wayne, Oakland, Macomb or the surrounding counties), give us a ring, as well. All of our consultations are free, confidential, and done over the phone, right when you call.