A 3rd offense DUI charge is a big deal, yet contrary to how things may seem at the moment, it does not mean that you are going to lose everything or get locked up for months on end. This article is going to be a plain spoken, real life examination of what really happens and what you can expect by way of jail in a third offense drunk driving case. 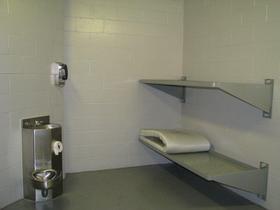 The key here is that we’re going to look at the reality of the situation; it’s easy to get caught up in all kinds of “what if” questions, but the hard, cold truth is that unless the police really screwed things up, or you are otherwise being falsely accused of driving over the limit, you are very unlikely to take the case to trial and be found “not guilty.” Similarly, those situations where the Judge just throws the case out of court are always the exception, and never the rule. If you really want to make things better, then taking an honest look at things is as good a place as any to start.

As a starting point for this article, we can bypass much of the stuff leading up to your arrest. As a Michigan DUI lawyer, I can detour endlessly (and have in many of my other DUI articles) into analysis of things like reasonable suspicion, probable cause, field sobriety tests and breath and/or blood test results.

Since you already have been arrested for and charged with a 3rd DUI, then that’s where we’ll pick up. Of course, you can and should expect your lawyer to go over every shred of evidence that led to your charge to see if there is some way out of it. It is important to realize that while the bargain-priced or court appointed lawyer is not getting paid for careful attention to detail, just because a lawyer quotes a high fee doesn’t mean he or she is doing anything more, or is otherwise worth it.

If there’s one bit of advice every honest lawyer would agree with, it’s that you should really do your homework as a consumer. You should read a lot of what DUI lawyers have written (and if someone hasn’t written much, then take that as a big clue), but you should also read between the lines, as well.

The truth here is a bit cold, and I’m sure most lawyers and marketing experts would simply try to “dodge” or talk around this very key question: Am I going to jail? Usually, when you ask that question of a lawyer, you’ll get a whole bunch of babble about evidence and things like case law and blah blah blah, but never a straight answer.

At the end of the day, the honest response is that if you’re facing a 3rd offense DUI, there is a good chance that you’re going to have to do some time. The law requires a minimum 30-day jail sentence in a 3rd offense case, yet it is possible, in some cases initially charged as a 3rd offense, to avoid even that. Of course, everyone wants his or her case to be “that” case, but certain facts, like where your case is pending, can be the deciding factor on whether or not that’s even possible. It’s easier to identify those cases where avoiding is unlikely than it is where it can be done, so here is a short list:

Yet it sometimes seems like there are 2 realities. No doctor wants to walk in and tell a patient that things look really bad, so the patient should just go home and write out a will. Instead, it is a natural, human instinct to offer hope and encouragement. Lawyers often do the same thing.

However, when it comes to marketing one’s self as a lawyer, the chance of getting hired is much better when it seems like you can produce better results, or at least the desired result. In my driver’s license restoration practice, for example, I take that to a whole different level by guaranteeing that I will win every case I take, although I will only take license appeal cases for people who are genuinely sober. I can provide that guarantee because I know that I can back up what I say with results.

There is no possibility of doing the same thing in a 3rd offense DUI case. In fact, out of over 32,000 DUI arrests in 2014 (the last year for which statistics are, as of this writing, available) only 68 went to trail and won. That equals .21 (that’s point-two-one) percent, meaning that whatever else happened, the other 99.79% of the others arrested never heard the words “not guilty,” even though plenty of them probably paid over a kings’ ransom for a chance to do so. To put this more clearly and directly, over 99% (99.79%, to be exact) of all people arrested for a DUI in Michigan didn’t win their case by going to trial.

This is hardly a reason, though, to give up or to just be sold out or otherwise roll over. I don’t like to give away details that could identify the client or the court, but just this past week a client of mine stood before a Judge in a 3rd offense DUI case. He had blasted over a parking stump and crashed through the front of a commercial building, causing about $10,000 worth of damage to the storefront. He refused a breath test, and his BAC was well over .20.

Still, with lots of focused work, I was able, despite the probation department’s recommendation for a 60-day sentence, to have him sentenced to the legal minimum of 30 days (which, as noted, means about 23 actual days) with the provision that he can be released to a special out-patient program within a few days. In another case from a few months before, a client who was being sentenced for his 7th DUI overall was given 15 weekends instead of 30 straight days.

For me, producing results like this is all in a day’s work, but acting like I can get any and every DUI case dismissed with the flick of my wrist is not. If you’re smart and you want results, you carefully invest your money and watch it grow over decades. If you want a quick fortune, you buy a lotto ticket. 40 years later, most of the people who invested their money probably got what they bargained for, while very few of the lotto gamblers have anything to show for it.

From where I sit, if a lawyer has worked with these cases for decades, he or she has either gotten good at being honest with people, or has learned to skillfully avoid talking directly about the issue of jail in a 3rd offense case. I prefer the honest approach, always keeping in mind that while it’s easy to tell (and sell) somebody what they want to hear, it is better to be truthful and tell them what they need to hear. I know how I’d want to be treated.

If there’s one thing I never want, it’s to stand next to a client in court who turns to me and says, “But you told me….” No thanks. I’ll be up front about this subject both now and later. I want to produce the very best outcome possible for my client, and that, of course, means the most minimum sentence we can get. Still, I’d rather pleasantly surprise a client than ever disappoint him or her. I live by the maxim to treat others as I’d want to be treated.

Yet we have to bear in mind that in many of these DUI 3rd cases, if things have been handled well, in about 3 weeks and a couple of days, the whole jail thing is over and done with, but the case is not. In fact, it’s far from over. There will be probation, and that will last for at least 18 months in most cases. In places like Oakland County, the probationary period in a 3rd offense DUI will likely go on for 24 months, and 36 months isn’t beyond the realm of possibility, either. We need to minimize that, and all the stuff you’ll have to do (and won’t be allowed to do) as part of that probation.

Normally, people on probation have to “test,” meaning provide breath and/or urine samples to prove that they’re not drinking of using drugs. To put it bluntly, this can be a huge pain the you-know-what, as well as a nagging expense. We can talk about it until the cows come home, but in a DUI 3rd case, we need to actually do something about it, as in minimize it. The same goes for counseling and treatment. Here, my clinical background in addiction studies allows me to put in more than just a lawyer’s “lawyerly” objection to the Judge.

Study after study shows that the “wrong” kind of treatment or counseling is worthless. Some people, for example, thrive in AA. Others hate it. One reality that cannot be ignored, however, is that sometimes, certain counselors or programs, like AA, have a way of breaking down barriers (think denial) in people’s minds, and all of a sudden, a person who didn’t like going to his or her counselor or going to support group meetings becomes receptive. That, however, is far more the exception rather than the rule, so I use my clinical knowledge to try and help my clients find the kind of counseling that works for them, right out of the gate. Usually, that means less. When it comes to anything you are required to do, I’ve found that less is always more….

There is, of course, more to this. For my part, I simply want to open the dialogue about what you can expect in a 3rd offense DUI case with some candor and honesty. If you’re facing an Operating While Intoxicated (OWI) 3rd offense charge, do your homework before you hire a lawyer. Be skeptical and critical of the information you find. Ask questions. If something sounds too good to be true, then it probably is. If you’re case is anywhere in Macomb, Oakland or Wayne County, make sure you that as you call around you contact my office, as well, to see how my take on your situation compares with the other information you’re getting. All of my initial consultations are done on the phone (no need to come it) during regular business hours (8:30 to 5:00), Monday through Friday. We are here to help, and can be reached at 586-465-1980.