It’s a good thing to be a novice when it comes to facing criminal charges. As very experienced criminal lawyers, my team and I are lucky to spend most of our time with clients who are relatively inexperienced with the criminal justice system. A good person who finds themselves in a bad situation will do well with a lawyer who understands that all of this is new to him or her, and who can make things understandable for what is hoped will be a one-time (or last) trip through the criminal court process. 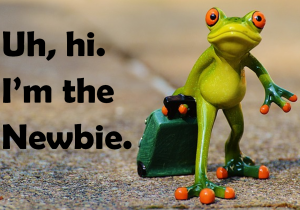 Although we do handle a lot of 2nd and 3rd offense DUI cases, and even though they’ve been through the system before, those clients aren’t any kind of “criminals” in any real sense of the word. My team and I specifically concentrate our practice on the kinds of charges that don’t attract career criminals. DUI drivers may be facing a criminal charge, but repeat offenses in this field are much more about a troubled relationship to alcohol than anything else. Thus, even for people who have prior DUI convictions, the whole experience of getting arrested again for a subsequent DUI is unnerving, and still seems like a whole “new” experience.

It is, of course, normal for someone who suddenly finds him or herself having to hire a defense lawyer to have every intention to make the whole thing a one-shot deal. This is similar to needing a root canal, where a person is glad to find professional help, but hopes to never need the person’s services again. We get that a lot, and that’s a good thing. People with no, or relatively minor prior criminal records will usually fare better. Who you are (and who you are not) as a person matters in criminal and DUI cases, and the lawyer’s job is to use that to your fullest advantage

The best way to do that depends on a number of factors, and is always, at least to some degree, unique to the case itself. Even though justice is supposed to be blind, there isn’t a cop on the street or Judge on the bench who can’t tell the difference between an otherwise law-abiding person who screwed up, and some veteran convict trying to game the system. The dental hygienist facing her 1st or 2nd DUI is a world apart from the guy on parole who just picked up some new charge.

In fact, the difference between these types is so significant that my practice specifically aims to represent the kinds people who don’t regularly get in trouble (independent of whether their charge is a misdemeanor or a felony) while avoiding the career and hardcore criminal types. Because we concentrate in things like DUI’s, driving offenses, indecent exposure and license restoration (the vast majority of our cases have something to do with driving, or are at least connected to a motor vehicle), most of the people with whom we speak are very worried about how a charge may impact their employment and their lives.

This experience allows us to do more than just make half-baked reassurances, like “you’ll be alright.” Chances are we’ve seen situations like yours countless times. We’ve had a million nurses, doctors and engineers who have worried about losing the ability to drive, to travel, or just practice, facing a myriad of charges, like OWI, suspended license, and even indecent exposure.

We know what to do, and how things will work out.

We meet with our clients in the office, not in jail. Because of the kinds of cases we handle and people we usually represent, we don’t have to do jail visits to sit across from someone facing charges of armed robbery and/or being a habitual offender and figure out how much prison time he’s facing. Almost all of our “time” calculations for clients have to do with probation, and how long a person is likely to be on it.

That’s scary enough for most people. I truly believe that it’s important for the lawyer to not only understand the client’s legal situation, but his or her emotional and mental situation, as well. When someone who has never been in trouble before winds up facing some kind of criminal charge, even if it’s a DUI, they’re stressed. As I noted in a recent article, everyone reacts to stress differently; some people go full freakout, while others are more calculating.

One development of the internet age is the availability of information. On the one hand, it’s great that people can hop online and learn about a few things their situation, but on the other hand, one thing we, as lawyers, have to guard against is the truism that “a little knowledge is a dangerous thing.” Although this phenomenon is probably wide-reaching and affects just about everyone who provides services of any kind, I doubt anyone suffers the consequences of it more than doctors and lawyers.

As diplomatically as I’d like to put this, the simple truth is that it’s a pain the a$$. I recently received an email (reprinted exactly as it came in) from someone that illustrates my point:

I have a friend who is charged with operating a vehicle with a BAC of .17 or higher. The blood test revealed .24. She wants to file a motion to suppress the blood results based on violations of due process, but all of her court appointed attorneys claim there was no violation and have all asked to be removed as counsel. She is on her 4th court appointed attorney now. She has several good arguments but my question to you is why none of these attorneys see the value in her arguments? Well, at least in one of her arguments?

The one argument involves challenging the implied consent law. SCOTUS ruled in the 2013 McNeely case that an officer needs to get a warrant for a blood draw, minus exigent circumstances and actual consent as there is a 4th amendment issue. But many states continued to criminally punish those who refused consent, and the other states continued to civilly punish those who refused to consent which led to the 2016 Birchfield SCOTUS decision where it was ruled that one cannot be punished criminally for such a refusal. The question of a civil punishment was never asked nor decided so the states continue to civilly punish such a refusal by taking away one’s privilege to drive.

It seems to me that there is nothing more unconstitutional than this. I have racked my brain trying to understand why no one here in Michigan sees this. It is recognized by every state that one has the right to refuse a blood draw, standing on the grounds of the 4th amendment, but yet they are saying, “if you choose to exercise your 4th amendment protection we will punish you civilly.” Does this not conflict with the immunities and privileges clause of the 14th amendment? I mean let’s really think about this. The government acknowledges that one has a right to refuse a blood draw based on a constitutional protection, yet if one stands on this protection, one is penalized for doing so. How can this be? How can the government take any action, much less a punitive one for exercising a constitutional protection which they recognize as fundamental?

Please help me to understand why my friend’s attorneys do not see this. On it’s face, this part of the implied consent law is clearly unconstitutional.

Of course, I’d have no inclination to deal with this kind of mess for someone looking to hire me, much less someone just looking for answers for a friend who is sending every lawyer they’ve had running for the hills. However, this illustrates my point: there is much here that the writer got correct, but what he or she doesn’t understand is so foundational to the how and why of things that it accounts for why he or she (and the “friend”) is wasting everyone’s time.

What would fix such misunderstandings? A law degree.

I’m sure it’s the same for doctors. Even if a person does understand quite a bit about a certain condition, without the fundamental understanding of the body as a system, and all the things that underlie it (like biology, chemistry and the laws of physics, drug interactions, etc.), it means that at some point, the poor physician is going to have to waste time with someone who is “playing” doctor and try to explain that it doesn’t work like that.

Pain in the a$$ that it may be, every doctor or lawyer is going to have to deal with it.

The email above is a bit of an extreme example, but if one is going to practice law or medicine, it means understanding that people will arrive at your door in various states of concern, confusion, or outright panic. Either you learn how to deal with that and calm them down, or you carry on like a cold jerk.

For my part, I think that a lawyer either has the instinct to want to make someone feel better, or not, and I’m proud that my team and I do. Whatever else, we’re the people whose shoulders you can cry on, and who will offer back a tissue and a warm smile and a meaningful explanation. We may not tell you exactly what you want to hear, but we are always honest, and tell you what you need to hear, and do it with an inherent and obvious sense of compassion.

It is a good thing to be a novice in, or at least not a veteran of, the criminal justice system. Such “newbies” are best served by a lawyer who, beyond sharp legal skills, understands what he or she is going through, and can address their particular concerns.

Of course, that describes my team and I, but before the reader rolls his or her eyes at what might seem like a well-crafted self-promotion, let me make a few final points:

First, although our driver’s license restoration practice is state-wide (and, indeed, nationwide), my criminal and DUI practice is NOT. We only handle cases pending in the Detroit-area courts of Wayne, Oakland and Macomb counties (we’ll go to courts in Lapeer, Livingston and St. Clair counties from time to time, as well), so any reader living outside of the Greater Detroit area can take what I say to heart and use it as he or she looks for a lawyer local to their case.

Second, and most importantly, I believe EVERYONE should put genuine effort into finding the right lawyer. Anyone who needs legal representation should do some comparison shopping.

Although my office more or less stands alone in saying that, rather than “Call Now!”, the fact is, anyone who would suggest that you do anything less than exercising good consumer skills and examining all of your options is someone to be avoided.

Any decent lawyer understands that a potential client should and is going to look around, and should encourage him or her to do just that. To that end, I highly suggest that you read around. See how lawyers address your concerns and explain themselves and how they do things.

When you’ve read enough, then check around. You can learn a lot by contacting a lawyer’s office. All of our consultations are free, confidential, and – most important – done over the phone, right when you call. My team and I are very friendly people who will be glad to explain things, answer your questions, and even compare notes with what you’ve heard from other lawyers. We can be reached Monday through Friday, from 8:30 a.m. until 5:00 p.m., at 586-465-1980.