Usually, the biggest concern for anyone facing a Michigan criminal charge is staying out of jail. My team and I see that in just about every case we handle. It doesn’t matter if a person is facing a charge for assault, disorderly person, DUI, embezzlement, indecent exposure, or anything else. Everyone’s first order of business is to avoid jail, and that’s understandable. However, there is another important and even farther reaching concern, and that’s what does (and doesn’t) wind up on a person’s record. 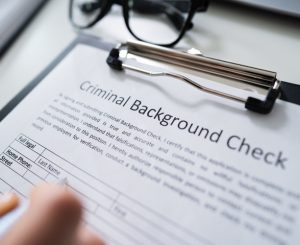 The good news is that the fear of going to jail often misplaced. Avoiding it, at least in the kinds of cases our firm handles, is usually not too difficult. In many cases, it’s because my team and I do good work. In other cases, however, it’s because jail simply isn’t on the menu in the first place. What is at issue in every criminal case is the potential damage that can result from a conviction when it goes on a person’s criminal record. We live in the Information Age now, so that can have a profound effect on one’s future.

The upshot, of course, is that it’s critical for us to protect that record. The importance of this can sometimes get lost in all the panic over going to jail. Unless a person has a bad prior record, or has done something truly heinous, keeping him or her out of jail is easier than keeping his or her record clean. If a person is being considered for a job, and some kind of conviction that might make a difference to that employer shows up on a background check, the mere fact that he or she did  or didn’t go to jail isn’t going to matter. Let me explain….

Say Light-fingered Larry was working at a department store. One day, he helped himself to a few pairs of jeans. The store found out, fired Larry, and reported this to the police. Larry was charged with misdemeanor embezzlement. His lawyer wasn’t too sharp, so although he didn’t go to jail, Larry wound up with a conviction for embezzlement on his record.

Now, he’s interviewing a sales position at Honest Abe’s Appliances. Once they check his record and see his embezzlement conviction, it’s game over for Larry. Do you think that anyone cares that he didn’t go to jail for his embezzlement offense? In fact, he’d be far better off if he DID serve some time in jail, but then had nothing wind up on his record.

I’ve said this in passing before: A good lawyer has a good plan; a great lawyer has a better plan. That’s not to say there is some secret strategy known only to a special group of criminal attorneys. Instead, a lawyer has to begin work in a criminal case with the primary intention of keeping the client’s record completely clean.

If that can’t be done, then it is imperative to keep it as clean as possible, and minimize anything that does go on it. This applies to everyone, no matter what the charge(s) he or she is facing.

This is particularly important to anyone with a professional license, or who has an employer that requires reporting a criminal conviction. It also applies to anyone whose employer will run a background check. In most instances, just being charged with an offense doesn’t count. Instead, it’s the conviction that matters.

There are, of course, all kinds of things that can and must be done to properly handle a criminal case. First and foremost, every shred of the evidence must be carefully evaluated to see if there is a way out of the charge. One of the biggest mistakes some lawyers make is to just “look things over.” Essentially, that means the attorney is doing a cursory review to see if anything “jumps out.”

When dealing with a criminal case, the lawyer needs to put the evidence under the proverbial microscope. He or she must go over it with a fine-tooth comb. The defense attorney must begin evaluating it with the mindset that there IS something wrong, either with the evidence itself, or how it was obtained.

To be sure, that won’t change the facts that do exist. Whatever is there is there, but by undertaking such a careful analysis, my team and I often find smaller things that might otherwise be overlooked. Maybe none of those smaller things, standing alone, is enough to get a case thrown out, but when taken together, they can add up in helpful ways.

Ultimately, if a lawyer can’t get a criminal case dismissed outright, then he or she has to work things over to produce the very best result possible. In the context of our discussion here, that means protecting the client’s record and keeping it as clean as possible. Whatever else, success in any criminal case is best measured by what does NOT happen to you.

Of course, sometimes the evidence is clear, and strong, and there is no way to just get the whole criminal case tossed out of court. Although we could go over a million examples, here are a few of the more common ways we can successfully resolve such situations:

When it comes to your criminal record, and to borrow a common euphemism, less is always more.

There are numerous strategies that can be used to achieve these goals. They all work better, however, when the lawyer is determined to protect the client’s record right from the start of a criminal case.

Even when a conviction can’t be avoided completely, there are expungement laws that can help remove many convictions later. That said, it’s best to avoid getting anything on your record in the first place. If not that, then it’s still better to at least have something less serious wind up there. That can only help any future expungement.

Because so many people get unnecessarily freaked out about jail, they leave themselves vulnerable to a less-than-optimum outcome in their criminal case. If a lawyer only cares enough to satisfy the client’s desire to stay out of jail, then that person is essentially being sold short. This is particularly true in those cases where jail simply wasn’t on the menu to begin with. This is particularly true in indecent exposure cases, where the client is usually very nervous.

In other words, what value is there in having paid some lawyer to stay out of jail when you weren’t going to sent there in the first place?

Many people don’t understand this. They get a criminal or DUI charge and see that it carries a potential jail term, and that’s enough to cause distress. Their whole focus is on not getting locked up. Once they are assured that won’t happen, the sense of relief is overwhelming.

The point I’m trying to get across here is that, in many cases, jail isn’t likely at all. Even in those cases where it is, you pay a lawyer to do what’s necessary to avoid it. Taking that next step – protecting your record, should be a primary goal in every criminal case.

It is for my team and I. We fully realize that, if we do our jobs correctly in a criminal case, our clients may never know the value of what we’ve done. That’s the way it should be.

Imagine that someone shows up in the emergency room with a really bad gash, and part of a broken bottle sticking out of their arm. If the attending physician gets out all the glass and the person doesn’t experience a lot of pain or have any loss of function, he or she will likely be satisfied.

What if, however, the doctor takes the time and pays extra attention to stitching up the cut so that the scar heals almost invisibly? Isn’t that better than just getting “fixed up” but having a huge scar? Maybe the person would have simply accepted that big scar was a consequence of his or her injury. Even so, isn’t it preferable to get a doctor who cares enough to do what’s necessary to minimize it?

The lesson here is simple: If you’re facing a criminal charge, make sure that your record is protected as much as possible. Look past the short term, remembering that in most cases, jail isn’t likely, anyway. In fact, not to make light of it, but most county jails couldn’t handle it if the Judges incarcerated even 2% of those who appear before them.

If you are facing any kind of criminal charge and looking for a lawyer, be a savvy consumer and read around. Pay attention to how different lawyers explain the criminal process and how they explain their various approaches to these cases.

This blog is a great place to start. It is fully searchable and updated twice weekly.

Our firm concentrates its criminal practice in the local courts of the Greater-Detroit area (meaning Wayne, Oakland, Macomb and the surrounding counties). If your case is pending here, make sure you give our office a ring, as well.