As a Michigan criminal and DUI lawyer, I am contacted all the time by people facing something like a drunk driving, suspended license or possession of marijuana charge and are worried about the upcoming date on their citation.  In this very short article, I merely want to explain what this means and help the reader understand that, for the most part, and despite what it may seem like, the date on your ticket is most often NOT any kind of fixed “court date.”  This is very relevant to those who contact me after something like a DUI arrest. worried about getting an appointment right away and saying something like, “My court date is next Tuesday.”  To be sure, every criminal case begins with a first court date called an arraignment.  I’ve written extensively about that, and would encourage the reader interested in a detailed examination of what that proceeding is all about to read the linked articles.  Here, we’ll look at arraignments in more superficial terms of its position in the larger picture of a criminal or DUI case and how it gets started. 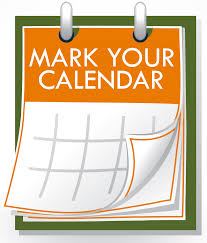 Sometimes, a person is brought before a Judge or Magistrate for arraignment while he or she is in custody after an arrest.  This can be done by video or by actually having the person come into a courtroom.  If you’ve already done that, then you can skip this article entirely.  For everyone else, imagine your notice to appear or instruction to otherwise contact the court (this can be on the ticket, on a separate piece of paper, like a bond receipt, or just be something the police tell you as you’re released) in the way you’d think of an email confirmation to register with a website; once you confirm your contact details, then all relevant notifications can be sent to the right place.  Before you wonder what the hell that means, let’s look at one of the most common situations following an OWI arrest: A person is released with a ticket that arises them to appear in court “on or before” a certain date, or to contact the court within so many days.  If the person just picks up the phone and calls the court, many times, the clerk will simply confirm the person’s address and then tell him or her that notice of when to appear will be sent.  That notice can be for something called an arraignment, a pre-trial date, or a combined arraigment/pre-trial; the details don’t matter as much as the fact that all a person needs to do is call the court to find out what to do next, and much of the time, he or she will be told to just wait for something in the mail.

In some cases a person is given a date to appear for an arraignment.  The short explanation of the arraignment is that it is a proceeding in which a person is formally told the exact charge(s) against him or her ( e.g., Operating While Intoxicated), advised of his or her constitutional rights (“You have the right to a lawyer…”), and given conditions of bond (“Do not leave the state without the court’s permission…” etc.).  For those released from lockup without posting any money, a bond amount (usually a few hundred dollars, at most) may be required, as well.  In many courts, depending on the charge, that arraignment can be “waived” by a lawyer so that a person does not need to go.  When a lawyer files the papers to waive an arraignment, a “not guilty” plea will automatically be entered for him or her, and the person and the lawyer will await a notice from the court to show up for what’s called a “pre-trial” date, where discussions about resolving the case are had between the lawyer and the prosecutor.

There is no hard and fast rule here.  In fact, even in the same courthouse, one Judge may allow a waiver of the arraignment in a certain kind of case that another will not.  And if that’s not enough, things are still changing.  For example, whereas it used to be the case that most courts would allow an arraignment to be waved in OWI (Operating While Intoxicated) cases, the introduction of High BAC charges changed things up.  Now, most courts do NOT allow the waiver of arraignment in High BAC cases, and an increasing (although not huge) number of courts have stopped allowing it in OWI cases, as well.  It really all depends on the location of your case and the Judge presiding over it.

If there’s a takeaway here, it’s that the date on your ticket is probably not as important, and certainly not as “set,” as you may fear.  The easiest and quickest thing to do is call the court.  In something like a DUI, suspended license or possession of marijuana case, the clerk may not get into all the stuff about your lawyer being able to waive your arraignment, but at least you’ll find out if you have to show up by, or on a certain date, or, as is more likely the case, wait for a notice in the mail.  And even if you have to show up on or by a particular date, there is a good chance that, by hiring a lawyer, the arraignment can be waived so you won’t have to appear anyway.

The bottom line is that you probably don’t have to scramble like a madman, or madwoman, for an upcoming court date that really isn’t going to take place.  This means you can and should take your time to find a lawyer.  Sure, I could just say, “call me,” but in the first place, I only handle criminal and DUI cases in the Tri-County, Metro-Detroit area, and second, the most important thing you can do is NOT hurry up just to get an attorney.  Take the time to be a good consumer and find the lawyer who is a good fit for you.  In that regard, you should not put too much stock into the operation that has a 24-hour answering service, or whose best tactic is to call you back first.  Use the lack of urgency to do your homework, and read articles to find the lawyer whose “voice” speaks to you, and then call around.

If you are facing a criminal or DUI case here in the Detroit area and are looking to hire a lawyer, you can reach my office Monday through Friday, from 8:30 a.m. until 5:00 p.m., at 586-465-1980.  We do all of the consultation stuff over the phone, right when you call, so you don’t have to worry about anyone calling you back.  Whenever you’re ready, we’re here to help.